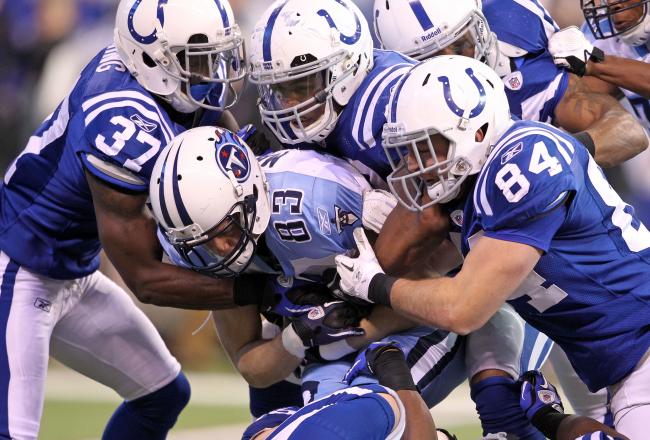 NFL News and Rumors
If you’re searching for valuable NFL betting lines and odds, then you should take a look at the divisional derby between the Tennessee Titans and the Indianapolis Colts this coming Sunday. The game itself is like a tale of two opposite sides of the same coin. Essentially, both teams are tied at a 1-2 start of the season. The only difference is that, whereas the Titans won their first game and followed it with two successive defeats, the Colts came back from a poor 0-2 start of the season to record their first win last week.In the last five meetings between these two divisional rivals, the Colts have emerged victorious in all of them, both straight up as well as against the spread. For this reason, they are big betting favorites to win the game. Meanwhile, the Titans’ woes are seemingly going from bad to worse and, if their unlucky wheel of fortune is to be reversed, they will need to tap into the magic that saw them win their first game of the season.Game: Tennessee Titans vs. Indianapolis ColtsVenue: Lucas Oil Stadium, IndianapolisDate: Sunday, September 28, 2014Time: 1:00 PM ETGame Odds:TITANS: +8-110, OV 46 -110, ML +290COLTS: -8-110, UN 46 -110, ML -340Betting on the TitansFor many ardent football lovers, especially the Tennessee fans, the fatal car accident of former Titans’ player Rob Bironas a few hours before their game against the Cincinnati Bengals was sad and very untimely. That being said, losing 33-7 to the Bengals and lacking concentration in the entire game was simply unjustifiable, even if we factor in the negative effect of the tragedy.If the Titans are to win Sunday’s game, the whole team, starting with cornerback Blidi Wreh-Wilson, quarterback Andy Dalton and kicker Ryan Succop, must avoid squandering their chances like they did against the Bengals.In addition, Jake Locker should provide better leadership to the team—completing 17 of 34 passes for 185 yards against the Bengals was not good enough, and it certainly won’t be satisfactory against a strong attacking Colts’ team. Against Kansas, Locker performance and combination with Delanie walker was impressive. Both players can easily put in decent performances if they can combine and take advantage of the frequent defensive lapses in the Colt’s secondary.Betting on the ColtsDeductively, the Colts will be full of confidence after blowing out the Jacksonville Jaguars 44-17 in last week’s game. More importantly, the Colts have a strong aerial game averaging 303.67 yards per game. Attack-wise, Andrew Luck is in fine form. Against the Jaguars, he completed 31 of 39 passes for 370 yards and four TDs.The strong attack by Luck is supplemented by players like Reggie Wayne, Dwayne Allen and Ahmad Bradshaw whose excellent ball movements and awesome playmaking abilities were showcased in their last game. Based on such skills, the Colts could easily tear apart the Titans.It should, however, be noted that the Jaguars lackluster performance in last week’s game did not present much competition to the Colts. Furthermore, the Colts lost their first two games. In essence, this signifies that a strong pass defense and revitalized attack could open up the Colts.The Verdict Based on the existing NFL betting odds, bettors should generally expect a strong start from Titans, followed by a strong comeback by the Colts who will eventually win the game. The game will be won based on stunning individual displays by key players rather than coaching tactics.
Older post
Newer post