NFL News and Rumors
If you’re a sports betting buff that is looking for more ways than ever to increase your chances of having a successful 2015 wagering season, then you’re in luck thanks to this fun-filled look at the top 10 offseason moves in the NFL.That’s right football bettors, by finding out just which teams pulled off the best transactions this offseason, you’re going to be able to make more informed wagers than ever before, thereby, increasing your chances for betting success this coming season.Okay, with all that said, let’s rock and roll.

“He’s young, kind of similar to Tim Tebow in a way, he just wants to win.” http://t.co/of1PpCJYVW pic.twitter.com/dRKgTGBtUt 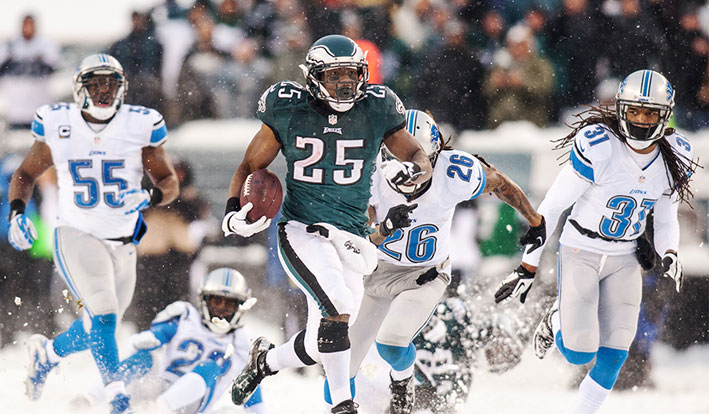 Run-happy Buffalo Bills first-year head coach Rex Ryan got a big, new shiny toy for his ground-and-pound offensive attack when he suckered Chip Kelly and the Philadelphia Eagles into trading superstar running back LeSean McCoy for second-year linebacker Kiko Alonso. McCoy has finished third in rushing this past season after leading the league in 2013. This flat-out ‘steal’ by Ryan and the Bills was so one-sided that it should put them on the top of somebody’s most wanted list. 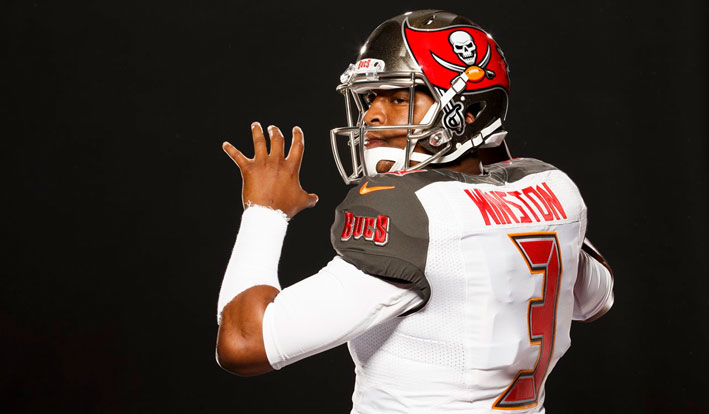 The Buccaneers needed a franchise quarterback in the worst way and I believe they got one in No. 1 overall draft pick Jameis Winston. Sure, the former Florida State signal-caller had his share of off-field drama while hanging out with Sponge Bob and Mr. Krabs, but there’s no denying that Winston is as athletically gifted and as intelligent as any young quarterback to come into the league in recent memory…at least football-wise. 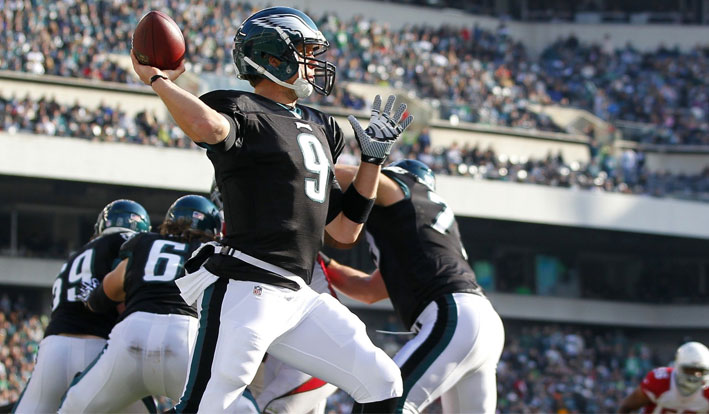 One man’s trash is apparently another man’s treasure. I believe the St. Louis Rams were extremely wise to trade perennially disappointing quarterback Sam Bradford for Philadelphia Eagles signal-caller Nick Foles. Lest anyone forget, Foles threw 27 TD passes and just two interceptions in leading Philly to the playoffs in 2013 and that’s the kind of season that Sam Bradford may never come close to approaching. 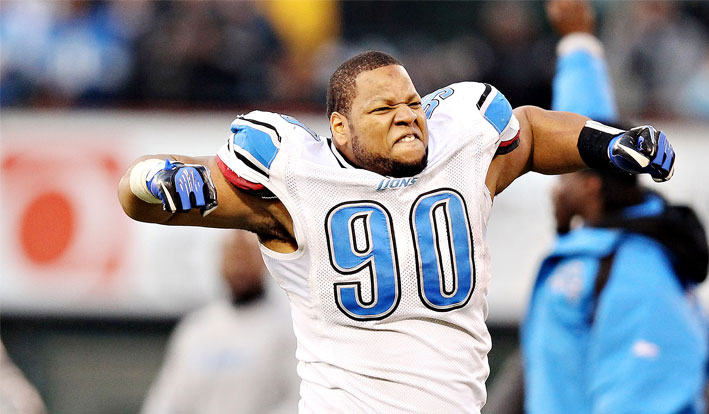 The Miami Dolphins are apparently quite serious about finally getting from under Tom Brady and the New England Patriots’ long shadows in the AFC East.The Fins made a great offseason transaction by acquiring Suh, the top-rated free agent on the market this offseason. Suh immediately makes every other player on Miami’s defense better just by being on the field and commanding a constant double-team.Maybe it’s me, but I can almost see Suh tap-dancing all over a crumpled Brady after sacking the future Hall of Famer – while Patriots haters all over the country jump for joy! 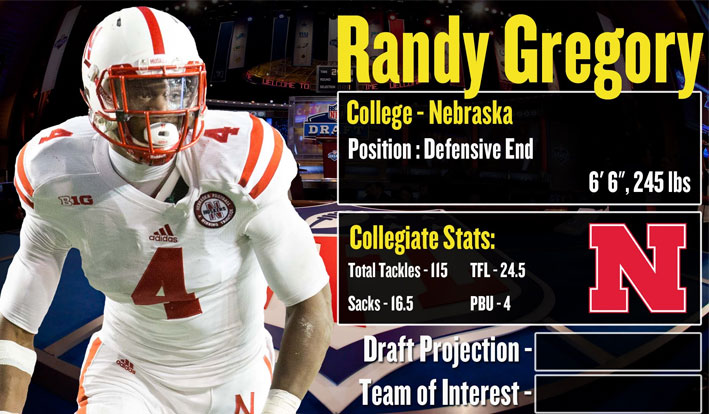 Sure, former Nebraska defensive end Randy Gregory comes with some risk, but he’s also got a huge ‘reward’ factor that can’t be denied…particularly seeing as how he was projected to be a Top 5 pick before failing a marijuana test at the NFL Combine.I say so what… Let Gregory channel his inner Ricky Williams every now and then!Half of the players in the NFL likely partake of marijuana in the offseason. Gregory will likely see a lot of playing time early on and should blossom nicely under veteran defensive coordinator Rod Marinelli and across from stud defensive end DeMarcus Lawrence.

The Cowboys are the only team in the league to pull off two of the Top 10 moves this offseason and for good reason. I love Dallas’ addition of gifted offensive lineman La’el Collins despite the fact that every other team in the league foolishly failed to either draft or attempt to sign the former LSU standout because of an off-field incident that he never had anything to do with.While Collins was projected as a sure-fire first round pick, a multitude of teams became apprehensive about drafting the former All-SEC performer when Baton Rouge police said they wanted to question Collins about the shooting death of a woman he knew.Although police never indicated that Collins was a suspect and have since stated that he has passed a polygraph test and was never any more of a suspect than a neighbor being questioned, Collins’ name simply being associated with a murder cost him millions.I’ve got to give Jerry Jones some big-time credit for this acquisition and now…here’s hoping that Collins and the Cowboys have a marriage made in heaven. 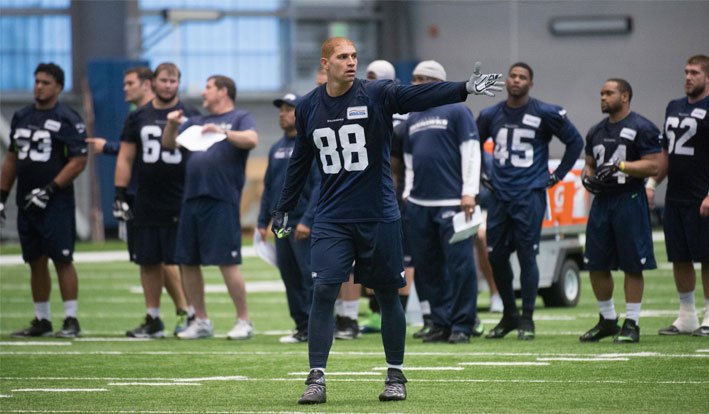 Seattle made one of the best moves this offseason in acquiring Pro Bowl tight end Jimmy Graham in a trade with New Orleans. While the Seahawks gave up a Pro Bowler of their own in center Max Unger, the fact of the matter is that Graham is arguably the best tight end in the game today and gives quarterback Russell Wilson a target like he’s never had before. Graham will pay immediate dividends that a rookie receiver just couldn’t duplicate – unless you’re talking about Odell Beckham Jr. that is. 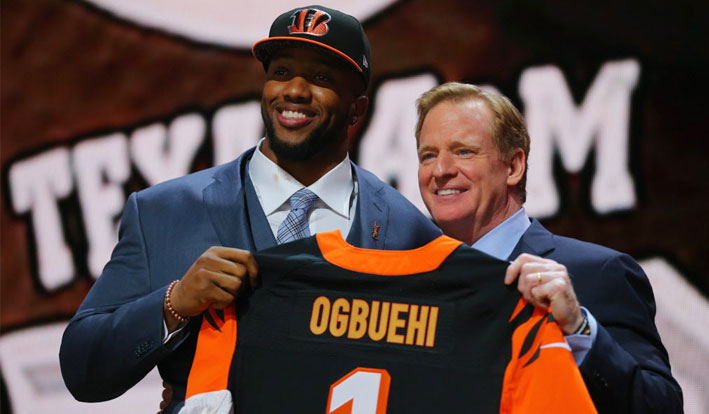 By drafting offensive lineman Cedric Ogbuehi and Jake Fisher the Cincinnati Bengals nabbed two players that could turn out to be perennial Pro Bowl caliber fixtures. The additions will both, protect franchise quarterback Andy Dalton for years to come while helping improve a rushing attack that has been mediocre at best the last couple of seasons. 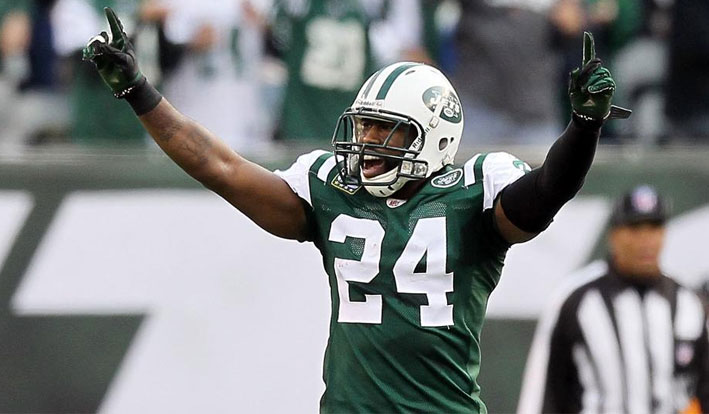 By adding veteran cornerbacks Darrelle Revis and Antonio Cromartie, the Jets pulled off the best positional upgrade of any team in the league this offseason. I expect both players to allow new head coach Todd Bowles to play his attacking brand of blitz-happy defense early and often knowing that both corners can play any receiver in the league one-on-one. If the Jets finish inside the Top 10 or Top 5 defensively, I wouldn’t be surprised. 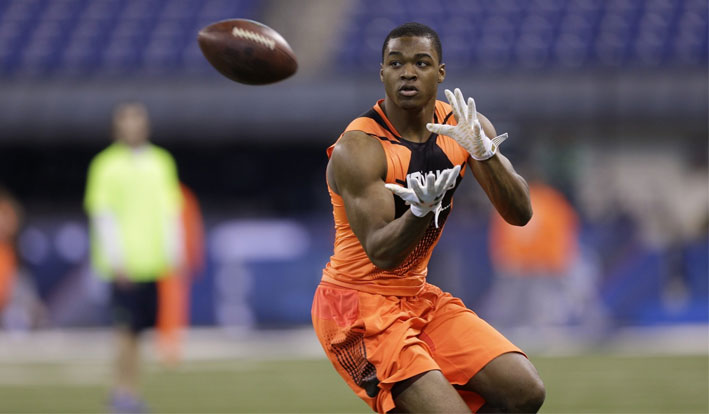 I absolutely love the Raiders drafting former Alabama wide receiver with the fourth overall pick in the draft and I believe it could be a match made in heaven for both Cooper and the win-starved Raiders.Oakland has a gifted young signal-caller in Derek Carr and I think Cooper is as talented as any receiver to come into the league in at least decade. The pair could bring back memories of Oakland’s heydays when Kenny ‘The Snake’ Stabler was throwing deep to the equally legendary Cliff Branch.Sources:CBSSports.com: http://www.cbssports.com/nfl/players/playerpage/516923/darrelle-revisNFL.com: http://www.nfl.com/player/jimmygraham/497236/profile
Older post
Newer post