NFL News and Rumors
If you’re an NFL betting enthusiast or a fan that is looking for a bit of offseason NFL news, then you’re in luck!This fun-filled look back at the top10 worst quarterback draft picks in league history will both inform and entertain – unless it was your favorite team that made the foolish selection of one of these signal-callers that is.Okay, with that said, let’s go.

Aha…I know you weren’t expecting me to start with the little-known Terry Baker, but for me, he really is the worst quarterback draft pick in NFL history – and not because he lacked talent.No, Terry Baker is arguably one of the most talent-laden athletes of all-time…it’s just, that he failed miserably as a professional. Baker is the only player ever to win a Heisman Trophy and play in the Final Four. His undeniable athleticism made him a no-brainer to become the No. 1 overall draft pick by the Los Angeles Rams in 1963.Unfortunately, Baker played in just18 games in the NFL and threw a mere 21 passes, 19 of which came in his rookie season. Baker left the league at age 26 without ever throwing a touchdown pass.

Russell was billed as a strong-armed signal-caller that could throw a ball75 yards down field on one knee. It’s too bad no one thought of asking the former LSU star about his work ethic – or penchant for throwing the ball to the other team. Russell didn’t even last three seasons for a Raiders team desperate for their first legitimate quarterback since Rich Gannon suited up for them. Russell went 7-18 in 25 career starts while throwing 18 TD passes and 23 interceptions.

It’s kind of hard to think that Leaf was once in consideration against sure-fire Hall of Famer Peyton Manning for the No.1 overall pick, but it’s true. The Indianapolis Colts are lucky they didn’t draft Leaf, seeing as how the former Washington State star played in just 25 games (21 starts) while completing a pitiful 48.4% of his passes with 14 touchdowns and 36 interceptions. Leaf was drafted over superstar performers like Randy Moss, Charles Woodson, and Takeo Spikes.

Smith lit it up at Oregon long before the Ducks became perennial national title contenders, but he could never transform that success to the NFL after being drafted third overall in 1999. Smith played in just 22 games while making 17 starts and throwing five TD passes and 13 interceptions. Smith was picked over former stars like Edgerrin James, Ricky Williams, Torry Holt and Champ Bailey.

Couch looked like a can’-miss future superstar while lighting up the opposition at Kentucky. It’s a damn shame that Couch played in just 62 games (59 starts) while throwing 64 touchdowns and 67 interceptions before flaming out. Couch was picked over future superstars like Donovan McNabb, Edgerrin James, Ricky Williams, Torry Holt, and Champ Bailey. 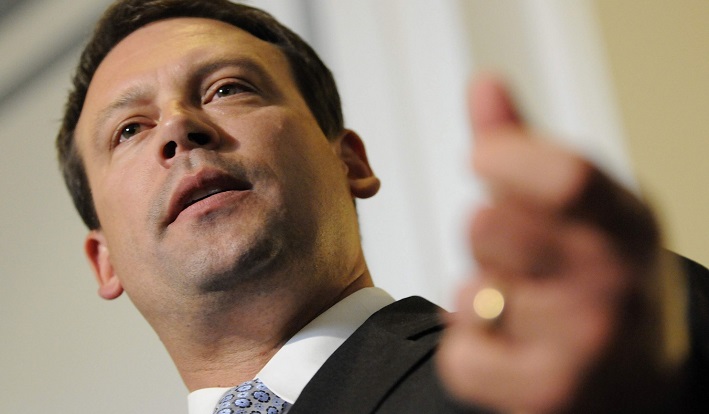 I remember Heath Shuler like it was yesterday. The big, strong-armed former signal-caller looked like an all-world prospect while routinely ripping opposing defenses at the University of Tennessee. Unfortunately, Shuler flamed out faster than a wet matchstick when he got to the NFL.Shuler played in just 29 games while making 22 starts and throwing15 touchdown passes and 33 interceptions. Shuler was picked over future stars like Willie McGinest, Sam Adams, Aaron Glenn and Isaac Bruce.

I remember Andre Ware looked like a can’t-miss quarterback coming out of the University of Houston. Unfortunately, Ware flamed out before the ink on his pro contract even dried. Ware played in just 14 games while throwing five touchdown passes and eight interceptions. The Lions drafted Ware over players like Richmond Webb, Emmitt Smith, Leroy Butler and Neil O’Donnell.

Kelly Stouffer doesn’t get the credit for being the bust that he was, but I’ll give him the recognition h so rightly deserves.The former Colorado State star played in just 22 games after being drafted while tossing a miniscule seven TD passes and 19 interceptions. I know it’s hard to fathom, but the Cardinals picked Stouffer over players like Rod Woodson, Jim Harbaugh and Christian ‘The Nigerian Nightmare’ Okoye. 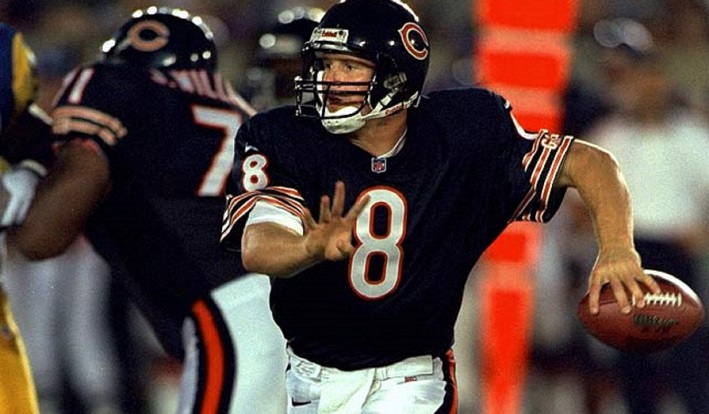 The Bears drafted McNown 12th overall, but he never panned out and made just 15 starts while throwing 16 touchdown passes and 19 interceptions. McNown was picked over Jevon ‘The Freak’ Kearse in 1999.

The Seahawks were hoping that Rick Mirer would turn into the second coming of Joe Montana coming out of Notre Dame, but he certainly wasn’t, though he played 12 seasons in the league. Mirer played in 80 games in 12 seasons while making 68 starts.Too bad he only managed to throw 50 touchdown passes and 76 interceptions in his career. To make matters even worse, Mirer was picked over future league stars like Willie Roaf, Lincoln Kennedy, Jerome Bettis, Sean Dawkins and Dana Stubblefield.Sources:http://www.nfl.com/player/heathshuler/2502941/profilehttps://en.wikipedia.org/wiki/Rick_Mirer
Older post
Newer post