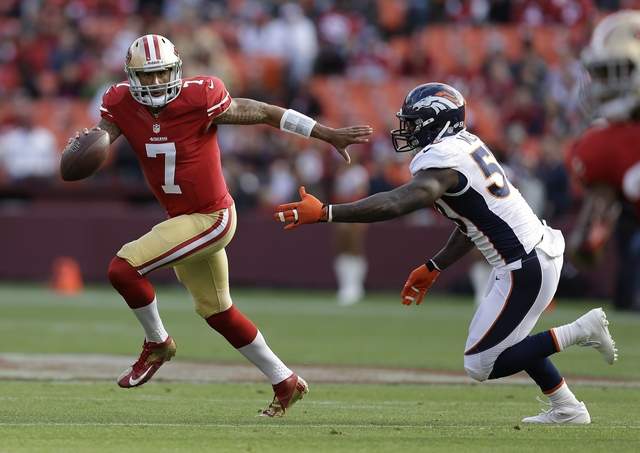 NFL News and Rumors
Monday Night Football game between the San Francisco 49ers and St. Louis Rams closed Week 6 of the pro football season with top class action. Down 14-0 in the first quarter of the game, San Francisco responded with 24 unanswered points in the 2nd and 3rd quarters to finally take the victory 31-17 and improve to 4-2. So here we are just days away from another exciting round of NFL betting, but before we get to Week 7, we gotta check some of the highlights and other stuff that happened on Week 6 and that could impact the football odds for this coming week.Panthers and Bengals staged the first tie of the season and third since 2012. Ties are normally boring and tedious, but at Sunday’s match was far from that. The score was 34-34 at the end of the regular time, then both teams went up to score a field goal in OT. Bengals kicker Mike Nugent missed a 36-yard field goal attempt, and by the the time the overtime period expired, Panthers and Bengals had set a record for the highest-scoring tie game in NFL history.The Cowboys expanded their winning streak to 5 games with a road victory over the Seattle Seahawks. Philip Rivers threw three touchdown passes to give the San Diego Chargers their fifth straight win and send the winless Raiders to bottom of the league (Oakland has its 11th straight loss). Vetaran QB Aaron Rodgers led the Green Bay Packers to a last second comeback win over the Miami Dolphins and put the Packers right behind the Lions in the NFC North at 4-2.With Miami’s loss to Green Bay and the road victory over Buffalo, the New England Patriots moved atop of the AFC East and recovered their status as a red hot favorite to win the division and get to the postseason. The Colts are also moving up in their division, they’ve won four straight games and have taken the lead in the AFC South.Week 7 is loaded with action, with several games pitting possible playoff contenders, but there are three games that keep me thinking: Patriots@Jets, Giants@Cowboys and 49ers@Broncos. Here is our prediction for these matchups:

Broncos will beat San Francisco by a slight margin.

The Niners had a great performance on MNF, pulling a 24 point comeback that gave ’em the lead en eventually locked their victory over the Rams. If something is clear here is that San Francisco’s excellent passing defense will be a major factor for Payton Manning, who will try to surpass Brett Favre’s 508 regular-season TD throws. Manning needs to throw three complete passes to set a new NFL record after throwing for three TD’s in Sunday’s 31-17 victory over the New York Jets. This is going to be a tight one, the Niners are putting an excellent road performance and will go for the victory, but I think the Broncos have enough power to contain Kaepernick and Co. at their home stadium and take the game by 7 points or less.

Having to open Week 7 on the road against a winning team puts QB Geno Smith and the 1-5 NY Jets in a very uncomfortable position. Their season is quickly falling apart, and since their opening season win over the Oakland Raiders, it’s been all downhill for the Jets. They have lost five straight games and remain at last place in the AFC East at 1-5. The Pats also had a slow start, but bounced back to victory lane with back-to-back wins, outscoring their opponents 80-39. On top of that the Patriots haven’t lost at home since 2012, so there are more than one reason to believe that they will extend their streak in Week 7.

Dallas will win key NFC East matchup vs. Giants and cover the spread.

Coming into the season, the Cowboys were not among the big boys. They has a slow start, and their season opening loss to the San Francisco 49ers pointed to another losing season for Dallas. But since then, quarterback Tony Romo and his offense have been at a high level, winning five straight games and securing the first place in the NFC East.As for the Giants, they’ve looked inconsistent after six games, going 3-3 and losing ground in the fierce battle for the lead in the NFC East. They enter the game fresh from a 27-0 blowout to divisional rivals the Philadelphia Eagles, and need to pull up an upset to remain alive in their conference.These two teams know each other well and the historic rivalry between these two will make this game a close one. The Giants are 4-1 both straight up and ATS the last five times they’ve played Dallas, but the Cowboys are having a great momentum and are likely to do what it takes to claim the victory and distance themselves from the Eagles. I see this game as a 6 to 7 point win for Dallas, so if you can get ’em at 5.5-points to beat the Giants then don’t think twice.
Older post
Newer post