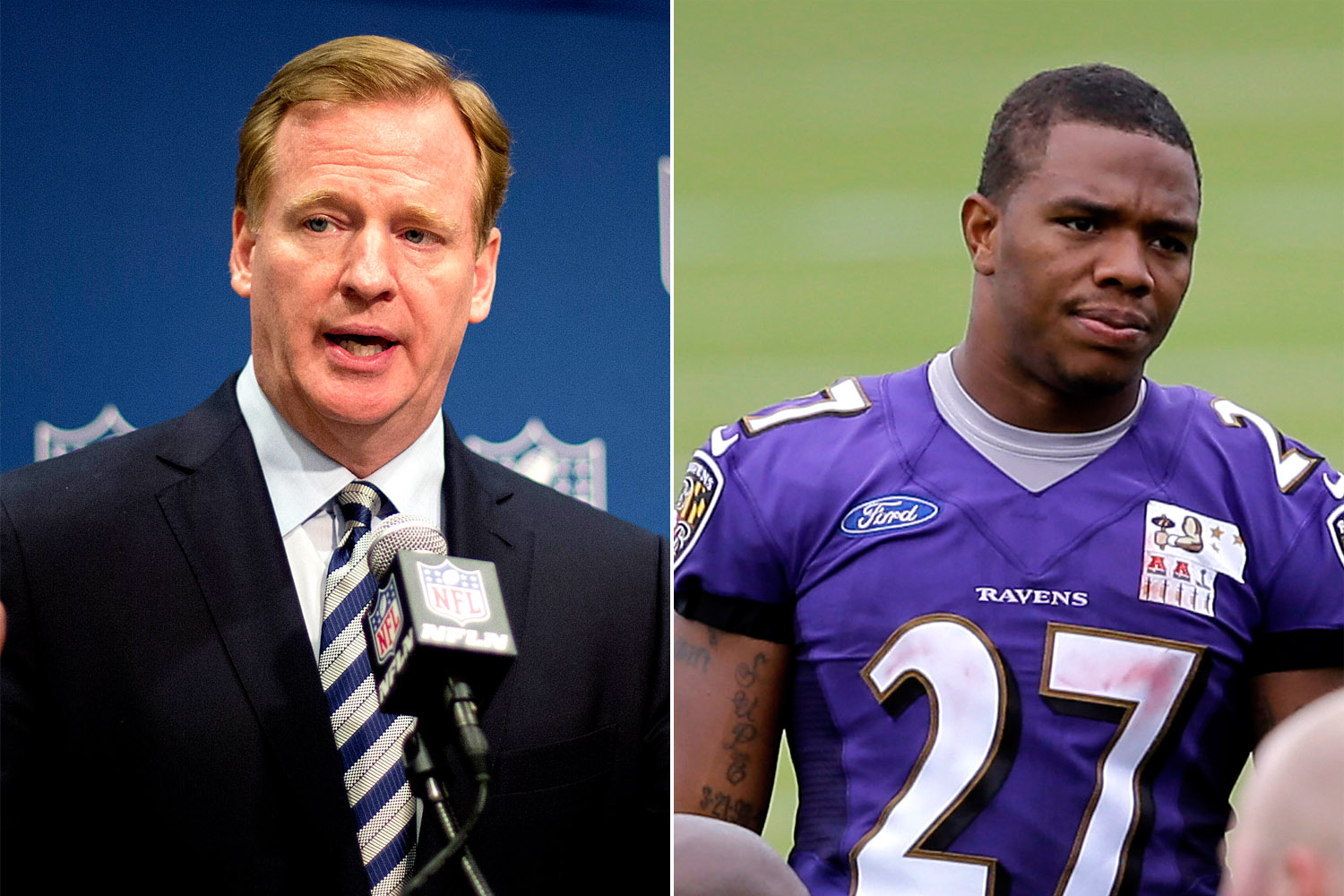 NFL News and Rumors
The writing feels like it’s on the wall. Fans, pundits, talking heads, players and idiots like me on the internet are calling for Roger Goodell’s job. So who are some likely candidates? And would they take the job?The money in and of itself might be worth taking the risk. Roger Goodell reportedly earned $44.2 million last year alone, making him more valuable to the league monetarily than any other player on the field. This is fine by me – I think that CEO’s and those types are deserving of their salaries because they’re the best at what they do. So if you dangled a pay check like that in front of these public figures, would they say no?

The real problem is that half of the country can’t see her as anything more than a Republican. If you saw the commencement speech she tried to make at Rutgers last spring, then you know that the liberal buzzards still stalk her. While a qualified candidate, and a political war machine to boot, the distractions would be too much. People love football, but the political affiliations run deep sometimes and they often work against some of those who held office formerly. Rice has not been able to escape those shadows no matter how much she’s tried.Bill Clinton – Former President, Insanely Popular SpeakerNow here’s a guy who’s used to some scandal! Clinton is a precise and sharp strategist, who has rebuilt his image even after he, “did not have sexual relations with that woman”. Something a lot of people forget about his time as president is that he’s also a financial wizard, so handling a multi-billion dollar entity like the NFL would be a cake walk compared to the trillion dollar debt he had to manage across the country. Back in his presidency, Clinton was a bit polarizing. Nowadays, everybody loves him. If you’re looking for an image reform, he’s the guy you want at the head of the table.Tim Leiweke – Former/Current CEO of MLSELeiweke is currently fazing himself out of Toronto’s MLSE group which owns and operates every sports team in the capital city of Ontario. Before that he was the big boss at AEG. He’s famously known as the kind of guy who just gets stuff done and his very deep ties with the Los Angeles area. In short, Leiweke is a sought after commodity for any front office and he basically gets his pick. That should tell you just how highly regarded he is as a businessman and leader.Robert Kraft – Current Owner of New England PatriotsThere is no debate about this: he’s the most respected owner in the whole league. There are obvious issues with his current standing since he’d probably have to relinquish control of his team, and at this point it’s probably better to own the New England Patriots than be put in the cross-hairs as the commish. But Kraft is the kind of person we need.

There’s probably a small surge of sports fans who would nominate Adam Silver to do the job, but Stern might actually be more qualified. He’s a spin doctor with the press, which has become an obvious and recent fault of Roger Goodell. Stern has also dealt with a serious number of controversies while at the helm of the NBA – including lockouts and vagrant ethics issues – and handled it all with the type of grace that Goddell has lacked. Bonus points for his ability to smile like a jackoff while being absolutely despised by everyone who likes the sport of basketball. The guy is made of a fierce rubber and I mean that in a complimentary way.

C’mon! Who doesn’t love Rudy? Governor Chris Christie might be a more entertaining selection, but Giuliani is as close to the people’s champ as it gets. He has already been credited as the focal point of uniting the greatest city on the planet during a time of unbelievable crisis. The NFL could definitely use him during one of their own.

Goddell’s predecessor was not without fault, but he was also a much more beloved commissioner who cherished and nurtured his relationship with fans, teams, owners and players rather than spitting on them like his successor has. I’m not saying that you bring him back forever, because the guy already served this office from 1989 until 2006, but at least bring him in to clean up this miss, throw $100 million at him for a couple years work and then find ANYONE OTHER THAN ROGER TO TAKE THE SEAT. If it ain’t broke, don’t fix it…even if it’s really old.
Older post
Newer post