NFL News and Rumors
Quarterback maestro and future NFL Hall of Famer Peyton Manning is back in the orange, navy and white Denver colors hoping to go HAM on the NFL odds, as he seeks the elusive Super Bowl ring that has evaded him since joining the Broncos in 2012. Is this going to be the year for Manning and the Broncos to win it all? Join us, as we take you through Denver’s season-to-be in the section below.

Reflecting on the Goodly Bad 2014 Season

By all accounts, the 2014 NFL season was supposed to be year for the Broncos to put an end to their 17-year wait for a Super Bowl trophy. And going by their stellar 2014 regular-season run, it all looked like everything was going according to plan. Manning, labeled as a 38-year-old wash-off at the beginning of the season, had just answered his critics by throwing for 4,727 yards and 39 touchdown passes, leading the Broncos to a 12-4 mark, tied for the best record in the AFC. As a team, there were tons of things to celebrate as well, including the flawless 8-0 mark at home (a feat achieved only by the Broncos in the AFC) and a conference-leading mark of 10-2 SU.But all the optimism and praise from the regular season turned into disappointment and criticism in the playoffs, as the Broncos suffered a surprise 24-13 home upset against the Colts in the divisional round. Later after the game, it was revealed that Manning had been playing with a torn right quadriceps in the last month of the season, but after Rodgers played with one healthy leg and nearly led to Packers to an upset over the Seahawks in the NFC Championship game, it doesn’t look like the excuses will be earning Manning or the Broncos any sympathy votes.

Letting the past stay behind us, Manning is now presumably healthy and his budding relationship with new head coach Gary Kubiak has rekindled the belief that 2015 could be a special year for the Broncos. After all, this could be Manning last season in the NFL before he retires, while Kubiak is looking to endear himself to his new employers and fans, setting up a perfect opportunity for some sort-of fairytale year, especially if the season culminates with a Denver victory in Super Bowl 50. 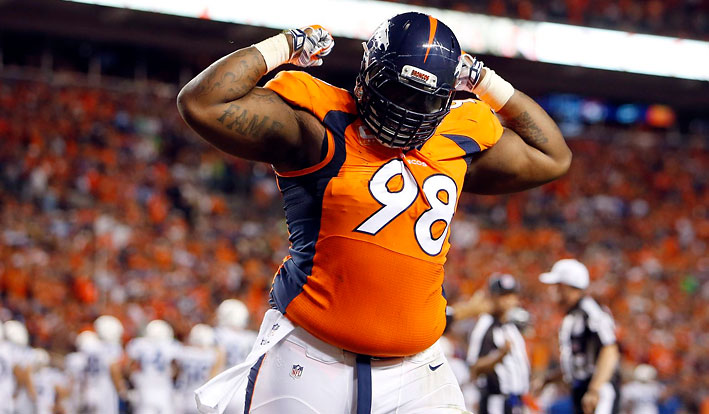 Unfortunately, the AFC West is not a place for wishful thinking—the San Diego Chargers and the Kansas City Chiefs mean real business, and the Oakland Raiders are reportedly not trading that far away in the market for supremacy in the division. To become a success story, the Broncos will thus need to invest more of their time in solving last season’s mistakes, while also working on a formula to keep the divisional opponents from ruining their plans.Given the overall account of their largely successful 2014 regular season (12-4 overall record, 10-2 in the AFC, 8-0 at home, and 6-0 against AFC West opponents), bettors can expect the Broncos to prevail in the AFC West, even if the Chiefs and Chargers are likely to tarnish the flawless Denver record from the division in 2014.With the 2015 AFC West title predictably in their hands, the next question would be—can Denver make a deeper run in the 2016 NFL playoff odds, or will the team fail to make good value of its chances like it has been doing recently?

Denver and the 2016 NFL Playoffs

Since Manning joined the Broncos in 2012, you’d almost blame their failure to win the Super Bowl on luck, rather than lack of sheer effort. Case-and-point, in his 3 years as Denver’s starting quarterback, Manning has led the team to three back-to-back divisional titles, impressively going 18-1 against the AFC West rivals and 22-2 at home in the process. In the three-year span, he has also led the Broncos to three straight playoff appearances, two straight Conference titles (the 2014-15 season being the exception) and a bye in all the three seasons in the postseason. Not to mention, Manning took the Broncos to Super Bowl 48 during the 2013-2014 season, even if they eventually lost miserably to the Seahawks. 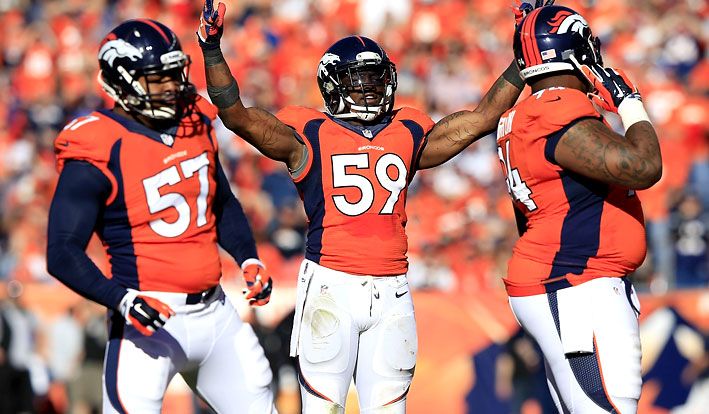 Clearly, the chances of Denver making a deep run in this year’s playoffs will therefore be heavily dependent on Manning’s efficiency and health. Bearing in mind that Manning, a five-time league MVP, turned 39 years in March, his production could take some beating when compared to other quarterbacks in their prime or those just getting their NFL careers started. A lot of support from the coach and Denver players will thus be very crucial if we are to witness a successful Broncos team, especially in the playoffs.

Fortunately for Manning, he may not have to shoulder all the offensive burdens in Denver, as Kubiak is often a run-oriented tactician. With a talented ball-carrying sprinter like C.J. Anderson, Kubiak could design run-heavy plays that will give Manning and his aging arms some break from constantly passing the ball. In addition, the new head coach is a proven strategist and the Broncos made some invaluable additions through the 2015 NFL Draft and the Free Agency market, which should orient positivity in the new season and help them give a good account of themselves in both the regular season and playoffs.

As evidenced by the analysis above, the Broncos should be able to win the AFC Conference title once again and earn a playoff berth. After all, since Manning set foot in Denver, the Broncos are averaging 12.67 wins per season, so this season should be no different. Bearing all that in mind, here are our best Broncos picks for the upcoming season. 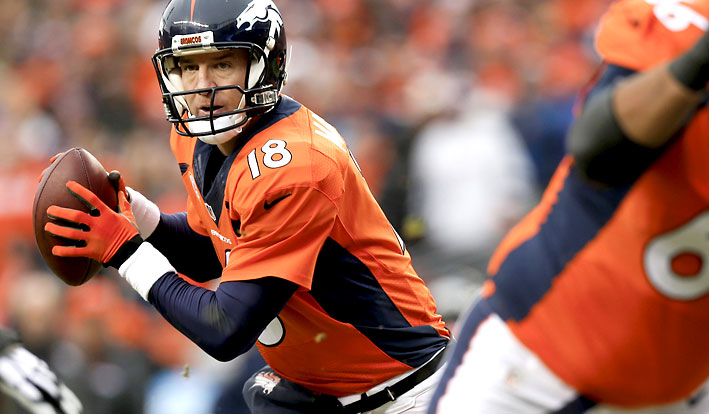 • Denver Projected Final Record: 12-4• Pick on Odds to Win the 2015-16 AFC West: Denver (-265, MyBookie.ag)• Denver Season Total Win Pick: Over 10.5 (+115, MyBookie.ag)Notably, the Broncos are priced at +1000 in the Super 50 odds and +400 in the odds to win the 2016 AFC title. For both lines, it’s a bit too early to have a fix on what the Broncos will be bringing to the table when they face the big boys in the playoffs, considering the impactful season-ending injuries to tight end Jeff Heuerman and left tackle Ryan Clady during the offseason. Nonetheless, if the regular season shows their ability to play comfortably without such players, then there’s no reason they shouldn’t be able to forge ahead and win it all. In the meantime, ensure that you watch the developments made by the team in trying to fill such positions, especially if you want to place your bets on such odds in the early NFL betting lines.SourcesWikipedia.org (https://en.wikipedia.org/wiki/Gary_Kubiak)ESPN.com (http://espn.go.com/nfl/player/_/id/16040/cj-anderson)
Older post
Newer post