NFL News and Rumors
Sure, the 2015 NFL Draft may be just about six weeks gone by, but if you’re looking for more ways to boost the potential for a winning NFL betting campaign over the course of the 2015 regular season, then you should know it’s never too late – or too soon for that matter – to take steps toward making that happen!Thanks to this fun-filled look at the top five losers in the 2015 NFL Draft, you’re going to have a great understanding of which teams or players to potentially wager against or avoid wagering on at all – because of their strange offseasons.Okay, let’s et started in the City of Brotherly Love where all sorts of strange happenings are taking place for head coach Chip Kelly’s team.

What else can I say about the Philadelphia Eagles and head coach Chip Kelly that I haven’t already written?Oh…let’s see…how about the fact that the Birds and Kelly were arguably the biggest losers in the 2015 NFL Draft after failing to nab former Oregon quarterback Marcus Mariota, the player they desired more than any other and were willing to mortgage their near-future on. Now, I’m left wondering how oft-injured quarterback Sam Bradford, among others, will perform after knowing he was trade bait in Philly’s effort nab Mariota.While the Eagles did well in nabbing USC wide receiver Nelson Agoholor with the 20th overall pick and Utah defensive back Eric Rowe with the 47th overall pick, Kelly’s big swing and miss in his quest to acquire Mariota leads me to believe that Kelly may have made a franchise-altering mistake of epic proportions.

#Panthers is just around the corner. 13 Sundays to go. #KeepPounding pic.twitter.com/jCyOdiAUgn

I know a lot of NFL analysts don’t think quite as highly of Washington linebacker Shaq Thompson, but I actually like the versatile and I believe he’s going to have a solid NFL career at the very least.Still, I think the Panthers failed to address their most pressing need – improved play along the offensive line – and more pass protection for franchise quarterback Cam Newton.The Panthers whiffed on Oregon tackle Jake Fisher, the player I believe they should have drafted instead of Thompson and I believe that it could cost them seeing as how they’ll likely start a mediocre Jonathan Martin and an aging Michael Oher at the tackle positions in 2015.

The Rams nabbed former Georgia running back Todd Gurley with the 10th overall pick, but I have former Wisconsin star Melvin Gordon as the better prospect. Gurley will be in the year, post ACL surgery and that is generally the toughest for backs, both mentally and physically.

The Niners took Oregon defensive end Arik Armstead at No. 16 overall in the first round, but I like Texas’ defensive tackle as the better defensive line prospect. Armstead often disappeared for long stretches for a very good Oregon team while Brown overachieved in making play after play despite often being double-teamed for a mediocre Texas team. 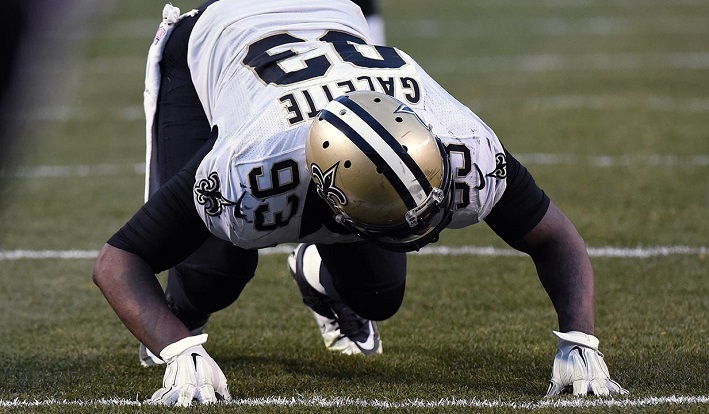 It’s not that I don’t like the Saints first round additions of Stanford offensive tackle Andrus Peat (No. 13) and Clemson linebacker Stephone Anthony (No. 31), it’s just that I think New Orleans could have done a bit better seeing as how I had two other players rated as better NFL prospects that were still available.I believe the Saints should have done their homework and then drafted former LSU tackle La’el Collins at No. 13 and then gone after a couple of players like Washington cornerback Marcus Peters, Texas A&M offensive lineman Cedric Ogbuehi or Alabama safety Landon Collins or LSU cornerback Jalen Collins.Oh…I also think the Saints should have drafted former Baylor star Bryce Petty at No. 75 instead of former Colorado State signal-caller Garrett Grayson and actually have Petty as the second-best quarterback prospect I the 2015 NFL Draft behind only former Florida State superstar Jameis Winston.So, there you have it NFL betting buffs, my top five losers in the 2015 NFL Draft.Sources:http://www.cbssports.com/nfl/draft/players/2001231/shaq-thompsonhttp://www.nfl.com/draft/2015/profiles/marcus-peters?id=2552488
Older post
Newer post