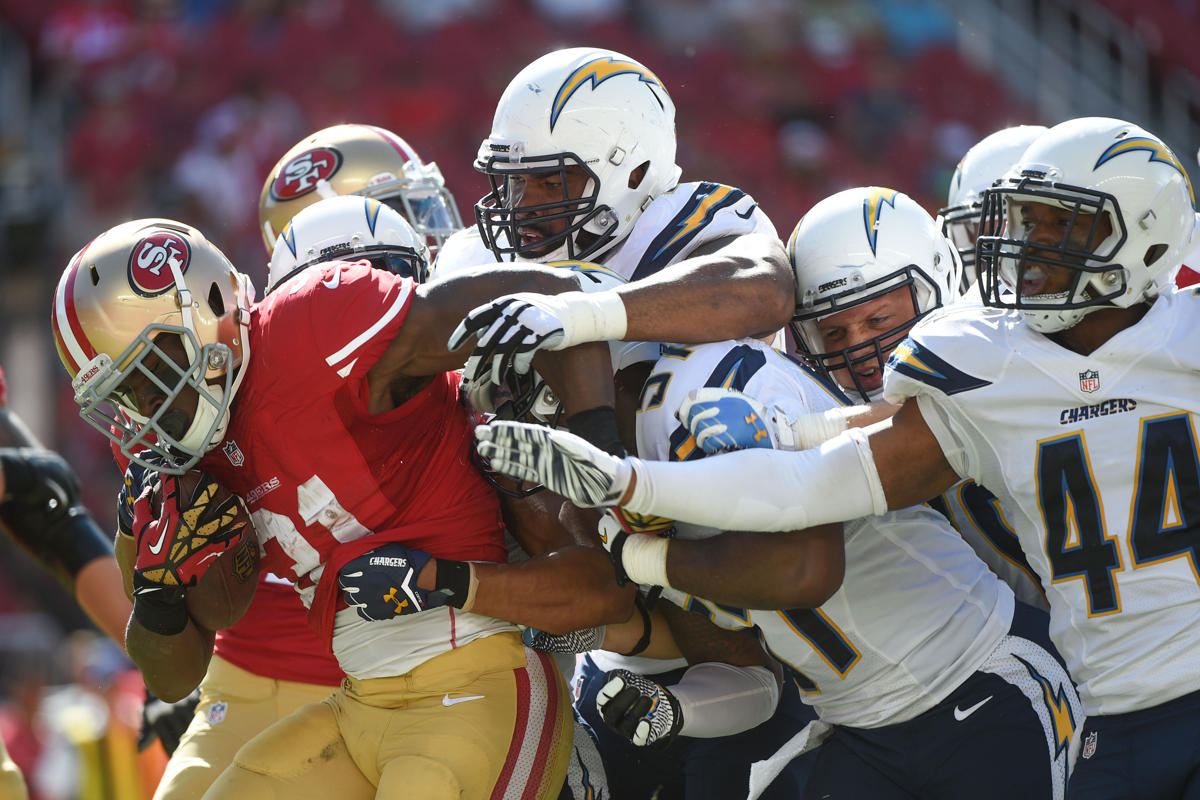 NFL News and Rumors
There’s plenty of action, great football betting lines and interesting games to look forward to in week 4 of the pro football season. We know that all games are important for the teams involved, however, not all games are made equal, in fact, and some matches are more meaningful than others and carry more relevance.Week 4 will have “favorite” teams looking to get things turned around, season surprises that will try to keep their winning streaks going, and winless teams vying for a win before the season slips away. We’ve picked a handful of matches that we believe that have greater importance on Week 4. So here we go…

Perhaps the most interesting match of the week is the game between the 3-0 Eagles and 1-2 San Francisco 49ers. Philadelphia will defend its unbeaten record and prove bettors their flawless season isn’t just a fluke, while the Niners, who kicked off the season among the top 5 candidates to get to Super Bowl XLIX, will try to rebound from two consecutive losses and win their first home game before they play the Kansas City Chiefs on Week 5.But the real importance of this game relies on the result. With Arizona and Cincinnati on the bye weeks, Philadelphia has the chance to go 4-0 and become the top team in the NFL. A loss against the Eagles will be disastrous for the Niners, who will try to move to 2-2 and improve their standing in the NFC West.

The Carolina Panthers made it to the Divisional round of the NFC playoffs last season, and are hoping to do repeat this year. They opened the season with back-to-back wins before losing to the Pittsburgh Steelers on Sunday night, and they will be trying to get back to their winning ways when they face the Baltimore Ravens.The the major storyline for this game is that Carolina will be going up against former wide receiver Steve Smith, who is considered by some to be the greatest player to ever play for the Panthers, but who has also trash-talked his old team in recent days. Now. Victory is a must for both squads: The Carolina Panthers are coming off an embarrassing home loss that snapped their perfect 2-0 start. The Ravens are 2-1 after opening the season against three straight division rivals, and need the win to stay close to the AFC North leader, the Cincinnati Bengals.

Two teams that entered the season with playoff aspirations will meet each other on Sunday, when the Detroit Lions pay a visit to the New York Jets. The Jets started the season with a lot of promise; they defeated the Oakland Raiders in a close game at home, and were in control of their second game against the Green Bay Packers in the first half, but couldn’t find the end zone in the second half of the game, and lost it by a final score of 31-24.The Lions will be attempting to snap a three game losing streak to the Jets, but they might have to do it without Calvin Johnson, who has missed practices all week, which casts some doubt on his ability to play on Sunday.

For some football bettors the Tampa Bay Bucs offer zero value, even more if you consider the 56-14 loss to the Atlanta Falcons on Week 3. However, a Bucs vs. Steelers game isn’t something you see every day. The last encounter between these two teams was held in 2010. The match saw Steelers knocking down previously undefeated Bucs 38 – 13.Now, this isn’t the same Buccaneers team we saw 4 years ago. Tampa Bay started the season with new head Lovie Smith and a new general manager Jason Licht.” The 0-3 Bucs will be trying put their poor performance on the review mirror and win their first game of the season. The match also brings a chance for the Bucs to improve their losing balance against the Steelers, who lead the all time series against Tampa Bay 8-1.Ok bettors, you have been advised, so take note and make your picks. The week close with an interesting match featuring the Pats and Chiefs (complete NFL gambling lines and odds are available at mybookie.ag), we will also give you our insight for that game in a coming article, but in the meantime, grab a cold one, call your buddies and enjoy the action.
Older post
Newer post