NFL News and Rumors
Every offseason, a new sense of hope or pessimism is channeled in the NFL betting lines based on the expected performances from NCAA football players who get drafted to the NFL. Nonetheless, not all the draftees or undrafted free agent players who seemed unimpressive during their college football era end up flopping in the NFL.  In fact, some of these underrated players beat the NFL odds and turnout to be very productive, surpassing the media and fan expectations, while making a lasting impact on the league. Here is a look at some of those underrated NCAAF players, who stepped up and became successful in their respective NFL franchises.

When you see your kids for the first time in a week! #Fanfest pic.twitter.com/ktbyiHZAd4 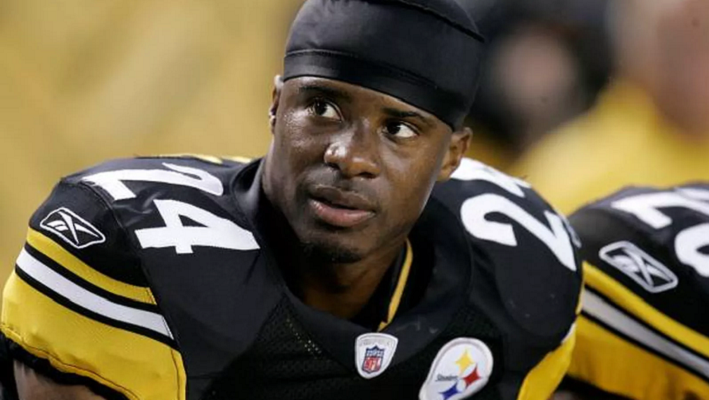 Taylor spent the best part of his career with the Pittsburgh Steelers. Even though his body was showing some signs of wear, Taylor’s value to the franchise is something that can’t be questioned. He was not exactly tipped to be an NFL-ready material when he was playing at Louisiana-Lafayette in college. Resultantly, He was drafted by the Pittsburgh Steelers with the 125th pick in the fourth round of the 2003 NFL Draft. Despite his late drafting, Taylor was one of the most consistent members on the Steelers defense. So although not made it to the Pro Bowl selection, he certainly deserves being listed here as an iconic player. 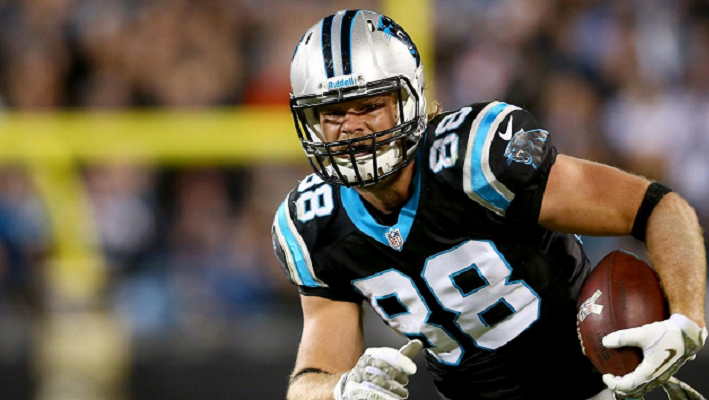 Olsen has spent a good amount of time in college football playing for both Notre Dame and the University of Miami. He was drafted by the Chicago Bears with 31st selection in the first round, but ended up starting only four games as a rookie, registering 29 catches with 391 yards. His struggles continued in Chicago and he looked like a bust-bound first-rounder. But since joining the Panthers in 2011, Olsen has been on the ascendancy, going as high as leading the franchise with 84 catches and 1,008 yards last season. For his remarkable performance, he was selected to the Pro Bowl in 2014. If he continues with this superb performance, he will soon be competing against top TEs in the league such as Rob Gronkowski and Jimmy Graham, if he is not doing that already. 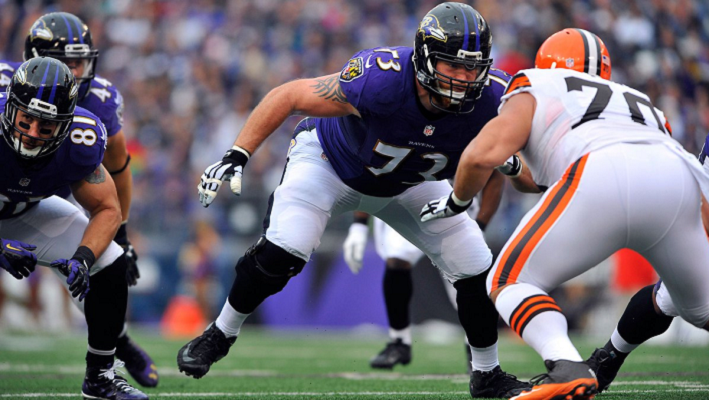 Yanda entered the draft with little expectations and ended up being selected by the Baltimore Ravens in the third round, with the 86th pick in 2007. But even with his less-than-stellar numbers in college, Yanda put in the work in the Pros and has since been a force to reckon with, getting enough attention to be selected to four Pro Bowls. Furthermore, Yanda is currently reputed as one of the best pulling guards in the league, with the ability to knock people off their feet, using his steaming speed and strong physicality to frustrate opponents. Of course, the Ravens struggled in 2013 with a zone-blocking scheme, but things improved last year with more mauling by Yanda and the key addition of Justin Forsett. Not to mention, Yanda played a big part in helping Joe Flacco get a Super Bowl ring and continues to do all the grunt work on the Ravens’ offensive line, something you can continue to watch out for this season and the year to come. 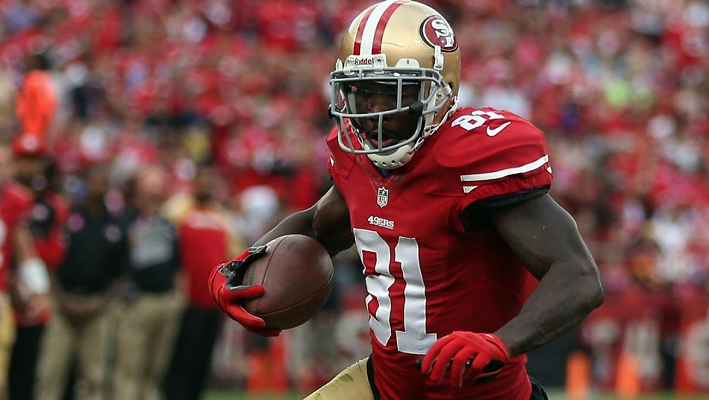 Despite mostly working as a second receiver, Boldin has been able to make many catches throughout his career, doing better than some first-choice receivers. The WR was drafted by the  Arizona Cardinals in 2003 from Florida State with the 54th pick overall, and has since carved a niche as one of the league’s most dependable possession receivers. Using his solid size and speed, Boldin has been a headache for many teams, something that has seen him traded as a free agent to a number of high-flying teams. Apart from the Cards, Boldin also played for Baltimore from 2010-2013, before joining 49ers in 2013. In his 12 seasons as a pro, he has 940 receptions for 12,406 yards and 70 TDs, including three Pro Bowl selections and at least 1,000 receiving yards in seven NFL seasons. At whatever point in the future he decides to retire, the big play specialist will certainly go down as one of the most successful receivers in the NFL. 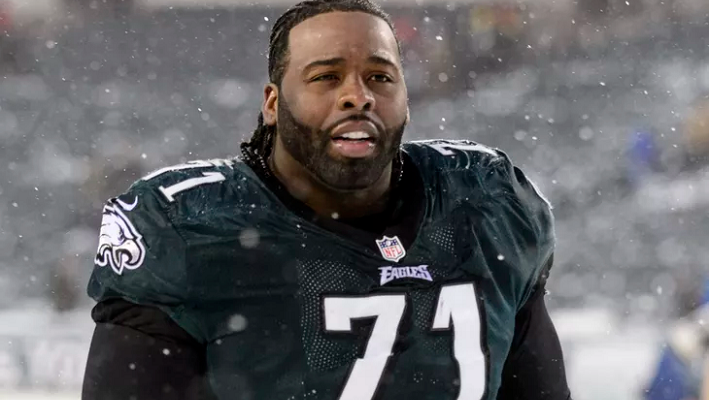 Peter’s dominant play at the left tackle position is often easy to overlook, but his superior athleticism has enabled him to do a good job at protecting his QBs. He went undrafted in 2004, but attracted the attention of the Buffalo Bills, where he learned how to play tackle. Peters found his way to the lineup in 2006 and became the starting left tackle in 2007. He eventually ended up in Philadelphia in 2009 when contract issues forced him out of Buffalo. More importantly, Peters has been selected to seven Pro Bowls. He has not gotten the respect he deserves in the game due to contract issues and some poor decisions off the field of play, but that doesn’t mean he is still among the best left tackles in the game. 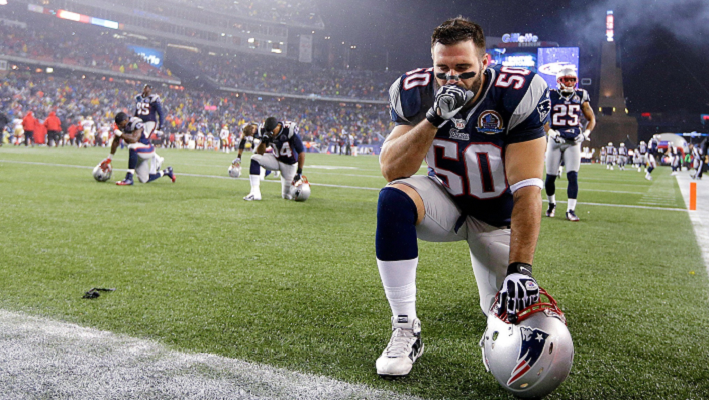 The Patriots have a habit of finding overachievers on the defensive side of the ball, and Ninkovich stands as one of their shiniest examples. The New Orleans Saints selected Ninkovich with the 135th pick in the 2006 NFL Draft. He thereafter bounced around to the Dolphins and back to the Saints due to inconsistencies in his game, before finally joining the New England Patriots. Ninkovich had only 29 tackles in his first 5 seasons playing for different teams in the NFL. But since joining the Patriots in 2009, Ninkovich has registered 347 tackles in a span of 5 seasons and has had 24 QB sacks, adding seven forced fumbles in his last three seasons for good measure. Certainly, Ninkovich and his NFL career is a solid example that the league will always offer a chance if you are ready to take it.
Sources:
USAtoday.com: http://www.usatoday.com/story/sports/nfl/steelers/2015/04/14/longtime-steelers-cornerback-ike-taylor-retires-at-34/25759577/
Bostonherald.com:http://www.bostonherald.com/sports/patriots_nfl/new_england_patriots/2015/08/rob_ninkovich_fine_tunes_his_technique
Older post
Newer post