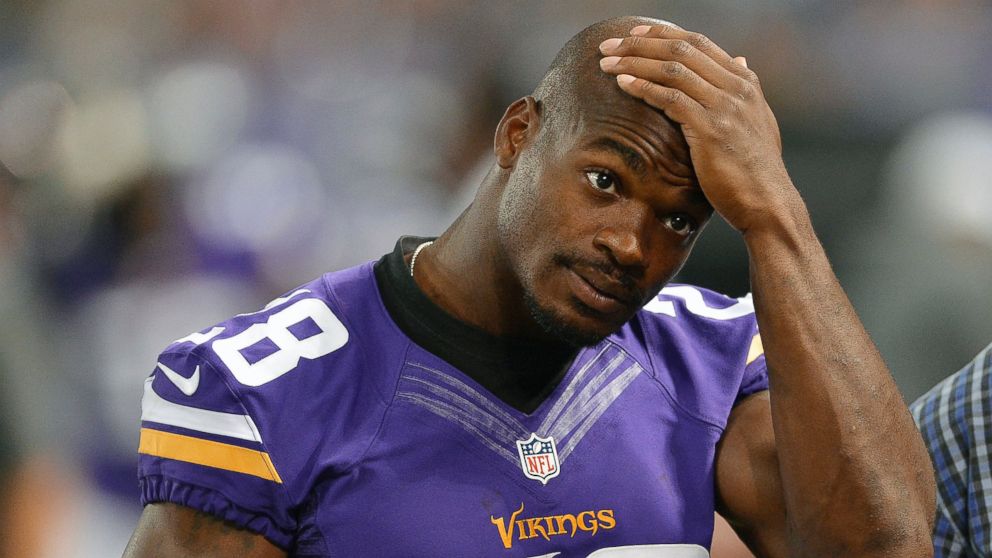 NFL News and Rumors
It has long been known that not all sports stars and NFL players are the upstanding citizens and role models that we would like them to be, but it appears that things are getting a whole lot worse rather than better.While much of the attention has been on domestic violence, with high profile cases involving Ray Rice, Gregg Hardy, and Ray McDonald all hitting the headlines, it is certainly not the only problem the NFL is facing when it comes to the behavior of some of their players.This was proven on Friday September 12th when the Montgomery County Sheriff’s Office in Texas issued the arrest warrant for Minnesota Vikings player Adrian Peterson, who has now been indicted on child endangerment charges. The details are still a little sketchy, but it is being alleged that the charges were laid after Peterson punished his son by spanking him with a switch.That sort of behavior is appalling enough on its own, but it becomes even more galling when you consider that Peterson lost a child last October due to an alleged disciplining gone wrong. In that case, it was the boyfriend of the child’s mother who was charged with killing the boy after beating him. Head injuries were believed to be the cause of death in that case.There were indications that something was coming down, as Peterson was absent from Vikings training sessions on Thursday. He did show up on Friday, and was actually at the training facility when word of the indictment and arrest warrant came down. He will most certainly be out of the Vikings game against the New England Patriots on Sunday, and it will remain to be seen what further punishment will come beyond that.

What’s next for Peterson?

That punishment, if any, will need to come from the Vikings, as the NFL has made it their policy to not issue fines or suspensions while an investigation is still ongoing. If Peterson does end up being convicted of the charge, you can bet that the league will come down hard, especially since they have received deserved criticism for their handling of the Ray Rice situation.Peterson has remained quiet on his case, but his lawyer, Rusty Hardin, did issue a statement on Friday night. Hardin said that his client has been fully co-operative and appeared before a grand jury for hours to answer any and all questions leveled at him. Hardin also said that Peterson regrets his actions, and that any injury caused to his son was unintentional.Further details on the case and the potential penalties for Peterson should be made clearer in the coming days. In the meantime, you can find the betting odds and lines for the Vikings vs. Patriots game here.
Older post
Newer post