NFL News and Rumors
The San Francisco 49ers can’t seem to keep their heads above water these days to the despair of NFL betting fans. Just when we thought their sail towards the new season was on smooth course after a stormy off season; lightning struck their boat once again, as trouble-child Aldon Smith was arrested – again – for what the police listed as hit-and-run, vandalism and DUI, forcing the 49ers finally cut ties with the outside linebacker on Friday.

That was the fourth time Smith had been arrested since the Niners drafted him seventh overall out of Missouri in 2011, and with the 2012 Pro Bowler seemingly not showing the will to learn and reform from his past mistakes, the team decided to part ways with him. 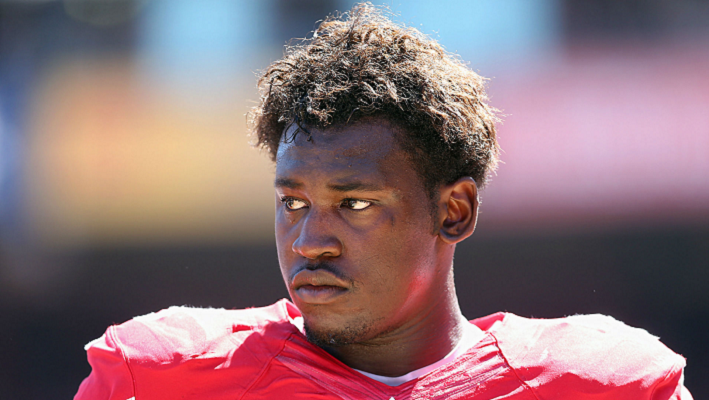 Whether he should have stayed with the team or not, or whether the 25-year-old Mississippi-born player is a broken record that can’t be fixed is a subject open for debate, but we can all agree on one thing—when on the field, Smith was pure magic and the 49ers will miss him dearly.
In his 50 games with the 49ers, the 6-4, 265-pound Smith amassed 44 sacks and provided a whole reel of highlights for fans to enjoy, including this funny sack celebration. His sack total comprised an astounding 33.5 total sacks in his first two seasons, but due to rehab and an NFL-mandated suspension, Smith saw very limited time on the field recently, missing 14 games over the last seasons. And now, he’s totally gone, meaning San Francisco need to find solutions to the gaping hole left in the team’s pass-rush attack.

Looking at the team’s roster, Aaron Lynch, Ahmad Brooks and Eli Harold are pretty much a lock to make the roster, with Corey Lemonier looking like an odds-on favorite to get the fourth OLB spot in the team. Recently signed free agent Shawn Lemon and Marcus Rush also look to be in the running for positions, but Smith will most probably be replaced by someone from the quadruple of Lynch, Brooks, Harold and Lemonier. Here is a brief look at what these favorite players bring to the table:
Aaron Lynch, 6-feet-6 and 270 pounds: A fifth-round draft pick in 2014 that is slightly big-statured than Smith. He played all 16 games last season, though only three of those were starts, as he played second fiddle to Brooks. Still, he proved efficient and racked up six sacks (tied for team-best with Brooks). He’s however not had a great offseason, nagged by injuries that have seen him not contribute much in team drills.
Ahmad Brooks, 6-foot-4 and 255 pounds: A veteran OLB that has posted at least 5 sacks each season since being drafted by the Niners in 2009. He was a Pro Bowler in 2013 (when he recorded 8.5 sacks) and decently managed a team-best six sacks last year in spite of missing three games. We are yet to know where he’ll play in the team, as he’s been shifting from left to right as an OLB, sometimes even serving as inside linebacker.
Corey Lemonier, 6-feet-4 and 255 pounds: A promising third-round pick by the Niners two years ago, but hasn’t had much time to prove as a starter. Still, he’s played all 32 games in his two years in the league, and with Dan Skuta gone, he is most favorite to land Smith’s job over rookie Eli Harold (on the grounds of being more experienced). The fact that he’s only had one sack in his two years could however see Harold (or the rest of the competition) climb over him in the chart, especially if his competitors prove more efficient in preseason.
Eli Harold: 6-feet-3 and 247 pounds: Brooks, Lemonier and Harold have been getting most snaps at ROLB since Smith was released, but if Brooks moves to the left (as is predictably likely), then the real competition for Smith’s job will be down to Harold and Lemonier. A third round pick this year out of Virginia, Harold is a player with a lot of upsides. Though he’s smaller than Lemonier, his speed and explosiveness, as exhibited in this video, make him a real catch for the team. Not to mention, he was proficient as a pass rusher in his final year in college, recording 14.5 tackles for a loss.

Best of the Rest: Shawn Lemon

Though it looks like one the above four players will most likely get Smith’s job, OLB Shawn Lemon (who was signed by the 49ers barely two weeks ago) could make a case for solid time and a place in the team’s 53-man roster. Outside his self-explanatory video that was compiled by the Steelers when they signed him earlier in the offseason (before releasing him due to injury concerns), Lemon proved to be a solid player as an undrafted free agent in the CFL. For example, in 2014, he finished with 13 sacks and eight forced fumbles in 18 games. If the rest of the players above him fail to live up to expectation, Lemon should certainly be able to snatch the opportunity and make good value as a reliable pass-rusher.

In other News: 49ers at First Preseason game 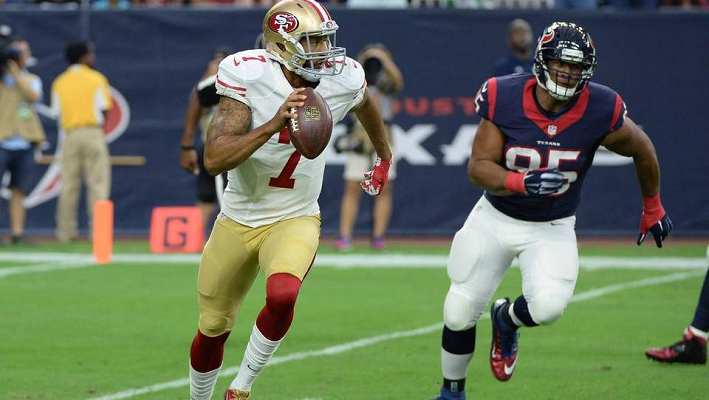 By now, you probably know that the Texans beat the 49ers 23-10 on Saturday Night in their first preseason game, and there wasn’t much for San Francisco fans to be happy about in that game. Well, as a consolation, it wasn’t all a bust, as former-rugby superstar Jarryd Hayne looked pretty good. In case you want to hear, watch or read about the hype train that is riding hot on Hayne’s name, you can check out this piece from Fox Sports that leaves no details out about the new fantasy hot-shot.  At least that’s something worthy of looking out for when the Niners play their next preseason game, as we wait to find out Smith’s replacement.
Older post
Newer post