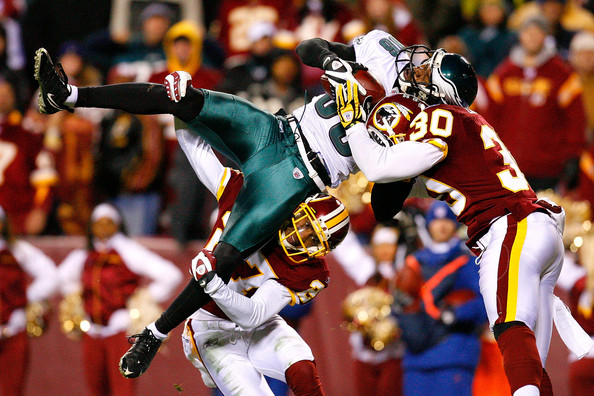 NFL News and Rumors
The Washington Redskins won their first game of the season on Sunday against the Jacksonville Jaguars, but the victory came at a cost: Starting quarterback Robert Griffin III will be out the field for an extended period of time, and receiver Desean Jackson, whose status for Sunday’s game is still up in the air. The Philadelphia Eagles are on top of the NFC East at 2-0,  and will play host to their division rivals when they meet on Sunday. So let’s get ready for a game overview and a quick football odds analysis for this match.

The Redskins were hoping a fully healthy quarterback could lead them back to the top of the division and back into the playoffs, but that doesn’t look very likely, because Robert Griffin III might have to miss the rest of the season.The Eagles scored 34 unanswered points in the second half of their first game, to defeat the Jacksonville Jaguars 34-17, but had a tougher time against the Indianapolis Colts on Monday night, before getting bailed out by Darren Sproles in the fourth quarter.

In their first game against the Houston Texans, their offensive line got dominated by the Texans defense, and the team couldn’t get anything going offensively, but in their second game against the Jaguars, Griffin was leading his team into Jacksonville territory, before leaving the game with a broken ankle.Kirk Cousins played well for the Redskins, and can help them get back into the playoffs if he continues performing as well as he did on Sunday. So far this season, Washington has been very well rounded offensively and defensively, they are 10th in passing yards, and 3rd in rushing yards, and on defense, they have the 3rd best passing defense and the 4th best rush defense.Philadelphia has had to overcome big first half deficits in their first two games, but it is a trend that they need to stop if they hope to go far this season. Darren Sproles has proven to be the difference maker for the Eagles, and was instrumental to both their wins. He currently leads the team in receiving with 166 yards, but Nick Foles has to do a better job of finding his receivers, so the team doesn’t wear Sproles out before the season is over.The Eagles offense has been one of the best in the league this year, they are averaging 303 yards through the air, which is 2nd best offense in the NFL, and average 136 yards on the ground, which is 9th in the league. Their pass defense has also been effective so far, and is 11th in the league, but their 20th ranked run defense needs improvement.

Although the odds are against them, Washington has a very good defense this year, and Nick Foles hasn’t been as sharp as he was last year. If Kirk Cousins plays as well as he did against Jacksonville, and Desean Jackson can return to the lineup, the Redskins should be able to cover the spread.

Based on the NFL game odds, all the stats point to Philadelphia winning this game, but I think the Redskins will surprise people and pull off the upset, putting them in a tie for first place in the division.
Older post
Newer post