NFL News and Rumors
Okay NFL betting enthusiasts, as you know, it’s never too soon to start getting prepared for another brand new NFL season. Thanks to the ‘trifecta’ of Week 1 expert NFL picks that you’re about to receive, you’re going to have a great chance to kick off your 2015 NFL wagering campaign with a trio of winning wagers.With that thought in mind and NFL training camps starting to heat up like the August temperatures, let’s get started…

Sunday, Sept. 13NFL Odds: Carolina -4Over/Under: 43.5While the teams haven’t met since 2011, Carolina has won two of the last three meetings against Jacksonville. Sure, the Panthers have lost each of their two road games against the Jags dating back to 1996, but I don’t think any of that will matter as these cross-conference franchises rarely play one another in the regular season and don’t have any ‘real’ history behind their non-rivalry.Having said that, I think it’s a no-brainer that Cam Newton and the Carolina Panthers are the easy pick to win this road contest outright and cover the spread with a bit of room to spare. I know Carolina had a modest campaign in 2014 in going 7-8-1 SU and 8-8 ATS and O/U, but the Panthers are light years ahead of the Jaguars in terms of being a legitimate contender.I like Jacksonville quarterback Blake Bortles, but I’m not sure the Jaguars have surrounded him with enough talent at the skill positions for him to really succeed. The Jaguars have question marks all over the place on defense, not to mention a head coach in Gus Bradley that will enter 2015 on what should be the hottest seat of any coach in the league. 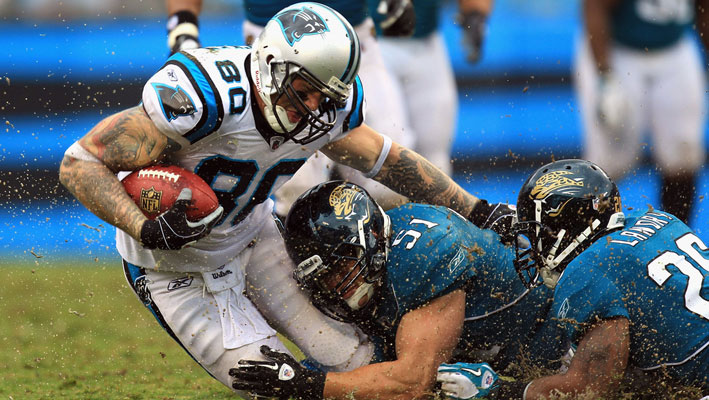 Quarterback Cam Newton is entering his fifth year in the league and reportedly has a chip the size of Mount Rushmore sitting on his shoulder after throwing the fewest touchdown passes of his career last season (18) and compiling his lowest quarterback rating to date (82.1).Jonathan Stewart will start at running back after rushing for 809 yards and a stellar 4.6 yard average in 2014. Stewart is still just 28-years-old and is extremely talented, if underrated. Carolina’s pair of starting wide receivers has the potential to be one of the best in the league for the foreseeable future at the very least. The Panthers added 6-4 former Michigan wideout Devin Funchess with the 41st overall pick in this year’s draft after nabbing talented 6-5 wideout Kelvin Benjamin with the 28th overall pick in the 2014 NFL Draft a year ago. Cam Newton also has a sure-handed veteran tight end in 6-5 Greg Olsen. I like the Panthers to win outright people and cover the spread!The Pick: Carolina 27 Jacksonville 17 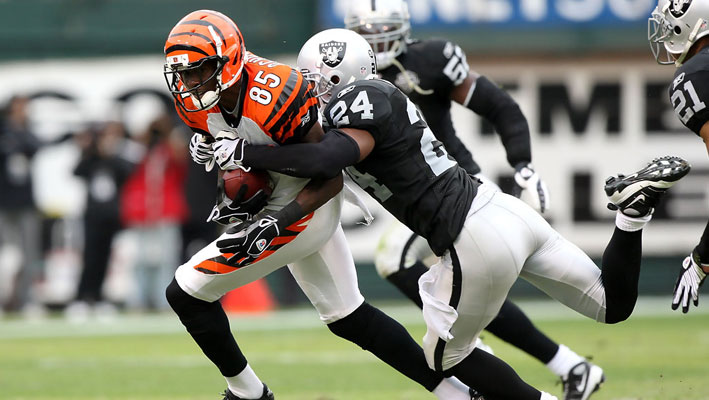 Sunday, Sept. 13NFL Odds: Cincinnati -3Over/Under: 44.5 The Cincinnati Bengals went 10-5-1 SU and 8-7-1 ATS last season and have reached the playoffs in four straight seasons. The Oakland Raiders are coming off a dismal 3-13 campaign but there’s plenty of reason for hope in the bay area, mostly because the Raiders have found a franchise quarterback in second-year signal-caller Derek Carr.The Bengals have won two of last three meetings, winning in 2012 and 2006 at home and losing in Oakland in 2009. Historically, Cincinnati struggles mightily when they have to hit the road to face the Raiders, going 1-8 SU in their L/9 road games against Oakland and just 2-6 ATS in their last eight by the bay.Still, I’m going to take the Bengals to get the narrow road win and accompanying ATS cover in a contest that looks like it could be one of the more competitive Week 1 matchups on the board. 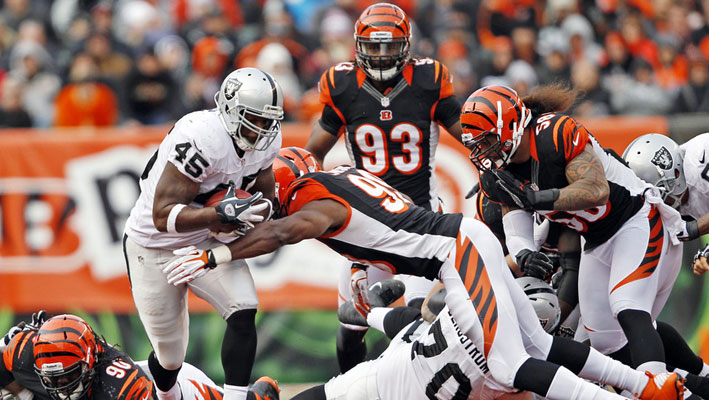 The Bengals are the better team on both sides of the ball and could be hard to stop offensively this season thanks to the balance they possess with gifted running back Jeremy Hill complimenting the passing of quarterback Andy Dalton.While the Raiders are heading in the right direction now under head coach Jack Del Rio and have increased their overall talent level, I don’t like the running back-by-committee approach the Raiders are likely going to use this season. I believe Oakland is going to face a pretty serious Cincinnati team that knows it needs to win this regular season opener. I like the Bengals in a close one!The Pick: Cincinnati 27 Oakland 21 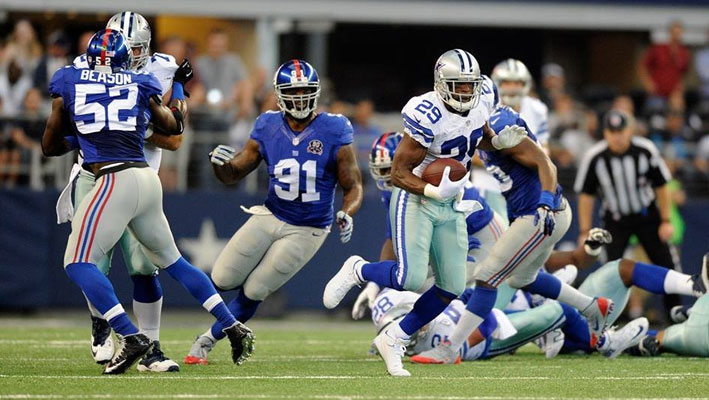 Sunday, Sept. 13NFL Odds: Dallas -5.5Over/Under: 50Eli Manning and the New York Giants have lost four straight regular season meetings against their NFC East division rivals, the Dallas Cowboys, but the G-Men have also put together an impressive 6-4 SU and ATS mark in their last 10 road games against the ‘Boys.Having said that, I’m a bit surprised that the Cowboys are favored by nearly a touchdown, seeing as how five of the last eight meetings in Texas between these longtime foes have five points or less while two of the last three meetings have been decided by a field goal or less. 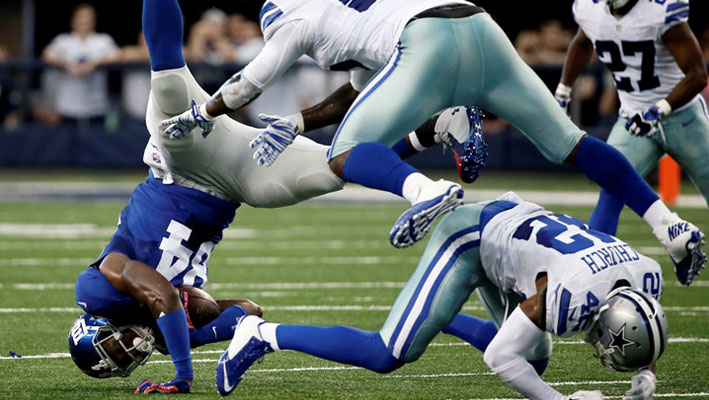 I like the additions that the Giants made to their running back unit and I believe the return of Victor Cruz opposite Odell Beckham Jr. is going to make the Giants one of the most explosive offenses in the league in 2015.Conversely, I think the loss of running back DeMarco Murray – and failure to replace him sufficiently – is going to come back to bite Tony Romo and company this season. I like this annual matchup to turn into another dog fight that goes down to the wire.Dallas is 4-6 ATS in their last 10 home games and just 1-4 ATS in their last five road games while the Giants covered the spread in each of their final two road games last season.The Pick: New York 28 Dallas 24. Sources:Raiders.com: http://www.raiders.com/media-vault/videos/Head-Coach-Jack-Del-Rio-Talks-1st-Padded-Practice/67a0ac6e-9f99-4b92-9c6b-fa5298f5aca1Giants.com: http://www.giants.com/news-and-blogs/schedule/article-1/New-York-Giants-2015-Schedule-Announced/8cb8c6ec-ee91-4e1a-8ebc-6e62da36bac2
Older post
Newer post