NFL News and Rumors
This NFL betting season features a couple of largely enigmatic teams going against one another on week 1. The Cardinals started out 9-1 in 2014 but lost their first- and second-string quarterbacks, and only barely made the playoffs before bowing out against the Carolina Panthers. The New Orleans Saints failed to win an awful NFC South, but it’s hard to think that a Drew Brees led team would underperform two seasons in a row. This battle takes place out west and the Cardinals basically have the home-field points as 3 ½-point favorites. It’s going to be difficult to handicap the Cardinals accurately until we see what Carson Palmer can do during the pre-season. Some sources are indicating that he has used this down time to work on his fundamentals as far as dropping back to pass and setting his feet – areas in which he tended to be a little bit lazy, particularly when he was short on time in the pocket. If this is true, though, he should be even better in 2015. Remember that 9-1 record the Cards had after 10 games last year? They could be just as dominant – because their defense is going to be just as stifling. However, you never know what Palmer is going to be capable of until he steps onto the field and starts producing.Then there is the issue of what we can expect out of New Orleans. The Saints are generally much tougher to play in the Big Easy than they are when they are traveling. With that said, Drew Brees is a much better quarterback historically than how he played in the 2014 campaign. If he can return to form and the Saints can find their way a bit, they should make the NFC South race much more interesting for the Panthers. 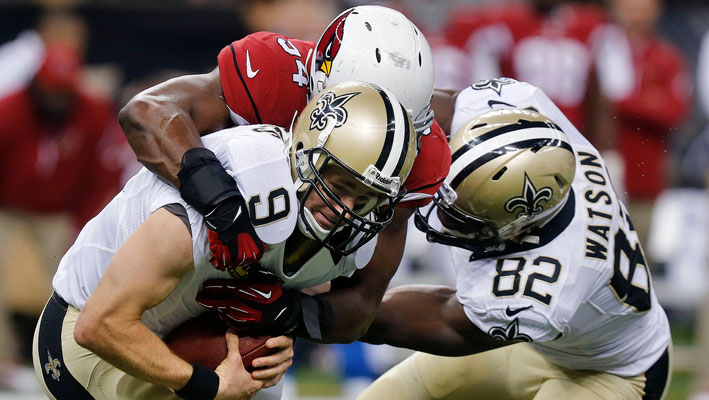 So when you look at season-long numbers for the Cardinals, you see a relatively weak red zone offense, an average passing attack and a poor rushing game. That doesn’t really tell the story, though, because in the last six games the team was featuring a backup quarterback who struggled to pass the ball accurately. This let other teams key on the run on first and second down and then pin their ears back and target the quarterback with a big third-down pass rush. This is why the Panthers were able to knock the Cardinals out of the playoffs so easily last year.If Brees is looking to return to his elite passing form in Week 1, though, the Cardinals passing defense will present a significant challenge, as their secondary was one of the best in the NFC in 2014 in terms of generating interceptions and getting to the quarterback. 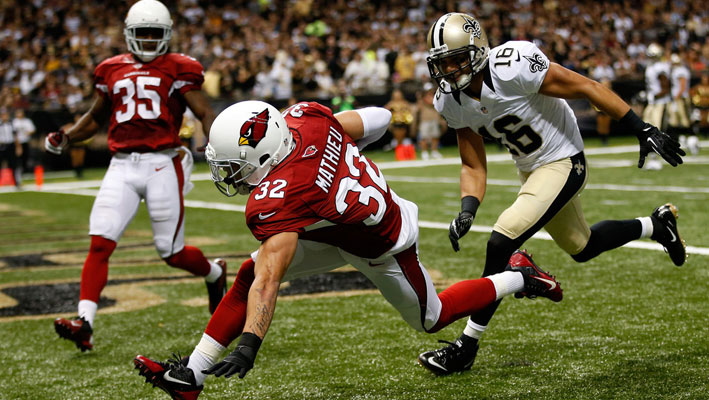 In terms of series history, the home team has won each of the last three meetings (regular season games in 2010 and 2013 as well as a divisional playoff game in 2010). When the Saints have won, the games have gotten out of hand (31-7 in 2013 and 45-14 in the 2010 playoffs). An interesting play to look at with this game is the over/under total, which sits at 44. If you think the Cardinals will struggle offensively out of the gate, getting used to playing with Carson Palmer again, but that their defense will once again play stoutly, then you would probably choose the under, as it would be difficult to see 44 points getting up on the board under that scenario. However, if you think that Palmer and Brees will be flying their teams up and down the field – which is also possible – then you would choose the over.Sources:NFL.com:  http://www.nfl.com/player/carsonpalmer/2505245/profileYahooSports.com: http://sports.yahoo.com/nfl/players/5479/
Older post
Newer post