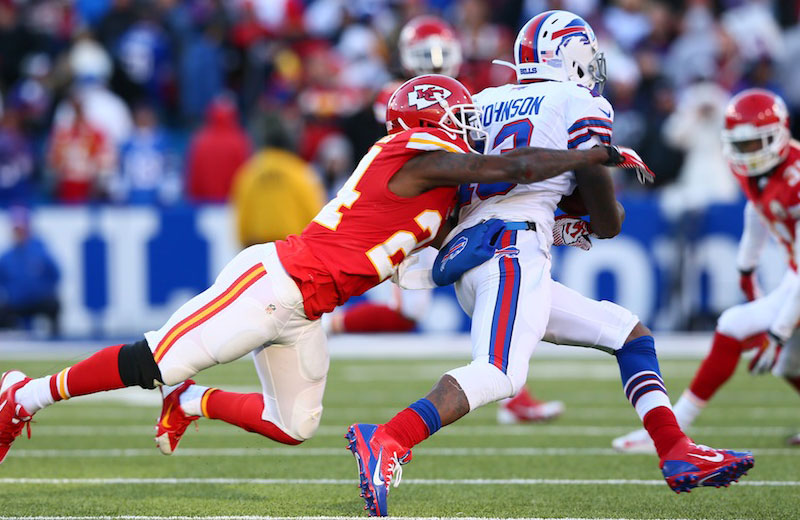 NFL News and Rumors
Here’s one for football fans looking for valuable  NFL Week 10 Betting Lines. Two teams that have been quietly going about their business this season are the Kansas City Chiefs and the Buffalo Bills. Both have put together 5-3 records, and both have been somewhat overshadowed by the teams that top their respective divisions (New England Patriots and Denver Broncos). This is a very important game for both teams, as they are going to have to go the Wild Card route to get into postseason play, so a victory could give the winner here a leg up in that race.The Chiefs are on a 3-game winning streak, and have been playing some real shut down defense as of late, albeit against teams that they should take down. Historically, they have always made hay when playing in the cozy confines of Arrowhead Stadium, but they have been surprisingly effective on the road this season going a very respectable 3-1. The only game they have lost on the road was to the Broncos, in a game that was a whole lot closer than anyone expected.The biggest issue for the Bills so far this season has been consistency, but in fairness to them, they have had some real injury issues to deal with, especially at the running back position. It shouldn’t really come as a surprise to hear that the games they have won this year have come when they have been able to get the passing game going. They are not going to beat you on the ground, and are pretty much going to have to play error free football on offense to snatch a win.

GAME ODDS:CHIEFS -1½-110BILLS +1½-110As mentioned earlier, the Chiefs have been road warriors, so it’s no real surprise that they have been made slight 1.5-point road favorites for this one. Their 3-1 record on the road is matched by being 3-1 ATS in those games, and they are also 6-2 ATS overall on the season.The Bills are essentially the opposite in regards their ability to cover. They are 1-3 ATS at home, but do well as an underdog, going 3-1 ATS on the season so far. That all adds up to a game that should be tight, especially with both teams very aware of the importance of this one.The big concern here has to be the total inability of Buffalo to run the ball with any sort of effectiveness. That will hurt any team, and I think it will definitely hurt them here. I like the Chiefs to win this one, but it should be pretty close. I like the Chiefs -1.5.
Older post
Newer post