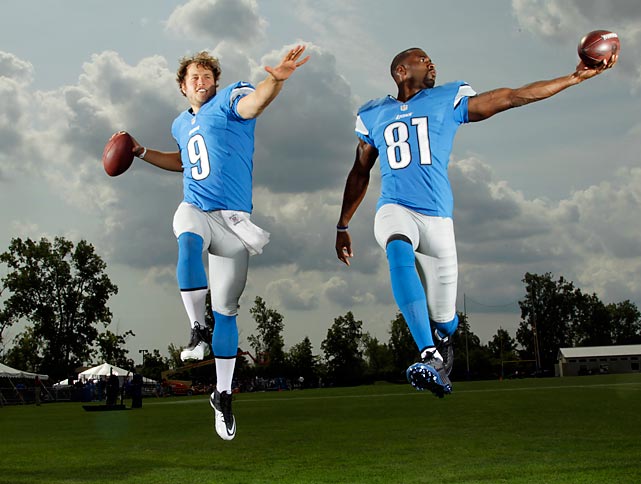 NFL News and Rumors
The measure of how well a team does in the NFL is often predicated on the performance of their star players. Generally, when those top players go down, the performance of the team suffers as a whole. That has not been the case with the Detroit Lions, as they have managed to somehow put together a 6-2 record without the services of Calvin Johnson, although he has been upgraded to probable for this weekend’s game against the Miami Dolphins. The NFL betting predictions favor Detroit Lions over the Dolphins, as they have played with their characteristic great technique the whole season.The Lions have relied on the Stafford to Johnson method of football for a few seasons now, and they have developed a habit of winning games by chucking the ball all over the field. The loss of Megatron led many to believe that the Lions would sink like a stone, especially with no running game to rely on. They have defied all logic by slamming the door on defense and doing a pretty good job of protecting the ball on offense. The result has been 5 wins in their last 6, although all by the very slimmest of margins. The Dolphins looked as though their season was heading in the wrong direction a few weeks ago, with much of the talk in that part of the country being about how long Coach Joe Philbin would have a job. They have responded very well, and have reeled off three straight to take their season record to 5-3. The offense has really stepped up their game over the past three weeks, and have only turned over the ball once during that stretch.

GAME ODDS: DOLPHINS:+3-125 LIONS: -3+105 This really does have all the makings of a field goal game, and the bookies have given that 3-point home field edge to the Lions. It’s not really a surprise to see the Lions at 4-4 ATS this season, especially when you consider how close the majority of their games have been. If you take a little look further back, though, you will see that they generally do well coming off a bye week. The Dolphins are 5-3 ATS, and are 3-2 in games where the line is set between -3 and +3. They have a winning record ATS on the road this season, which, when combined with what we see from the Lions, points to a game that is going to be close. If I had to pick one game that was going to be a push this weekend, it would be this one. I like the Lions to win a close one, but it could certainly be a last second field goal that wins it. I would take the Lions SU, and would take the Dolphins at +3.