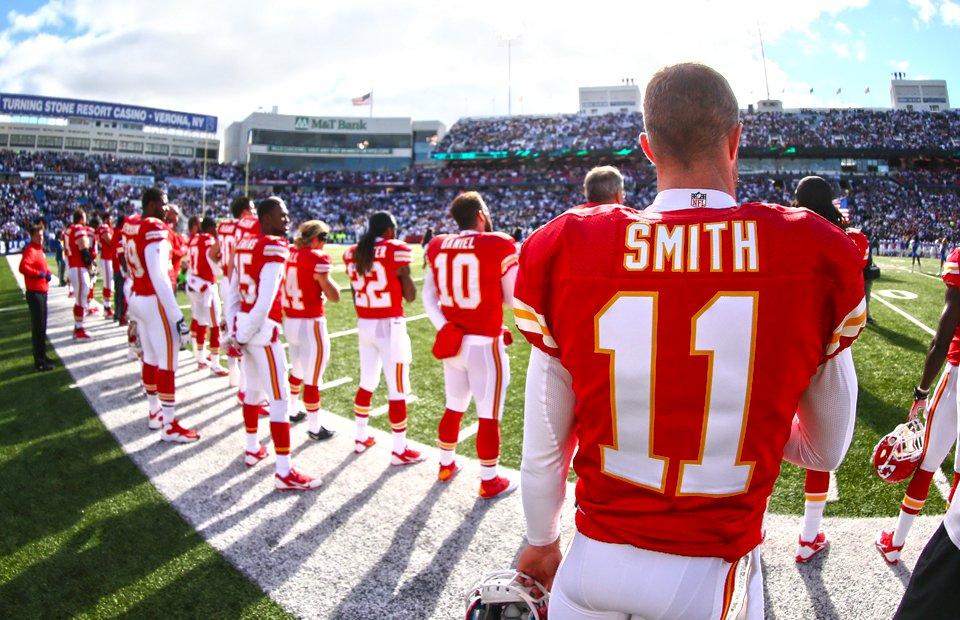 NFL News and Rumors
Heavy is the head that wears the crown is a phrase that the Seattle Seahawks must be very familiar with at this point in the season. They are finding out how difficult life is in the pro football league when you are the champion, and even more when the NFL Week 11 betting odds don’t favor you. Everyone brings their A game in an effort to knock you down a peg or two, and it’s going to be another tough on for them this weekend when they roll into Arrowhead to face the Kansas City Chiefs.
Date/Time: Sunday, November 16, 1:00 PM
Location: Arrowhead Stadium, Kansas City, Missouri
After Week 1 and a demolition of the Green Bay Packers, everyone assumed that it would be business as usual for Seattle, but they have sputtered since then. To be fair, they have turned a little bit of a corner, having reeled off three straight wins, albeit against pretty inferior opposition. They looked very good against the New York Giants last week, but were made to really work for their wins against the Carolina Panthers and the Oakland Raiders. They are going to have to mirror last week’s performance if they are to have any success against the Chiefs.

It’s going to be a big weekend at Arrowhead. Check out all of the game day activities VIDEO: http://t.co/EjVDuPWO0p pic.twitter.com/rJF050ar8Y— Kansas City Chiefs (@KCChiefs) November 14, 2014

Kansas City stumbled out of the gate at the start of the season, but have gone on to win 6 of their last 7 games, and are currently on a 4-game win streak. They have always been strong when playing at home, and this season is no different, as they are currently 3-1 SU at Arrowhead this year. They have picked up their wins by playing a pretty balanced offense and doing a great job of protecting the football. They are likely going to have to rely on the arm of Alex Smith this weekend, though, as the Seahawks defense is about as stingy as it gets when defending the run.BETTING ODDSThe bookies always love the Chiefs at home, and that is why they have been installed as mild 2-point favorites for this one. They are a very impressive 7-2 ATS this season, but that is not the stat that jumps off the page at me. If you do a little digging in the history books, you will see that they are 19-7 ATS when playing NFC West opponents.  The Seahawks are just 4-5 ATS this season, but they have a rather impressive stat of their own to consider. Going back the last 3 seasons, they are 9-1 ATS when coming in as an underdog.Game OddsSEAHAWKS: +2-110, OV 42 -110, ML +110CHIEFS: -2-110, UN 42 -110, ML -130These two haven’t met in the past three seasons, but if you go back to 1992, the Chiefs are an impressive 9-2 ATS when playing Seattle in games played at Arrowhead. I don’t see that changing, any time soon.
Older post
Newer post