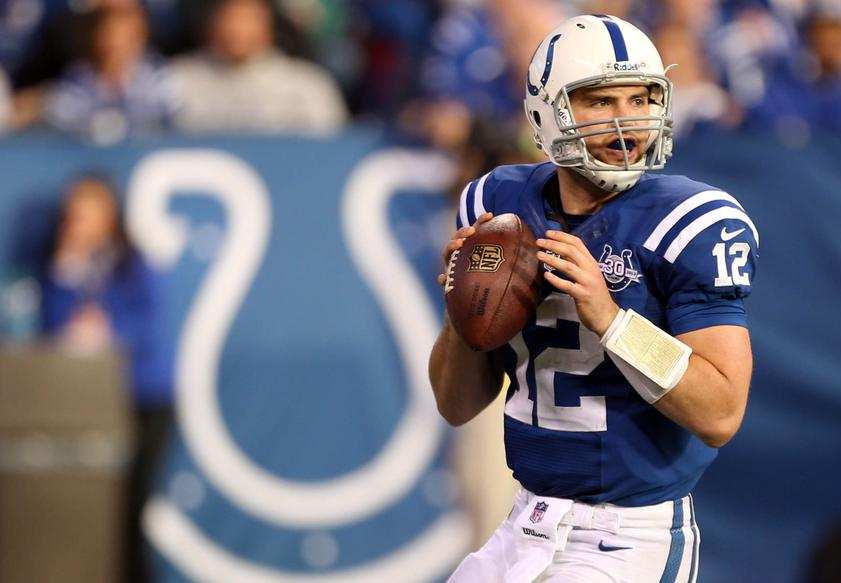 NFL News and Rumors
Many people looked at the 2012 draft as being one of the best for QB’s in recent years, with the likes of Russell Wilson, Andrew Luck, Ryan Tannehill, and Robert Griffin III all part of that class. Wilson already has a Super Bowl ring to his name, while Luck is considered to be the best young quarterback of this generation. Much was expected of RGIII, and while he started off great, injuries and poor play make it look as though his time is now up in Washington. We all thought this weekend would be a match-up between Luck and RGIII, but it will be Colt McCoy who takes the snaps for the Redskins. It’s certainly fair to say that Washington needs some sort of spark, as they have lost 3 in a row and have just not looked very good in the process. The worst of the batch came in their last game, where they were held to just over 200 total yards, which included just 77 yards through the air. It’s not all bad in Washington, though, as the run defense has been very good. That is not likely to do them any good this weekend, as Andrew Luck has been lights out with the air attack for the Colts, and that gives Indianapolis the edge on the NFL lines for this game.Date/Time: Sunday, November 29th, 1:00 PMLocation: Lucas Oil Stadium, Indianapolis, Indiana

The Colts have been stumbling a little over the past 4 games, going 2-2 and giving up a lot of points in the process. They did shut down things last weekend in the 23-3 win over the Jaguars, but that is what you normally expect against a very bad Jacksonville team. What was ironic about that win was that it represented the first time in weeks that Luck didn’t throw for over 300 yards. There is a pretty solid chance he will get that back on track this weekend.BETTING ODDSThe Colts have been installed as 9.5-point favorites against the troubled Redskins. Indianapolis are 8-3 ATS this season, with 7 of those wins coming as a favorite. They are also a perfect 3-0 ATS this season when playing a team with a losing record. The Redskins are just 4-7 ATS this season, but 3 of those have come while playing on the road. It has been a while since these two have played, and they have not met at all in the Andrew Luck era.Game OddsREDSKINS: +9½-110, OV 51 -110, ML +385COLTS: -9½-110, UN 51 -110, ML -510The Redskins have played some good defense against the run this season, but they are more likely to get blitzed through the air in this one. I see Andrew Luck picking them apart and leading the Colts to a double digit win.
Older post
Newer post