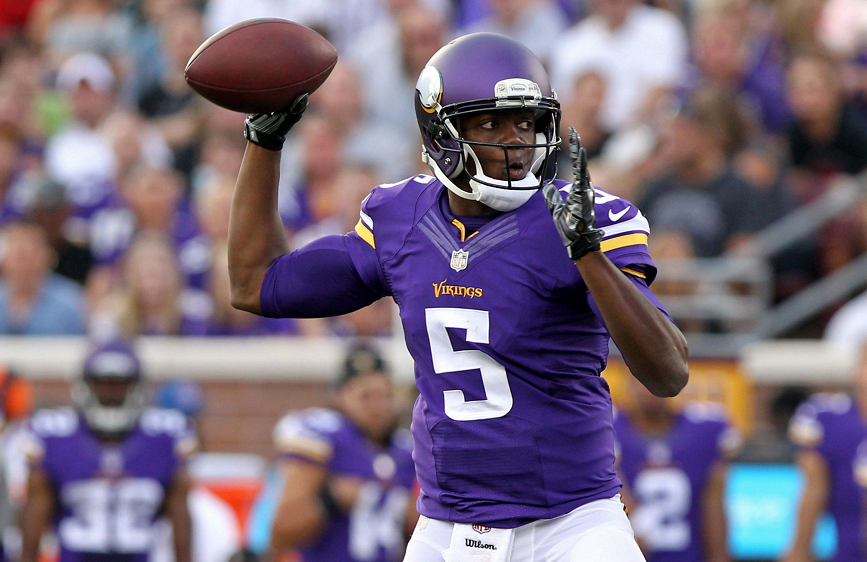 NFL News and Rumors
The coaching carousel in the NFL is already being fired up, and all that is left to decide is who will be hopping on the ride. There are already a few names being spoken aloud, with NY Jets coach Rex Ryan at the top of the list for many. Funnily enough, the talk about him landing in Atlanta to replace Mike Smith, who many see as another favorite to be fired, has already begun in the ATL. Were it not for the fact that Ryan has been a polarizing figure in New York during his tenure there, it might be easier to feel a little sorry for him. He has a pair of quarterbacks in Geno Smith and Michael Vick who have combined to lead the Jets to the worst passing record in the league, which is one of the many reason why the jets enter this game as 6 point underdog in the latest NFL game odds.
Date/Time: Sunday, December 7, 1:00 PM
Location: TCF Bank Stadium, Minneapolis, Minnesota
What makes that stat all the more depressing for Jets fans is that they have the 2nd best running offense in the NFL. It makes you wonder what this team could be if they had a serviceable QB. Ryan will likely be the scapegoat here, though, but don’t be surprised to see someone else taking all the snaps next season.

A pair of 1st-round rookies and former college teammates face off Sunday. Who has the edge?- http://t.co/1IO3WPRoC1 pic.twitter.com/yA2v6eBG3j— New York Jets (@nyjets) December 4, 2014

The Vikings offensive stats are not that much better than the Jets, but the big difference is that with Teddy Bridgewater, they have a rookie QB who looks as though he might have a future in the league. The Vikings have found ways to win this season, whereas the Jets always seem to find ways to hand over the game to their opponents. Where they have thrived as of late is against teams who are struggling this season, winning 3 of their last 5, knocking off the Buccaneers, Redskins, and Panthers in the process.BETTING ODDSThe Vikings are a 6-point home favorite for this one, which is not surprising, given that the Jets are winless on the road this season. Minnesota is 7-5 ATS this season, and have a 4-2 ATS mark in games played at home.The Jets are 3-8 ATS this season, although all three times they have covered has come when they were an underdog. These two haven’t met in the past three years, but if you go back to 1992, the Jets are 5-0 SU and ATS versus the Vikings.