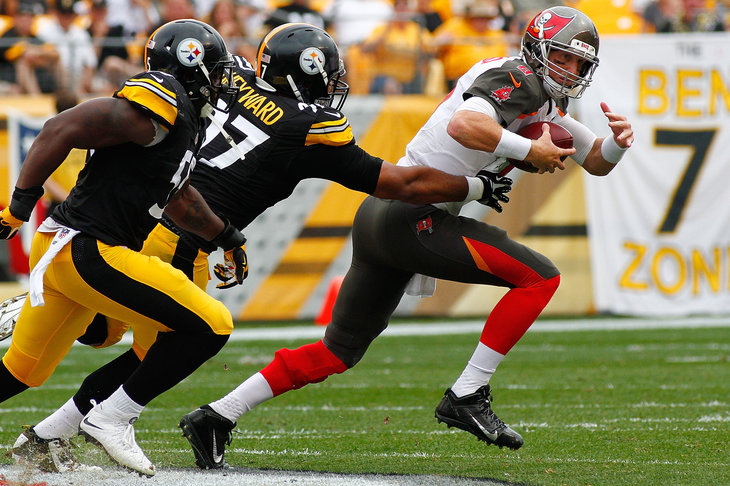 NFL News and Rumors
Only the Monday night game remains in Week 4 of the 2014 NFL season, so now would be a good time to look at the big winners and losers from that week before we start covering the coming games, NFL game lines and other valuable info heading to Week 5. So here we go…

The biggest sigh of relief has to be coming out of the Lambeau Field part of the world, as the Green bay Packers offense finally stepped it up to lay a beating on their division rival, the Chicago Bears. QB Aaron Rodgers threw 4 TD passes, which is sure to quiet down some of his detractors, and lead his team to their second win of the season. The packers are now second in the NFC North right under the 3-1 Detroit Lions, who also came victorious on Week 4 after beating the New York Jets at MetLife Stadium.

Saints remain as the biggest disappointment, sink deeper into mud.

At the opposite end of the comfort scale are the New Orleans Saints. Not only were they totally humiliated by the Dallas Cowboys, they are now at 1-3 on a season that looks to be sinking fast. The only thing that is keeping their hopes alive at the moment is the poor performance of the rest of the teams in the NFC South. Both the Falcons and Carolina Panthers fell on Week 4, losing their games to Minnesota and Baltimore respectively.Speaking about Atlanta, the Atlanta Falcons looked to be about as defensively inept as possible. They took their show on the road to Minnesota on Sunday to face a Viking team in disarray. The Vikings are without star RB Adrian Peterson while his alleged child endangerment case goes through the proper process, plus they also has a rookie QB at the helm in Teddy Bridgewater, playing his first ever NFL game. This looked like the scrip for a huge Falcons win, but they ended up going down hard, losing 41-28 and slipping to 2-2 on the season.Everyone is looking at Dallas as the surprise team this year, but the Miami Dolphins are starting to make a case for themselves. They made the difficult trip to London, England, where they were able to lay a decisive beating on the hapless Oakland Raiders.

Tampa Bay scores its first win of the season…Believe it or not.

One team that has lived up, or should we say down, to their poor billing are the Tampa Bay Buccaneers. Fresh of a whooping from the Atlanta Falcons, they looked to be the perfect fodder for the Pittsburgh Steelers, yet the Bucs were able to march into Heinz Field and steal a win courtesy of a TD with just 7 seconds left on the clock. The young, banged up Steelers defense did not look good, and this could end up being a long season for the Steelers.

Eagles are no longer undefeated

Another big winner this week was the San Francisco 49ers. They were in real danger of going 1-3 on the season, as they had to face a Philadelphia Eagles team that has their offense clicking on all cylinders in the first three weeks of the campaign. That unstoppable force ran into the immovable object, though, as the 49ers defense put on a bit of a master class, allowing the offense to do just enough to grind out a 26-21 win.So that’s pretty much it folks. The Pats and Chiefs are about to close Week 4, but don’t panic, the 2014 NFL betting season resumes on Thursday night when Vikings and Packers face at Lambeau Field. We’ll have a betting preview and NFL game odds analysis for that match in the coming days, so stay tuned.
Older post
Newer post