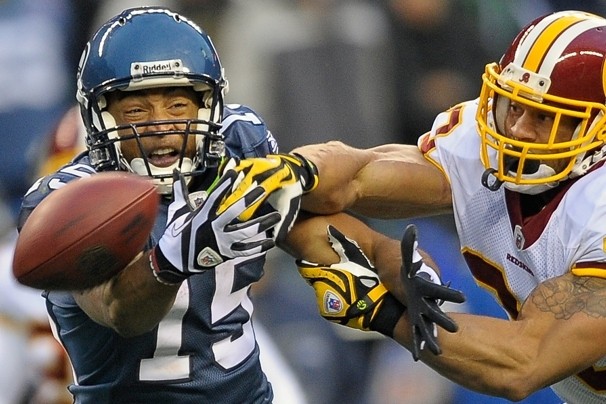 NFL News and Rumors
The Washington Redskins have dealt with more than enough controversy this year. The truth is that 1-3 Redskins have been a disappointment for pro football fans and bettors so far this season, and now that we’re about to enter another round of Monday Night football betting, questions surrounding the team’s performance continue to grow. They have failed to put a consistent performance, and after five weeks of action, they continue dealing with issues surrounding whether or not quarterback Kirk Cousins will be a legitimate long-term replacement for the injured Robert Griffin III. The heavily-criticized iron fist of Dan Snyder’s ownership of the Redskins and the ongoing controversy over the team’s nickname have only made things worse. So the question here is: Can the Redskins beat the Seahawks on MNF?

Unfortunately for Washington fans, things may not get much better this Monday night. The Redskins are back in Landover at FedEx Field but they are heavy underdogs against the 2-1 Seattle Seahawks. The Redskins are hoping to get back on the winning side of things but the efforts that the Seahawks have made in recent time might suggest otherwise.

While Kirk Cousins led the Redskins to a win in the team’s second game of the season following Griffin’s injury, the team has lost their last two games with the most recent being a 45-14 loss to the New York Giants. The team has given up more points than anyone else in the NFC East and hasn’t scored 100 points yet like the others in that division. Also, while Cousins has 934 passing yards, he also has five interceptions versus six touchdowns. The defense does have eleven sacks with five going to Ryan Kerrigan, thus making for one of the strongest efforts for the team’s defense so far this year. The Seattle Seahawks are coming off of their bye week following a 26-20 overtime win over Denver. The Seahawks have the third-best running average in the NFL with 148 yards per game. The team’s passing game has not been very productive though as Russell Wilson is averaging 203 yards per game. He still has six touchdowns though. Percy Harvin and Doug Baldwin are the only wide receivers in the triple digits for receiving yards so far this year. Tight end Zach Miller is also out with an ankle injury.

While the Redskins’ Alfred Morris is expected to be a bit of a challenge for the Seahawks, Seattle will benefit from safety Kam Chancellor coming back from an ankle injury. Redskins tackle Trent Williams and tight end Niles Paul are also going to come back from injuries this week. Meanwhile, while Wilson’s numbers have been lackluster, he is still showing a strong sense of leadership as exhibited in his overtime drive in the Seahawks’ last game. Wilson will have the benefit of going after a Redskins pass defense that is giving up about 240 passing yards per game.

Game Odds: SEAHAWKS: -7-115, OV 45 -110, ML -325 REDSKINS: +7-105, UN 45 -110, ML +275 While the Redskins have a number of noteworthy players coming back this week, the ongoing worries surrounding the team’s inefficiency at quarterback and Cousins’ constant turnovers may keep the Redskins from competing, and also from winning this game. The Redskins are listed at +7 with a 45 over/under. The Seahawks should have an easy time at this game with a 28-13 win and cover the 7-point NFL spread. The efficient nature of a well-rested Seattle Seahawks team should be ready to take on the Washington Redskins for an easy win. The only question left is whether or not anyone on the ESPN staff is going to actively boycott using the Redskin name on the air during this Monday night matchup?
Older post
Newer post