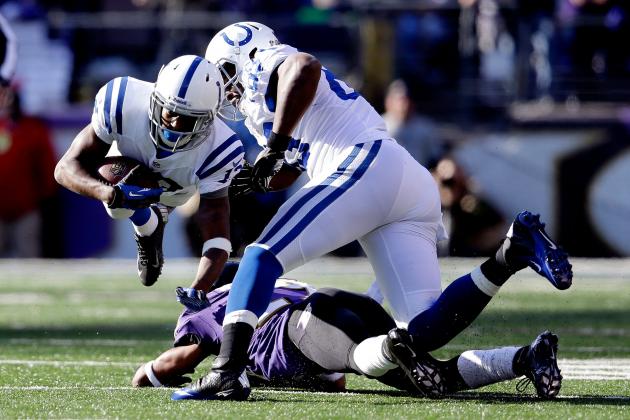 NFL News and Rumors
The 3-1 Baltimore Ravens and 2-2 Indianapolis Colts will be facing each other this Sunday at Lucas Oil Stadium in Indianapolis. The Ravens face a chance to take the lead in the AFC North with a win over the Colts and a Bengals loss to the Patriots, although, Baltimore went 1-4 against division-winning teams in 2013, and the Colts are 14-4 at home over the past three seasons, which makes the team one of the hottest NFL betting picks against the spread for Week 5.

A Look At the Teams

The Colts scored more than 40 points in their last two games. Both of those games were wins against Jacksonville and Tennessee. The Colts have the best pass offense in the NFL with 326 yards per game. Andrew Luck already has thirteen passing touchdowns with four of them going to running back Ahmad Bradshaw. Kicker Adam Vinatieri has made all eight of his field goals so far this year. For Baltimore, the team has won three games in a row with their last being a 38-10 rout over Carolina. Justin Forsett and Lorenzo Taliaferro have combined for a little more than 400 rushing yards and have two touchdowns each. This is the first of three road games that the Ravens will be playing in this month. The Ravens have especially benefited from an improved passing game in the last few weeks. Joe Flacco recently reached the thousand-yard mark for the season. Much of this has been thanks to Steve Smith, the team’s newest acquisition.

While the Colts have a strong offense, their defense has given up close to 25 points per game. Andrew Luck has gotten more than enough targets to work for him as six different players have gotten receiving touchdowns off of his work. Also, the Colts only have three fumbles this year but they have not done much with regards to trying to cause turnovers. The Colts will be hoping to get Reggie Wayne and T.Y. Hilton into the end zone. Wayne only has one touchdown while Hilton has yet to get in the end zone this season. The two have close to 300 receiving yards each. The Ravens have not done much with regards to turnovers either. While the Ravens have just one interception, they have only lost one fumble this year. That Bernard Pierce is also the only fumble the team has had this season. Wide receiver Steve Smith has especially been proficient from a receiving standpoint with 429 receiving yards plus three touchdowns with eight receptions going for at least twenty yards this year. Still, with tight end Dennis Pitta out for the foreseeable future, this leaves Flacco with one less option.

The story behind the Baltimore Colts relocation to Indianapolis nearly thirty years ago is no longer an issue in this rivalry. Then again, the Ravens have two Super Bowls while the Colts have just one. Even with this in mind, both teams will be at it in one of the closest games in the NFL this week. Expect the Ravens to come out and compete but in the end the momentum should be on the Indianapolis Colts to win this game.
Older post
Newer post