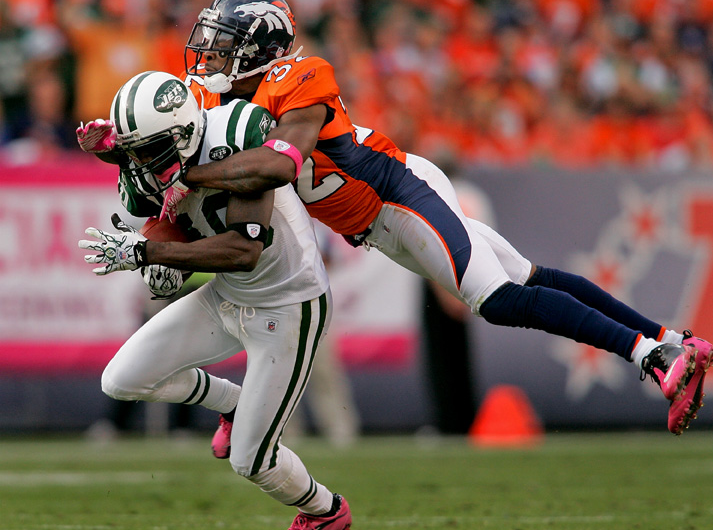 NFL News and Rumors
The 1-4 Jets are having one of the worst season starts in recent history. They’ve been dealing with multiple issues and that’s a situation that is starting to affect the overall performance of the team. The Jets have dropped four straight games, the longest losing streak under Coach Rex Ryan, including the first blank of the season (31-0 loss to the San Diego Chargers on Week 5). QB Geno Smith’s record still far from impressive, in fact, he’s currently tied for the most interceptions (6) and turnovers (8) in the NFL. With so many issues hanging by their neck at this point, the last thing they needed entering Week 6 is to face the 3-1 Broncos, a team that is enjoying a successful season start and one of the top NFL betting favorites this season. Denver has a very solid quarterback situation with Peyton Manning coming very close to breaking Brett Favre’s all-time touchdown record. Meanwhile, the New York Jets are in a major dispute over who should take the quarterback position for the next game.

After a loss to the Seattle Seahawks in Week 3’s Super Bowl rematch, the Broncos got back on the winning side of things with a 41-20 victory over Arizona. Despite the loss to Seattle, the team looks solid, and at this point of the season Denver holds the third-best passing total in the league as Peyton Manning has 1,293 passing yards with twelve touchdowns and three interceptions. Julius Thomas has seven receiving touchdowns while Demaryius Thomas has three.The New York Jets have been wavering in quality and the job of coach Rex Ryan has been on the line. There are many questions surrounding the team and their disastrous season, including who should get the starting position. The Jets say that Geno Smith is the team’s quarterback but Smith has six interceptions versus four touchdowns. This has led to people asking for Michael Vick to become the team’s new quarterback. In addition, the Jets have only scored more than twenty points only once this year and that was in a 31-24 loss to Green Bay. Their only win of the season came against a team with a worse record: the Oakland Raiders. The running game has been the only bright spot for the Jets. Chris Ivory and Chris Johnson have combined for nearly 500 yards so far in this season.

The biggest threat for the Jets comes from their quarterback situation. The Broncos have eleven sacks this year with DeMarcus Ware and Von Miller having 3.5 each. Still, the Jets pass defense has gotten seventeen sacks this year with Calvin Pace getting 3.5 this year. The Jets’ blitz has been very strong for the most part and could create a challenge for Manning.While the Broncos have a strong offense, the biggest issue for the team is its running game. Montee Ball is barely averaging 40 yards per game. This might be a burden in the event that the Jets are able to stop the strong passing game that the Broncos have run along with in recent time. In addition, the Broncos have allowed about 90 rushing yards per game and could allow Ivory and Johnson to run around them in this game.

Game Odds:BRONCOS: -9½-110, OV 47 ½ -110, ML -410JETS: +9½-110    UN 47 ½ -110, ML +330NFL gambling odds for this game favors the Broncos over the Jets. Manning and Co. are -9.5 favorites to knock off the Jets with a 47.5 over/under. As appealing as the +330 money line bet for the Jets may seem, but the Broncos have far too much momentum while the struggles surrounding the Jets have been far too intense. The strong passing game of the Broncos should propel the team to victory.  Whether or not Geno Smith or Rex Ryan will survive the season in New York is unclear. One thing that is for certain is that the Broncos are about to send the Jets  to the bottom of the league.
Older post
Newer post