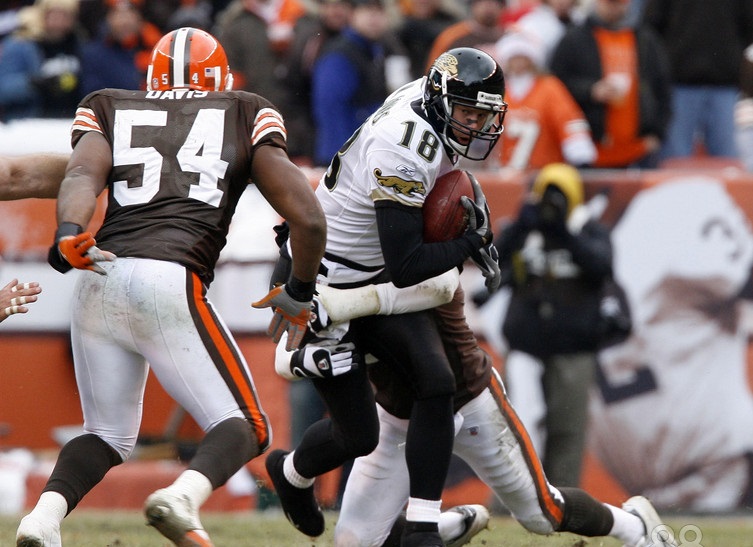 NFL News and Rumors
Two of the worst teams in the past few years in the NFL have been the Cleveland Browns and the Jacksonville Jaguars. The one thing that sets these two apart, though, is that one seems to be making a real effort to improve, while the other seems quite content to muddle along and play to half empty stadiums every single home game. If you follow the sport at all, you don’t need me to tell you which of the descriptions applies to which team, and who has the edge on the NFL game odds to win this match.

The Cleveland Browns have been the punchline to football jokes for as long as anyone cares to remember, but they have shown some real signs of life this season. They come into this weekend holding a 3-2 record which could be a whole lot better if not for a few bad breaks. Their two losses this season have come against AFC North opponents (Steelers and Ravens) by a combined total of just 5 points. Make no mistake, this is not the Browns team that you think you know, which they proved last week by totally dismantling the Pittsburgh Steelers 31-10.The same cannot be said for the Jacksonville Jaguars, as they continue to be a franchise that looks in total disarray. They are at 0-6 so far and look like a pretty good candidate to close the season as the only winless team in the league (Even the Raiders look better). Their rookie QB Blake Bortles looks like he may be the real deal, the kid is really talented and knows how to move the ball. Since taking over for Henne to begin the second half of the Indianapolis game in Week 3, Bortles has impressed fans and bettors, throwing 336 yards against Tennessee last Sunday in just his third start. The problem is the rest of the team, they had displayed very little talent all season long, which makes it difficult for Bortles to truly shine. It’s only a matter of time before this team relocates, and you have to believe that they will continue to underperform until the moving trucks arrive.

Game Odds:BROWNS: -5½-110, OV 45 -110, ML -245JAGUARS: +5½-110, UN 45 -110, ML +206The Browns come into this one as rather modest 5.5-point road favorites, which I suppose isn’t a big surprise given that the vast majority of their games have been incredibly tight this season. The point total is set at 45, and that number being hit will likely depend on whether or not the Jags can actually get the ball down the field.These teams have only met once in the past 3 seasons, with Jacksonville taking that one straight up and against the spread. The numbers are not so heavily in their favor this season. The Jags are currently 1-5 ATS, while the Browns are 3-2. Cleveland has only been made the favorite twice this season, and managed to cover both times.Cleveland should have no problem going on the road and getting the W here, but the big question is whether or not they will cover. I think that they absolutely will, and will come away with a double digit win.
Older post
Newer post