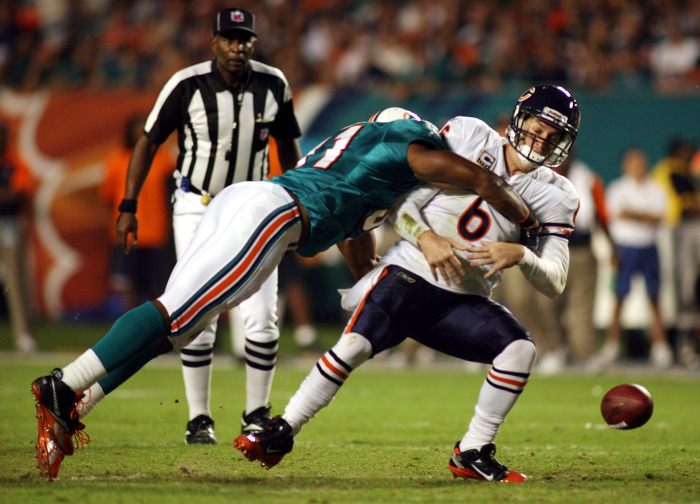 NFL News and Rumors
After handing the Atlanta Falcons their first loss of the season in an entertaining 38-14 game played last week, the Chicago Bears will be looking for a first home win when they duel the Miami Dolphins this Sunday. As for the Dolphins, it seems like they are yet to master the skills of swimming with NFL’s big fishes as they continue to drown against league rivals. In last Sunday’s game, the Dolphins narrowly lost 27-24 to the Packers. Below is an analysis of how these teams matchup, plus lines and NFL odds and a prediction on who is likely to get a win when they face-off at Soldier Field.Matchup Details a GlanceGame: Chicago Bears vs. Miami DolphinsDate: Sunday, Oct. 19, 2014Time: 1: 00 PM ETVenue: Soldier Field (Chicago, Illinois)Home vs. Away RecordWith their 1-10-1 ATS in their last 12 home games, there is a lot of pressure for the Bears to win in their home turf, especially because this season they are dismally 0-2 SU and ATS at home. On the flip side, the Dolphins have also been struggling on the road with a 3-5 SU and ATS in their last eight games away from home. But with Miami enjoying four wins SU and ATS in their last four road games against NFC North opponents, and that will certainly play on their favor when they face the Bears.Players, Team Tactics and Keys to VictoryChicago’s quarterback Jay Cutler will be key to the Bears’ victory. Cuttler has no trouble at all handling tough defenses and absorbing big blows. He was inspiring against the Falcons with 381 passing yards and a similar, or even better, performance could be game-defining against the Dolphins who had no solutions to the problem caused by Green Bay’s Aaron Rodgers. Conversely, stopping Cutler and forcing turnovers will be crucial for a Miami win.The Bears’ defensive combination of Jared Allen and Willie Young is good, but far from solid. Exploiting the spaces and defensive slackness that is often exhibited by the Bears’ defense could also help the Dolphins catch Chicago off-guard and even help them win the game.Game Odds:DOLPHINS: +3-110, OV 48 -110, ML + 145BEARS: -3-110, UN 48 -110, ML  -165Before blowing their lead to heartbreaking lose the game against the Packers in the final seconds, the Dolphins had shown a lot of character. The truth is that Miami, though lagging behind in its division, is a team well-endowed with potential. All it needs to do is avoid making costly mistakes and be able to hold on to its leads, however marginal it may be. If they can do that this Sunday, they’d be very capable of taking down the Bears.Game PredictionThough the 2-3 Dolphins will play their hearts out and intercept a few throws by Cutler. They won’t have trouble covering the 3 point NFL spread, and beating Miami. The Bears’ QB and his offensive team will out-muscle Miami to hand the 3-3 Chicago their first home-win of the season.
Older post
Newer post