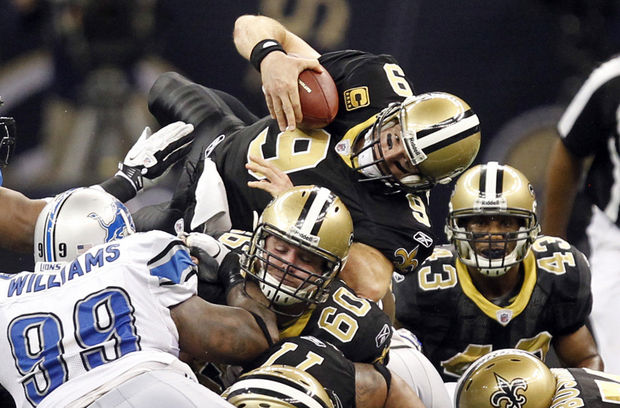 NFL News and Rumors
On Sunday, Oct. 19 at 1:00 PM ET, the implacable rivalry between the New Orleans Saints and the Detroit Lions will be rekindled when they face off at the Ford Field Stadium, Detroit, Michigan. In the regular season series, the Saints lead by an 11-9-1 record. Additionally, over the past eight matchups between the two rivals, New Orleans is 5-3, including a 45-28 thrashing of the Lions in their last meeting (January 2012). It is therefore safe to say that, as far as bragging rights are concerned, the Saints have it all. But putting this season into perspective, the two teams are just to close to tell, and the football betting lines reveal that odds makers are expecting more than a tight game.Detroit is 4-2 whereas New Orleans is just 2-3. So, although both teams won their previous games played over the past two weeks, the Lions have comparably looked more determined to grind out victories. With NFC playoff implications at stake in this game, the section below gives a break down of the game and how both teams measure up to getting a victory at the Motor City.

In regards to the Lions playing at home and the Saints playing on the road, neither of the teams has solid evidence to support its case for a victory this weekend. New Orleans is 1-8 SU and 0-9 ATS in its last regular-season road games while the Lions are 3-6 ATS in the last nine games they’ve been favored to win at home. Winning this game will thus come down to team tactics.Despite a 1-4 ATS and 2-3 SU in five games this season, the Saints have a second-ranked total offense in the nation as well as an eighth-ranked rushing offense. Impressive as their offense is, the Saints will be facing a solid Detroit defense that is allowing an average of 73.5 rushing yards and 197.17 passing yards. It will therefore be an irksome task for the Saints to get the better of such as resilient defensive unit.Game Odds:SAINTS: +2-110, OV 47 ½ -110, ML +115LIONS: -2-110, UN 47 ½ -110, ML -135Interestingly, the Lions do not have a robust offensive system, but they have a tendency of scoring when it matters most. It is no wonder Detroit ranks quite averagely in its offensive rush and passing yards. If New Orleans’ offense can break Detroit’s defense and score more than 30 points, they are most likely to come out of the fixture with a victory. This is majorly because the Lions have scored 20-plus points just once this season in the 24-17 win over the New York Jets.

This will undoubtedly be one of the biggest tests for the Lions who are strong contenders for the NFC North top-spot. However, no team is a clear favorite to win (2-point spread don’t make anybody favorite), so the game could go either way. That being said, I think the home advantage could, for once, work in Detroit’s favor and motivate them to a close victory.
Older post
Newer post