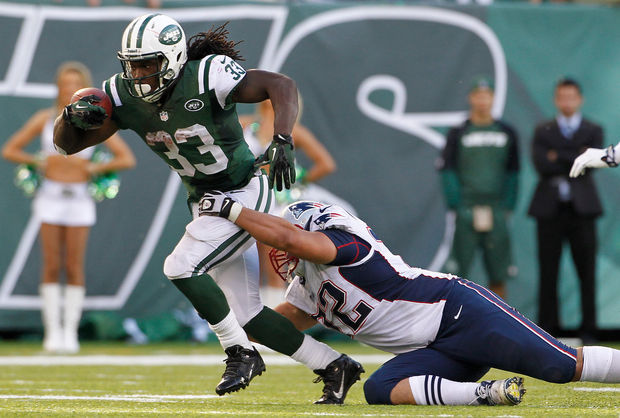 NFL News and Rumors
Week 6 of the NFL season is just about in the books, which means it’s time to start looking ahead at the match-ups for the next round of football betting action. There’s still a game programmed for Monday Night Football between the 49ers and the Rams, and while the match has some implications for the two NFC West foes, it is also a good time to start preparing for what’s coming on Week 7.  Specifically, we want to look at where you might be able to find some value in the upcoming slate of games. Where you generally find that is with teams on the road who may be favored by a number that is perhaps a little less than it should be. The edge generally goes to the home team in the NFL, which is why we need to look for some road warriors. So here’s the list wit the best football betting picks for Week 7:The first such opportunity comes with the Cleveland Browns traveling to Florida to take on the winless Jacksonville Jaguars. Cleveland has played a pair of road games this season, going 1-1 SU. They were incredibly competitive in both, beating the Titans by 1 and being beaten by a late Steelers field goal in Week 1. They have been installed as 5-point favorites this Sunday against a Jacksonville team that is truly awful. The Jags are 0-6 this season, as well as being 1-5 ATS, so there’s no real reason to believe the Browns won’t cover quite handily here.Game Odds:BROWNS: -4-110, OV 45 -110JAGUARS: +4-110, UN 45 -110A team that hits me as a bit of a hunch is the Tennessee Titans heading into Washington as 4.5-point underdogs against the Redskins. The Titans have been pretty inconsistent this season, but they have also played it tight the past 2 weeks against opponents of similar caliber to the Skins.  Tennessee beat the Steelers on the road on Week 1, and followed up a 1-point loss to the Browns with a 2-point win over Jacksonville. This one looks like being just as tight, but a win by a close margin of points is the most likely outcome. That means that bettors could benefit from the +4.5 spread on the Titans.Game Odds:TITANS: +4½-110, OV 46 -110REDSKINS:  -4½-110, UN 46 -110One of the biggest mismatches of the week looks to be the Arizona Cardinals traveling to California to take on the other winless team: The Oakland Raiders. Sure, the silver and black put up a decent fight against the San Diego Chargers this past weekend, but that was something of an anomaly. The Cards have been playing great on both sides of the ball, which is why it’s surprising to see them as only a 3.5-point favorite here. I see a double-digit win for the Cardinals, making them a pretty safe bet.Game Odds:CARDINALS: -3½-105, OV 43 ½ -110RAIDERS: +3½-115, UN 43 ½ -110The lock of the week, though, seems to be in the Thursday night game, where the one of the biggest disappointments of the season, the New York Jets, take their circus on the road to New England. The Patriots have finally righted the ship after a disjointed start, with their offense firing on all cylinders the past 2 weeks. They are 9.5-point favorites for this one, but should have no problem knocking off a Jets team that already seems to be looking forward to next year’s draft.Game Odds:JETS: +9½-110, OV 46 ½ -110PATRIOTS: -9½-110, UN 46 ½ -110There are plenty quality games on the schedule for Week 7, including Vikings@Buffalo, Chiefs@Chargers, Niners@Broncos, and Panthers@Packers. We suggest betting fans to keep an eye on the NFL lines and odds for this coming round. In the meantime, enjoy the Monday Night game, we’re sure that Niners and Rams will put up a hell of a game. So get ready for a intense night of pro football action.
Older post
Newer post