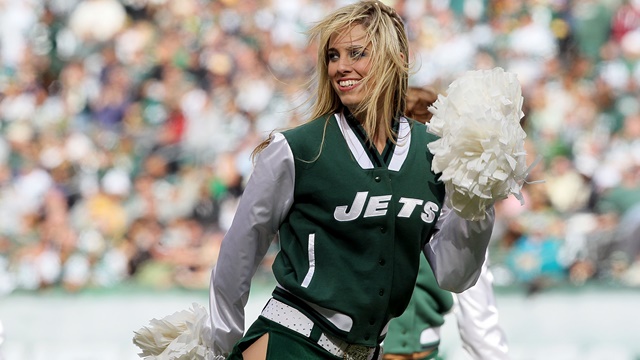 NFL News and Rumors
The New York Jets are a team that have looked dead and buried for a few weeks now, with Coach Rex Ryan occupying a seat that is hotter than most. A total of six straight losses including a disastrous 31-0 loss to the San Diego Chargers on Week 5 put the team lead by QB Geno Smith as one of the worst in the league. They look bad, but this Sunday they’ll get a chance to rebound and improve their poor record. Surprisingly, the NFL point spread for this game favors the Jets to beat a Buffalo Bills team that doesn’t really seem to have an identity, but which has somehow manage to claw their way to a 4-3 record this season.Game time: 1:00 p.m. ETLocation: MetLife Stadium, East Rutherford, NJTV: CBSOnline: NFL.com GameCenterJust when everyone was about to start shoveling dirt on the coffin of the Jets, they put in a gritty performance against the surging New England Patriots while playing on the road. Had they played that way all season, they would not be sitting at the 1-6 record they are currently at. Their biggest issue has to be at the QB position, with Geno Smith not looking like he is ready for prime time and backup Michael Vick looking done. Things looked a little better last week, and the addition of Percy Harvin could add a little more life to the offense.The Bills have been the model of inconsistency this year, but they are also coming off one of their grittiest performances in recent memory. They had both of their running backs, C.J. Spiller and Fred Jackson, go down against the Vikings, yet they still managed to grind out a 17-16 win over Minnesota in the ebbing moments of the game. Both RB’s are out indefinitely, which has to be a major cause for concern moving forward.Betting OddsThe apparent lack of a running game for the Bills is probably the reason why the Jets have been installed as a 2.5-point favorite. The Jets are not exactly lighting it up ATS this season, going a miserable 1-5-1. The Bills are 3-4 ATS, although they are also 2-1 ATS when taking their show on the road. That said, that record came when their QB has someone to hand the ball off to. The Bills have not had much success on the road to the Jets in the past three years. The men in green and white are 2-0 SU and ATS against the Bills going back three seasons.Game Odds:BILLS: +2½+105, OV 40 -110, +135JETS:-2½-125, UN 40 -110, -155The addition of Percy Harvin into the Jets line-up may deliver a short term boost to their offense, but we haven’t seen in in action with his new team, so chances are we’ll see the Jets falling down in flames again. I’m curiuos about the NFL betting odds on this match, I really want to be optimistic and give ’em a chance, but I don’t see the Jets breaking their losing streak this weekend. I really think the Bills have a much stronger defense and that they are going to be pretty one dimensional on offense and beat the Jets in the end.
Older post
Newer post