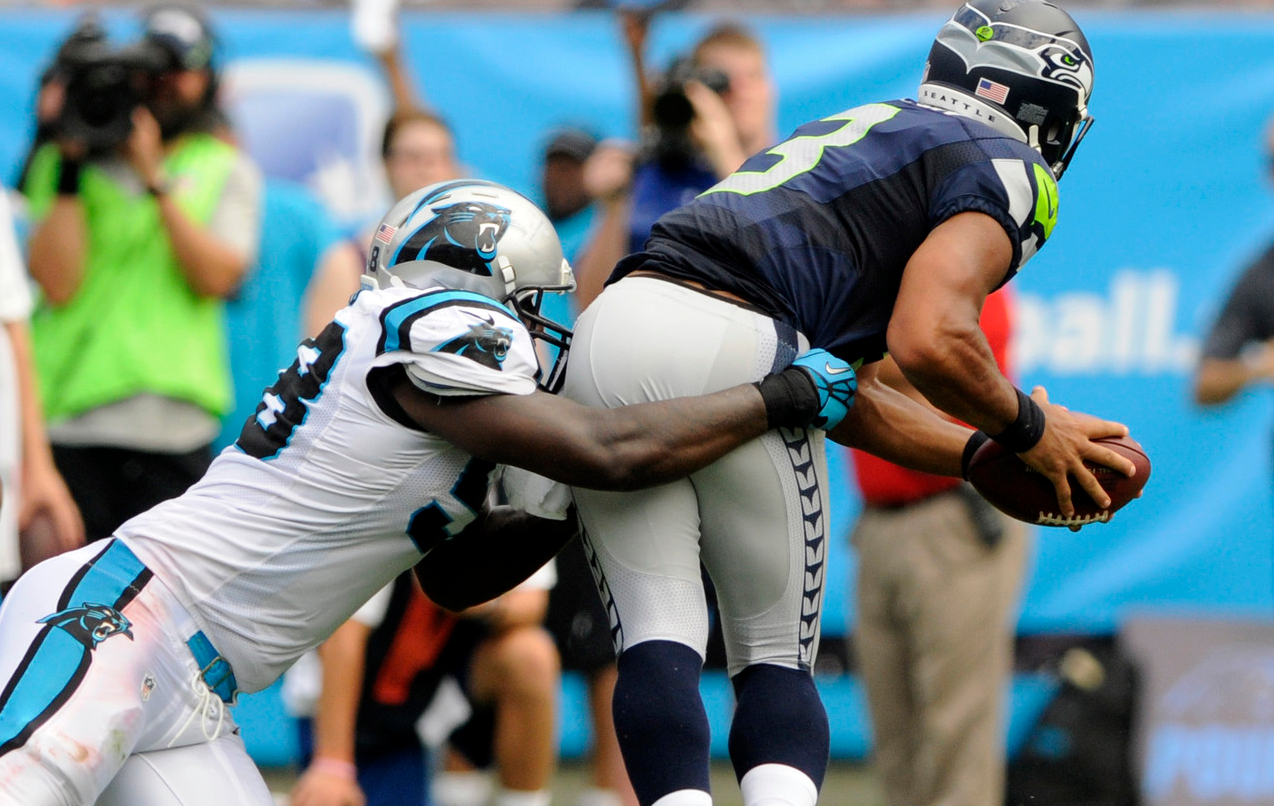 NFL News and Rumors
Sunday’s NFL matchup between the 3-3 Seattle Seahawks and the 3-3-1 Carolina Panthers is highly awaited with much expectation as both teams look to improve their season records. The Seahawks are 3-0 SU and ATS in the last three games against the Panthers and, after losing their previous game to St. Louis, Seattle will be hoping to get back to winning ways this Sunday. As for the Panthers, they are 9-2 SU and 8-2-1 ATS in their last 11 games at home. When hosting Seattle this weekend, Carolina will expect to at least not disappoint its fans after losing their previous game to Green Bay, but despite having the home advantage, the Panthers head to this game as home underdogs on the existing NFL game odds.Game: Seattle Seahawks vs. Carolina PanthersVenue: Bank of America StadiumDate: Sunday, Oct. 26, 2014, 1:00 PM ETBroadcast on CBSBetting on the SeahawksLast Sunday’s 28-26 narrow loss by Seattle to the St. Louis Rams was a big setback, considering the team is going into the next game against a tougher opponent, the Panthers. Nonetheless, despite losing the game, the Seahawks had some flashes of brilliance in the game, especially from their QB Russell Wilson. The quarterback completed 23 of 36 passes for 313 yards besides rushing for 106 yards and becoming the first QB in NFL history to record at least 300 passing yards with 100 rushing yards in one game.As a crucial note, Seattle must improve on the offensive play as well as overall discipline on the field as these could contribute to the team’s loss, as was observed last Sunday. The ten penalties Seattle committed against the Rams led to a total loss of 89 yards and greatly contributed to the eventual loss of that game. The team must eradicate such mistakes if they are to stand any winning chance against the Panthers this coming weekend.Carolina’s offense has been far from outstanding this season. To outplay them, it will be important for the visitors to make more runs and go for early points from the start of the game, hence forcing the Panthers to play catchup. Additionally, the Seahawks should be more disciplined in the defense by controlling the ball and keeping extra possessions from the opponent. If they do so, and increase their creativity in the offensive finishing, a win would be very likely this weekend.Betting on the PanthersCarolina is back to the drawing board after last Sunday’s 38-17 merciless loss to the Green Bay Packers. QB Cam Newton recorded 246 total yards against the Packers and a week ago, he recorded 395 total yards when they played the Bengals. Newton also completed 17 of 31 passes for 205 yards with 41 rushing yards on seven carries against the Packers. These statistics are averagely impressive and a more fluid finishing will be required from him this weekend.The Panthers should also improve in the offensive play and create more scoring opportunities for Newton to avoid embarrassment at home this Sunday. And while improving on scoring opportunities, Carolina’s defense must ensure that they minimize the strong passing attacks by the experienced Wilson who will start in the Seahawks’ offense.Panthers backup running back Chris Ogbonnaya was officially listed as questionable for Sunday’s game against the Seahawks in Week 8. Ogbonnaya was carted off the practice field with a groin injury on Friday, leaving his status for Sunday up in the air.

The Panthers’ defense has allowed a total of 195 points translating to 27.8 points per game this season compared to 241 points for an average of 15 points per game in the whole of last season. This downward spiral by the defense is the reason they have a 3-3-1 record this season and an improvement is compulsory if they are to win Sunday’s game against Seattle.Game Odds:SEAHAWKS: -5-110, OV 45 -110, ML -230PANTHERS: +5-110, UN 45 -110, ML +190Although the Panthers will start the game strongly, mainly due to home ground support, the visitors will get more confidence as the game progresses and take the wheel. The Seahawks then steer the game to a win and stop their current three-game losing streak.
Older post
Newer post