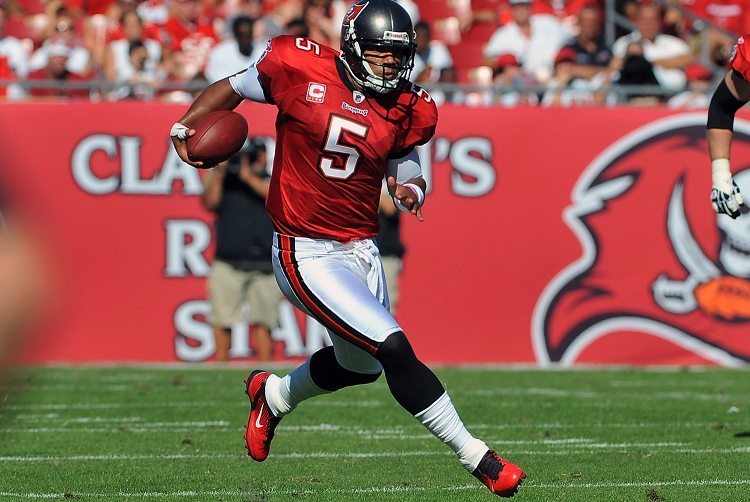 NFL News and Rumors
The Cleveland Browns and the Tampa Bay Buccaneers have been arguably two of the worst teams in the NFL going back over a span of a few years. A big part of the problem for both has been finding a QB that they can build around, yet both have a little bit of a QB controversy going on at the moment. Despite all the bad things we can say about Cleveland, the team is having an acceptable season this year, and a decent home record. So the fact that they enter the game as 6-point favorites in the NFL lines isn’t really a surprise after all.
Date/Time: Sunday, November 2, 1:00 PM
Location: FirstEnergy Stadium, Cleveland, OhioBroadcast on FOX, NFL RedZone
The Brown were the talk of the draft when they took Johnny Manziel, but they were also quick to say that he would definitely be in a back-up role to Brian Hoyer. They have stayed true to that claim, but reports are surfacing that Manziel is becoming more and more disgruntled with his clipboard holding duties. Hoyer has been serviceable this year, taking the Browns to a 4-3 record that is a surprise to many. That said, he has been a little handcuffed in what he has been asked to do, and is yet to have a 300-yard game this season despite the fact that the Browns have had to regularly play from behind.The QB controversy in Tampa Bay has to do with the return of starting QB Josh McCown from injury. Mike Glennon has been the captain of the pirate ship in his absence, and while he has only compiled a 1-3 record in that time, he has not really been the cause of the losses that the Bucs have taken. The question that the coaching staff has to answer is whether things would really have turned out any differently had McCown been the one taking the snaps.BETTING ODDSCleveland are a 6.5-point home favorite for this match-up and come in with a 4-3 ATS record so far this season. On the one occasion where they were installed as a home favorite with a similar line, they were able to cover. The Buccaneers are 2-5 ATS, but interestingly enough, both of the games in which they covered came on the road. That included a game against another AFC North opponent in the form of the Pittsburgh Steelers.GAME ODDSBUCCANEERS: +6½-110, OV 43 ½ -110, ML +240BROWNS: -6½-110, UN 43 ½ -110, ML -290If you throw out the woeful game against the Jacksonville Jaguars, the Browns have been very competitive this season, going 4-1 in their last 3 games. The same cannot be said for Tampa Bay who are currently on a 3-game losing skid. To be a little fair, two of those losses came against good opponents in the form of the Saints and the Ravens. I liked Cleveland to win this one by a TD before the lines were put out, and I will be sticking to that thought, which means take the Browns -6.5.
Older post
Newer post