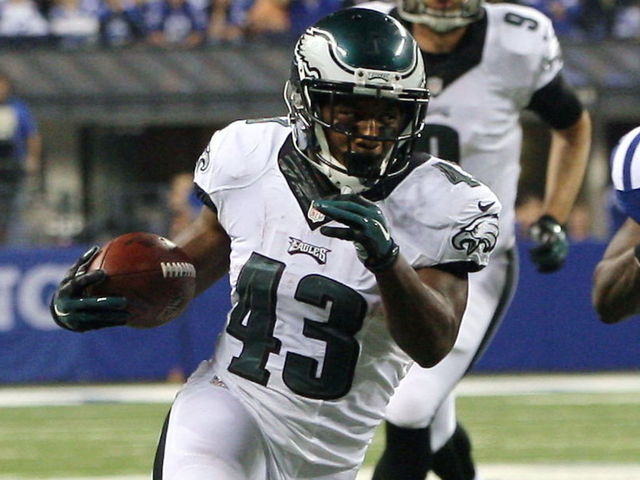 NFL News and Rumors
Each and every week when I sit down and take a look at the upcoming NFL match-ups, I try to pick out a game or two that would essentially qualify as a lock and that has at least some betting potential. The “any given Sunday” element always makes that difficult, on top of that, there are several good games scheduled this week (All NFL betting odds are listed here), but the match that stood out this week was the Philadelphia Eagles heading into Texas to take on the Houston Texans.Date/Time: Sunday, November 2, 1:00 PMLocation: NRG Stadium, Houston, TexasBroadcast on FOXEveryone expected the Eagles to be one of the strongest teams this season, and they haven’t really disappointed, going 5-2 so far. What may be the biggest surprise is that they have actually been quite effective in defense, especially against the run, and they are going to need to lean pretty heavily on that this weekend. Their offense may not be as high-powered as was first thought coming into the start of the season, but that said, they have scored at least 20 points in each of their 7 games so far.The Houston Texan have leaned heavily on Arian Foster’s run game ability this season, which isn’t really much of a surprise to anyone. QB Ryan Fitzpatrick is a decent veteran QB, but he is not the type of guy that is going to beat you with his arm when the run offense starts to sputter, which is why the Texans have been at their most effective when they can get the run game established. It remains to be seen whether or not they will be able to do that against a tough Philly D.BETTING ODDSI have to confess that the 2-point line jumped off the page at me the moment I saw it. Yes, road teams tend to be undervalued a little in the NFL, but this looks very much like a bit of a mismatch to me.The Eagles are currently 4-3 ATS this season, but their 1-2 record ATS while playing on the road may be a bit of a concern for some. The Texans are 5-3 ATS and are 2-1 at home, albeit against opponents that are not quite on the level of the Philadelphia Eagles.Game Odds:EAGLES: -2½-110,  OV 49 -110, ML -135TEXANS: +2½-110, UN 49 -110, ML +115The Texans are going to have to establish a run game early on or this thing has a chance of getting away from them early. I don’t see them being super successful on the ground here, but they may do enough to keep it close for a while. I’m pretty sure the favorite Texans will give Philadelphia a hard time, but in the end I see the Eagles winning this match and getting back on track, which is why I love these kind of games.
Older post
Newer post