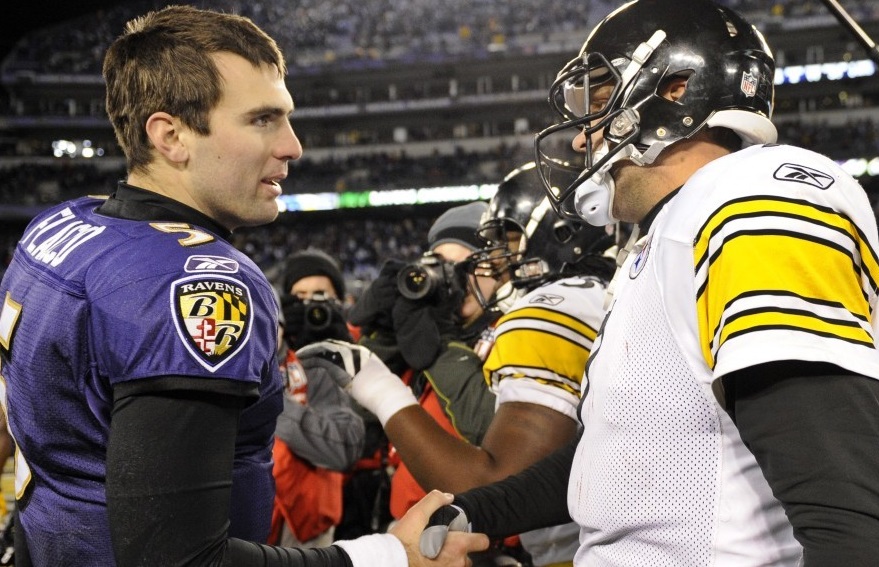 NFL News and Rumors
The Baltimore Ravens and Pittsburgh Steelers have one of the fiercest rivalries in the NFL, which is what makes any game between these two teams a must watch. The two teams will face each other for the last time this season, when they play on Sunday Night, and we have a quick analysis on the match, including football betting odds, game preview and more. Date/Time: Sunday, November 2, 8:30 PM. ET Location: Heinz Field, Pittsburgh, Pennsylvania Broadcast on NBC The Ravens are 1.5 point favorites in this game, which is strange,considering the fact that these two teams are big time rivals. The Ravens lost their game against the Bengals last week, Pittsburgh scored a record number of points against the Indianapolis Colts, taking the win 34-51. The Steelers are 3-1 at home this season, and the game is being played in Pittsburgh. The smart move will be to take Pittsburgh as the home underdogs.

What about you @jimmyfallon? Least Likely To Be Surprised When The Ravens Win? Superlatives: Steelers and Ravens http://t.co/wFiv71mPJh — Baltimore Ravens (@Ravens) November 1, 2014

Game Odds RAVENS: -1½-110    OV 47 ½ -110, ML -125 STEELERS: +1½-110, UN 47 ½ -110, ML +105 Because both teams have scored a lot of points this season, the over/under is this game is set at 48.5 points, but anyone who has been following this rivalry for a while knows that the total amount of points scored will be under 48.5, because these games are usually defensive slug fests. The last time both teams combined for more than 48 points in a regular season game was in September 2003, when they combined for 49 points, since then the closest they have come to scoring more than 48 points came in 2007, when they combined for 45 points. The smart move in this situation is to stay away from the over in this game. Ben Roethlisberger will have another big game. This seems like an easy prediction to make, considering the fact that he threw for over 500 yards and 6 touchdowns last week, but you have to remember that QB Ben Roethlisberger has not thrown for over 300 yards against the Ravens since 2011. The reason Roethlisberger will throw for over 300 yards against the Ravens this week is the Ravens have already allowed three quarterbacks to throw for over 300 yards against them, their pass defense is 22nd in the league, which isn’t very good, and the Steelers have the 4th best passing attack in the league, averaging 291 yards per game, which makes it more than likely that he will surpass 300 yards on Sunday Night. Even though the Ravens are the favorites in this game, they will lose their second straight game, because the Steelers were embarrassed when they played in Baltimore, losing the game by 20 points. These two teams usually split their season series, and neither team has swept the season series since 2011, when Baltimore swept Pittsburgh. Pittsburgh will be playing at home, with the home crowd behind them, and won’t turn the ball over like they did in the first game against the Ravens.
Older post
Newer post