NFL News and Rumors
Last Friday, Houston Texans running back Arian Foster had surgery with Dr. William Meyers in Philadelphia to fix a groin injury that he incurred during the first practice in full pads earlier last week. The season is set to start in just over a month, and many NFL betting fans are wondering when Foster will be able to come back to the football field. The exact answer is still up in the air, but he might be coming back too quickly for the team to put him on the injured reserve/designated for return list.When Foster left the field Monday with that injury, the training staff already thought that surgery was a possible option. The suggestion was that one of Foster’s adductor muscles (along the inner thigh) had been torn in what is generally called a groin strain or injury. While groin injuries can involve several different muscles, the inner thigh (adductor) muscles are generally involved in one way or another.

The adductors attach to the front of the pelvis, right under the belly button. The muscles use this attachment point as leverage to bring the thighs together toward the body’s midline. They also help other hip motions, generally as an athlete is driving his legs forward and trying to maintain stability on the pelvis. When you pull your leg away from your midline, you stretch your adductor muscles. If you pull the leg out further than your typical range of motion, particularly if you do it suddenly, the muscle can tear. This frequently happens to athletes when they slip, leading to their legs stretching apart. This happened to Montee Ball, a running back for the Denver Broncos, when his left leg caught against the left leg of a defender and he tried to gather himself with his right foot but slipped into an awful version of the splits. The resulting tear ended Ball’s season.When you tear this muscle, you’ll often feel a tear or burn. The pain can vary widely, as can the severity of the injury. The muscle fibers can tear partially, or the adductor can partially or totally tear away from the pelvis. As the muscle tears away from the pelvis, it can also cause damage to the cartilage beneath. When tears are more substantial, surgery is often the best response. 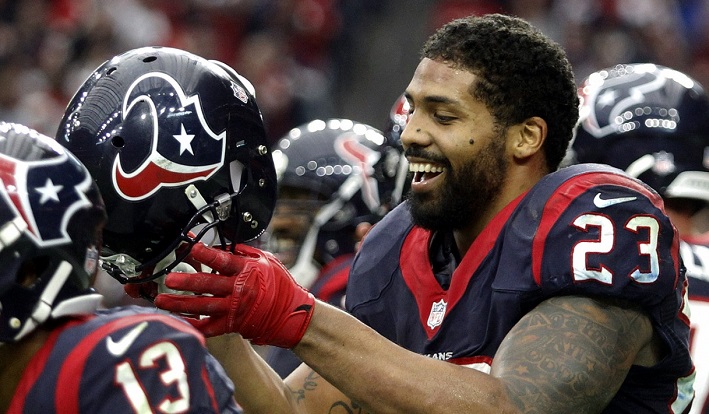 The timetable for return also varies widely. If the Texans put Arian Foster down as their IR/designated for return player, he could start practicing after Week 6 and play after Week 8. The Texans have their bye in Week 9, so he could return in Week 10. This means that he could miss half the season. He does have a history of lower body injuries that damage the soft tissue areas, and forcing him to return too soon by not putting him in that slot could jeopardize his long-term health – and the success of the Texans’ season. The Texans have time to make this decision, but it does throw a wrench in the Texans’ plans to contend in the AFC South this season.Sources:NFL.com (http://www.nfl.com/player/monteeball/2539341/profile)Rotoworld.com (http://www.rotoworld.com/player/nfl/5469/arian-foster)
Older post
Newer post