The Arizona Cardinals (11-5 SU, 11-5 ATS, 5-10-1 O/U) have recorded consecutive double-digit-win seasons, but saw their chances at really doing some damage in the 2014 postseason go down the drain with the most recent ACL injury to starting quarterback Carson Palmer late in the 2014 regular season.Now, with genius defensive coordinator Todd Bowles gone to take the head coaching job with the Jets and Palmer likely to start the 2015 season banged-up as he tries to regain his form, the big question for the Cards is whether or not they can hold their NFL odds and remain in the NFC Championship mix in 2015.Thanks to this expert betting breakdown, you’re going to have an excellent idea of just how far the Cards will go in their chances to cash in on their value-packed Super Bowl Futures Odds. 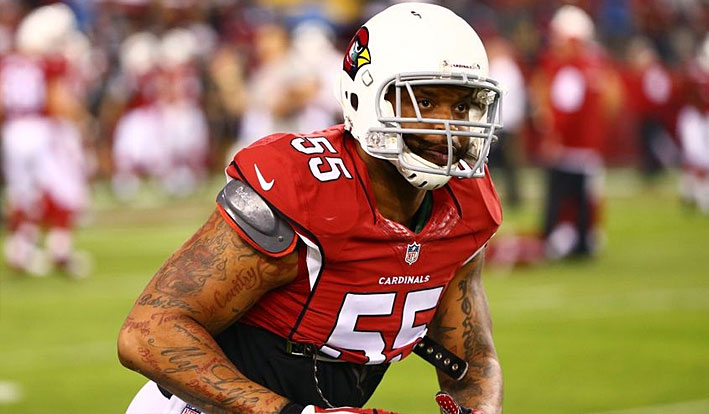 The GoodIn spite of losing Carson Palmer and watching their postseason hopes go down the drain because of it, the Cardinals had a lot of good things happen to them in 2014, though almost all of it came on the defensive side of the ball.Arizona somehow managed to finish fifth in the league in points allowed (18.7 ppg) despite the fact that they finished just 29th against the pass (259.5 ypg) and 13th against the run (108.7 ypg).Along the way, defensive end Calais Campbell (7 sacks) and cornerback Patrick Peterson (3 interceptions) both earned Pro Bowl berths.

There was also plenty of bad for Arizona this past season as the Cards ranked an uninspiring 24th in total offense and identical 24th in scoring (19.4 ppg). Arizona also finished 24th in total defense (368.2 ypg) and a dismal 29th against the pass (259.5 ypg) after fielding top 10 units in all three phases in 2013. 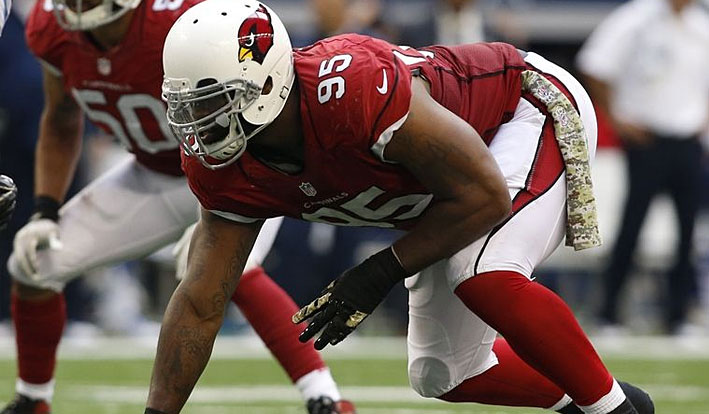 Once Carson Palmer went down, so did Arizona’s passing attack –and accompanying chances of going deep in the NFC playoffs.

Fourth-year quarterback Ryan Lindley struggled in four starts, throwing just two touchdown passes and four interceptions while coming up with a stinker of a performance in the Cardinals’ humbling 27-16 Wild Card loss at Carolina. Lindley completed just 16 of 28 passes in that affair while throwing one TD pass and two interceptions and fumbling once.Let’s take a look at Arizona’s offensive statistics from this past season. 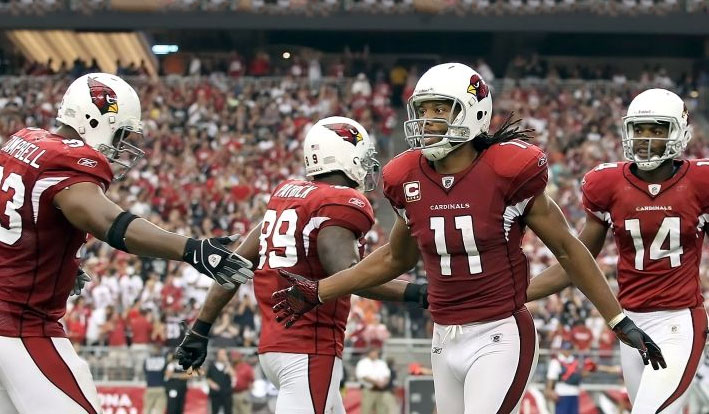 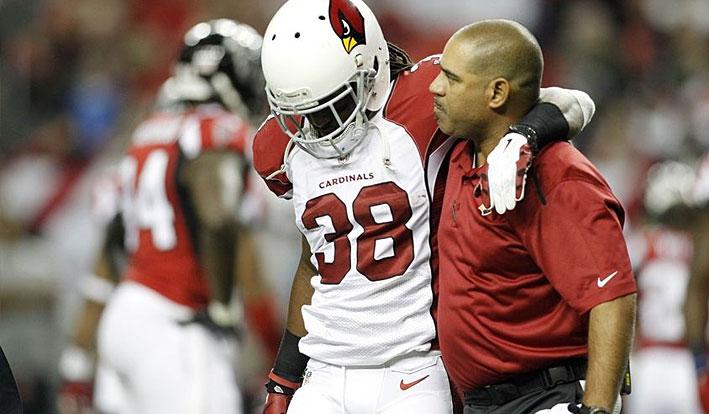 Head coach Bruce Arians has already gone on record to say that he wants to pair a big running back with elusive speedster Andre Ellington, especially after the latter missed a lot of practice time in 2014 because of injuries.“We missed Jonathan Dwyer, the bigger back that we had, and we’ll see if we can get somebody to fit that role,” Arians told reporters at the NFL Combine. “There are still guys that are feature backs. And there’s some of those guys in this draft.”

Last but not least, Arizona needs an upgrade or two along the offensive line. Veteran center Lyle Sendlein will likely be jettisoned after his sub par season and I believe the Cards will have at least two new starters on the offensive line if not three. 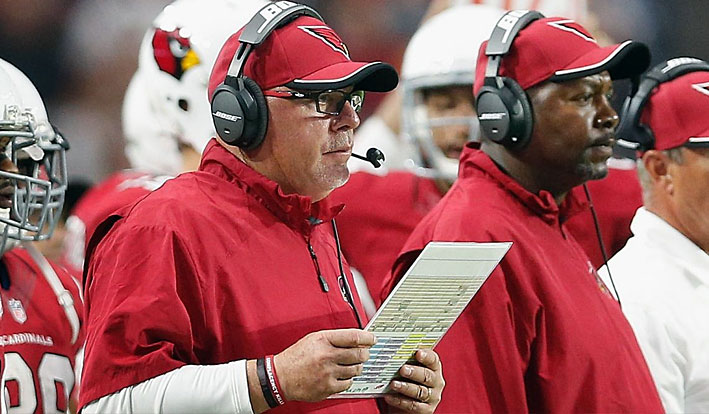 The Cardinals could stand to draft a young quarterback in the middle to late rounds of the upcoming 2015 NFL draft, seeing as how Ryan Lindley proved why he’s been a career backup and former Virginia Tech star Logan Thomas has yet to sow he’s ready to become a certifiable No. 2 at this stage of his career.

Arizona Cardinals +4000At +4000, I think Arizona is worth a wager on their 2015 Super Bowl Futures Odds, particularly knowing that Bruce Arians is one of the best head coaches and motivators in the league and that Arizona’s defense can generally keep them in every game.

While I said the Cards are worth a wager against their Super Bowl Futures Odds, I didn’t say that I necessarily like them to win it all – or even reach the NFC title tilt for that matter.I think the Cardinals could struggle out of the gate of Carson Palmer isn’t ready to go at the start of the season and either Lindley or Thomas struggles in his place. 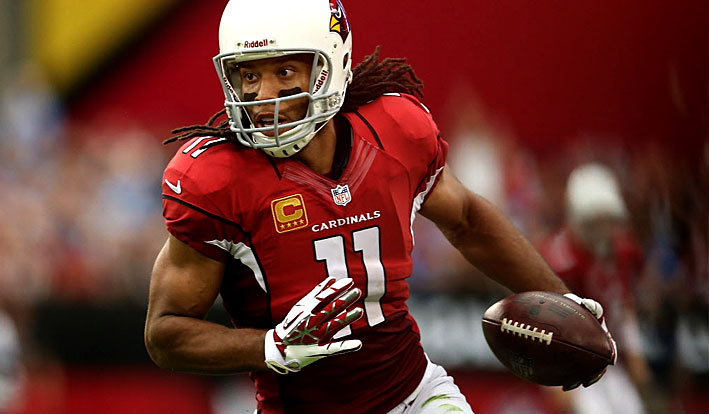 I’m also a big believer in former defensive coordinator Todd Bowles and I suspect Arizona’s defense could take another step backwards without him leading the way with his myriad blitz packages. New defensive coordinator James Bettcher is respected by many throughout the league, but he’ll be hard-pressed to match Bowles’ genius.I Arizona can re-sign its important free agents like Antonio Rodgers-Cromartie and nose tackle Dan Williams, they could approach nine wins or 10 at best.However, I think the more likely scenario is that Arizona struggles to find its way early on and suffers a few losses that ultimately keep them out of the postseason.The Cardinals have the fifth toughest schedule in the league (142-113-1, .557) and I expect them to struggle a bit on both sides of the ball with a returning Palmer not being quite at 100 percent and without Todd Bowles. 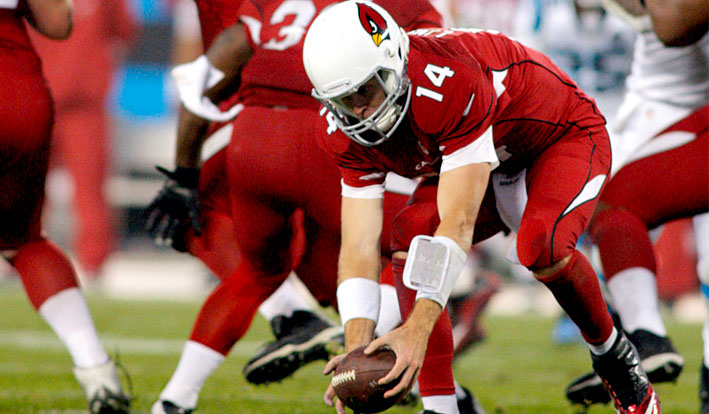