NFL News and Rumors
Bo Jackson was one of the biggest NFL betting favorites and major anomalies of professional sport, having the skills to excel in two different pro leagues – Major League Baseball and the National Football League. If it hadn’t been for a 1991 hip injury, there is no knowing how far he would have gone. That injury ended his football career with the Oakland Raiders and limited his effectiveness with baseball’s Kansas City Royals, with whom he won the MVP of the All-Star Game in 1989. The Heisman Trophy winner in 1985, he was also a star running back in the NFL, scoring 16 touchdowns and galloping for 2,782 total yards. Deion Sanders and Brian Jordan also plied their trade for both the Atlanta Falcons and the Atlanta Braves, but Jackson is the gold standard for dual-sport pro athletes.Russell Wilson occasionally gets some talk as a two-sport athlete. He was a prospect for the Colorado Rockies as a middle infielder, and the Texas Rangers now hold his rights. Wilson has appeared at spring training the past two seasons for Texas, even smacking a batting practice home run wearing Rangers garb this past spring. However, no one thinks that he would try to play for the Rangers and the Seahawks at the same time.

So is there anyone on the horizon who could fill Bo Jackson’s shoes? We might not have to look any further than Tampa Bay, thanks to the arrival of Jameis Winston. In addition to starring on the football field at Florida State, Winston was also an outfielder and the closer for the team.Could it work? Bo Jackson was a running back, and Winston is a quarterback. However, if Winston could gain the confidence of his NFL team, he could play baseball as well. If Winston is short on anything, it certainly isn’t confidence. Even so, he maintains great respect for the legacy of Bo Jackson. He also doesn’t want to get specific about plans to play two sports because of the importance to build a foundation with the Buccaneers.In the 2012 MLB draft, the Texas Rangers selected Winston. They picked him up in the 15th round, but according to Bleacher Report’s Mike Rosenbaum, Winston could have gone in the first round that year. However, team representatives knew that Winston had a strong commitment to FSU in both football and baseball. Also, teams were limited in what they could spend, so tying up a lot of money in someone who might never even play pro baseball wasn’t a priority. The Rangers decided to roll the dice, just on the off chance that he leaves football behind. 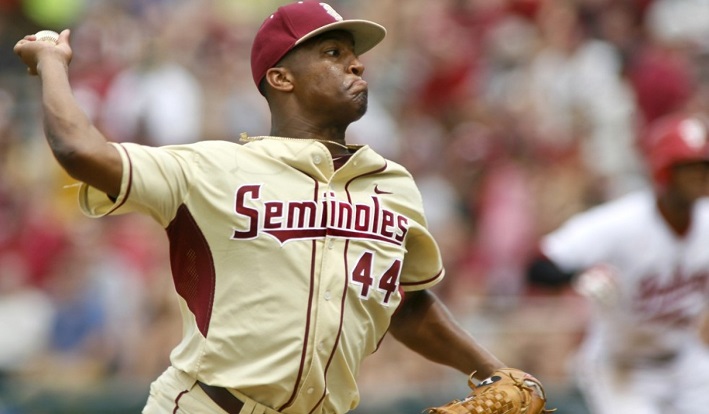 Having Russell Wilson show up to training camp and talk to the minor league players each year, for example, is worth the five figures the Rangers have to pay to retain his rights each year. The same could go for Winston if his career takes off as a Buccaneer. If he decides he can play both sports, though, he is seen as a pitcher first, with a fastball that regularly tags 97 on the gun. His slider is hard and in the mid-80s, and he can locate it for strikes or drop it off the table to get people to strikeouts. His changeup is also a knockout pitch.For now, Jameis Winston is committed to pro football. It will be interesting to see if he can branch out into baseball as well.Sources:NFL.com (http://www.nfl.com/player/bojackson/2517329/profile)Wikipedia.org (https://en.wikipedia.org/wiki/Jameis_Winston)
Older post
Newer post