NFL News and Rumors
If you’re a Chicago Bears NFL odds fan, then you have likely become numb to the possibility of the crucial fourth quarter interception by your quarterback, Jay Cutler. When he recently went down to injury, though, the Bears Nation saw just how much they need to have Cutler under center. Why? His replacement, Jimmy Clausen, led the Bears to ten straight punts and a shutout at the hands of Seattle. Against the Raiders, Cutler threw for 281 yards and two scores, as well as a game winning drive as the clock wound down, setting the stage for Robbie Gould to win the contest with a field goal as online sportsbook fans might recall. Did you know that Jay Cutler is terrific on third down? Check this out:

The Bears were 10 for 17 on third down in that game. In the fateful drive, Cutler (while dealing with a hurt hamstring) took the Bears for twelve plays and got a key first down on a fourth down attempt with a brilliant throw to Martellus Bennett. Then he made an extremely accurate throw to marquess Wilson to bring the Bears into field goal range, putting the ball where Wilson was the only one who would be able to touch the ball. So it just might be that Mr. Interception is tough and clutch after all. 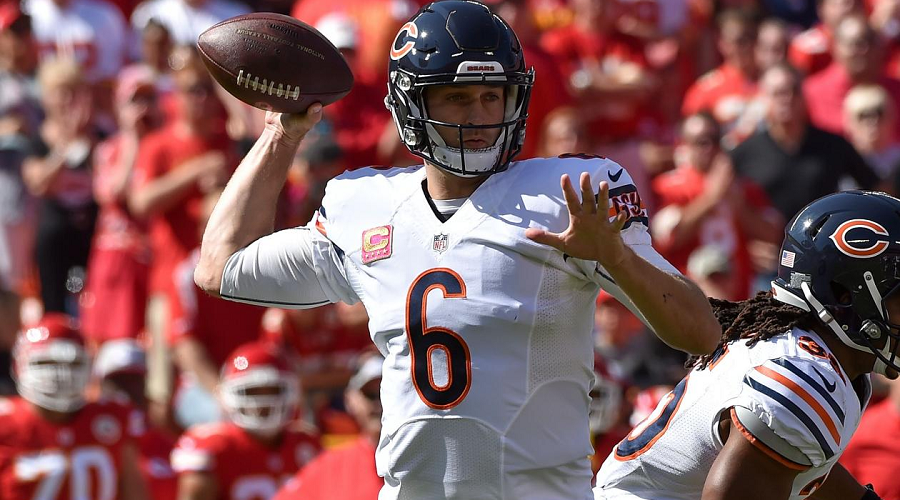 And then the next week against Kansas City? The Bears were down by 11 points with just under eight minutes to go in regulation. That’s when Cutler decided to get to work. He threw two scores, including a Romo-esque lob pass to Matt Forte after Cutler had dropped the snap. The Bears hung on to beat Kansas City by one for their second win in a row. This was a Bears team without Eddie Royal or Alshon Jeffery, but Cutler still kept throwing touchdown passes. 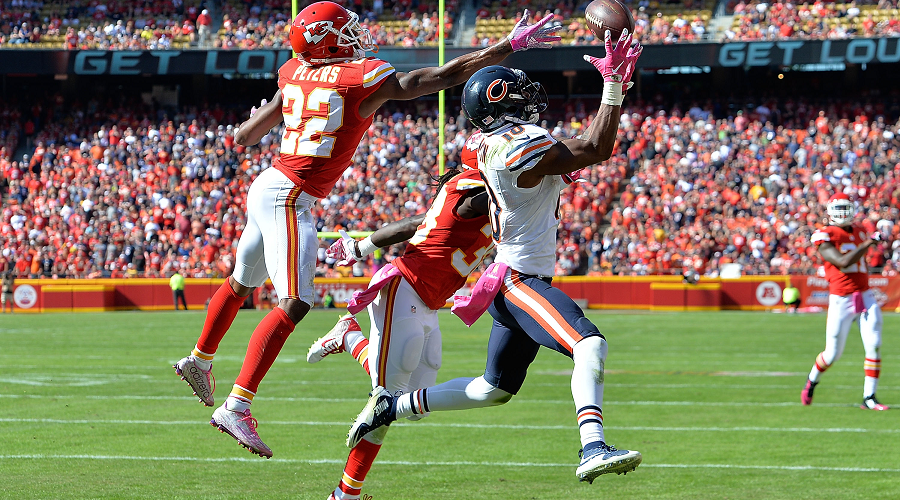 The focus was on swing and screen passes until Cutler mixed things up by finding Marquess Wilson in an end zone corner. Marquess Wilson told ESPN.com, “Great guy. Great leader. Jay is the type of guy that never gives up. He’s battling through some things, and he’s able to keep this offense balanced. He is that kind of guy that is going to make us fight.” 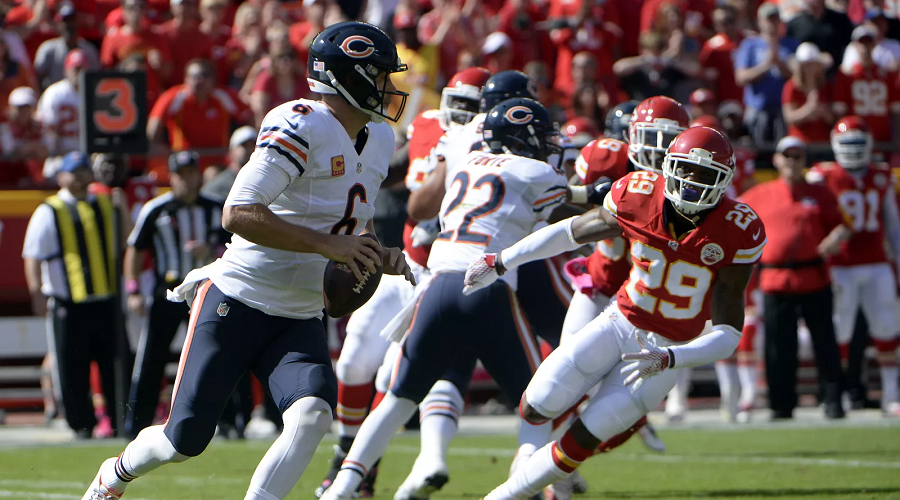 The win over the Chiefs was Cutler’s 46th career victory. This ties him with Jim McMahon for the most victories by a starting Chicago quarterback since the AFL and NFL merged in 1970. This is an immense victory for John Fox, the Bears’ new coach. The Bears aren’t a favorite to make the playoffs by any means, but road wins are hard to get in the NFL. The banged up Bears had a chance to go into their bye week at .500 but a last minute loss to Detroit kept them at 2-4. Even so, the Bears know now that they have a clutch leader in the pocket for them.
Older post
Newer post