NFL News and Rumors
From the usual inter-government military hacks to bank account frauds and hacks to steal company secrets, cyber-based corporate espionage has taken a different shape and we are now talking about sports teams hacking each other to steal sensitive information that could be used against particular opponents. Topping last week’s NFL betting headlines and making up for another top run-on topic this week is the case where the St. Louis Cardinals are accused of hacking the computer systems belonging to the Houston Astros.The New York Times was the first to blow the lid open on the scandal last Tuesday, reporting that investigators had uncovered evidence indicating that St. Louis’ front-office personnel broke into Houston’s computer databases and stole sensitive information, including “internal discussions about trades, proprietary statistics and scouting reports.”  The FBI, in conjunction with the MLB, is currently investigating the breach, which is believed to have taken place in March 2014, with more details emerging that there may have been more details emerging that there may have been prior breaches, according to reports from Houston Chronicle.Interestingly, unlike most hacks that are meant to gain some sort of advantage over an opponent, the motivation behind these hacks seems to be based on causing embarrassment to Houston’s current General Manager, Jeff Luhnow, who served as an executive for the Cardinals prior to joining the Astros in 2011.“The motivation, especially having the information published, seems to have been to embarrass him,” commented a source close to the investigators. 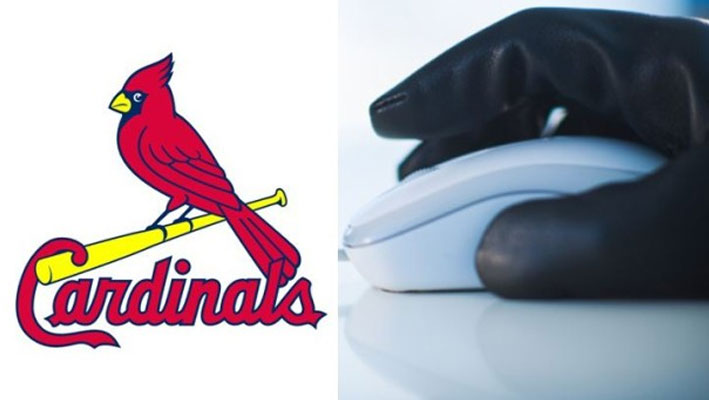 Luhnow had been a beloved executive with the Cardinals, so his exit to join the Astros was considered as a betrayal against his former team, prompting the hacks.Commenting on the emerging reports, the Cardinals released a statement saying, “The St. Louis Cardinals are aware of the investigation into the security breach of the Houston Astros’ database. The team has fully cooperated with the investigation and will continue to do so. Given that this is an ongoing federal investigation, it is not appropriate for us to comment further.”Considering the hacked “Ground Control” database contained analytical information that was more-or-less similar to Luhnow’s work and collection of advanced stats with the Cardinals, most of which helped the Cardinals win five minor league championships and the 2011 World Series, there is also an underlying debate that the Cardinals probably wanted to jeopardize Luhnow’s efforts to similarly change the Astros for the better. 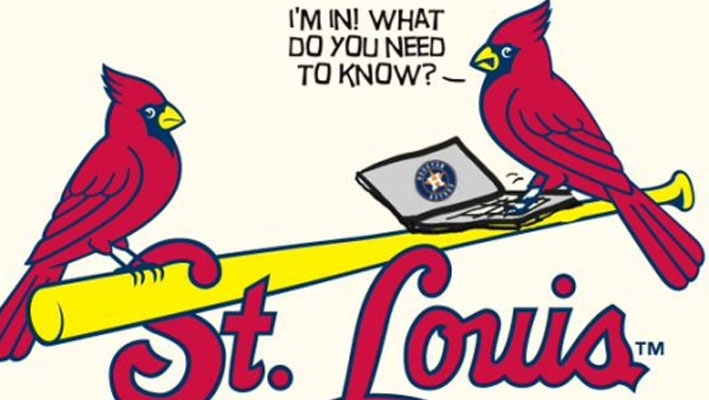 Under Luhnow, Houston has made a remarkable turnaround from the 51-111 finish in 2013 and last-place finish in the National League Central, currently leading the division with a 41-31 mark, which is one of records in the MLB so far this season. If the Cardinals were hoping the hacks would slow down Luhnow, then it’s safe to say that they’ve failed thus far, as the Astros are sailing high in league. Though to their credit, the Arizona Cardinals have also been doing pretty well in the MLB as well, currently owning an MLB-best record of 45-24.On their part, the MLB released a statement saying, “Major League Baseball has been aware of and has fully cooperated with the federal investigation into the illegal breach of the Astros’ baseball operations database.” The statement went on to say, “Once the investigative process has been completed by federal law enforcement officials, we will evaluate the next steps and will make decisions promptly.”If any new developments emerge on the hacking case, be sure that we will keep you well-updated about it all here. Sources:MLB.com: http://houston.astros.mlb.com/hou/team/exec_bios/luhnow_jeff.htmlYahooSports.com: http://sports.yahoo.com/nfl/teams/ari/
Older post
Newer post