NFL News and Rumors
The negotiations between the Seattle Seahawks and quarterback Russell Wilson have not moved quickly, and according to some of the feedback from Seattle general manager John Schneider, those talks may not move much in the future either. Schneider has indicated that the team would be willing to move on if Wilson simply wants too much money. Schneider has stated that the team needs to keep as many of its key players together as possible. So, will online betting fans see Wilson return to Seattle this season? Let’s take a look at situation so far…

Russell Wilson is slated to make $1.5 million this year… which is less than these four quarterbacks. pic.twitter.com/e3qVtMCDqk

Schneider amplified his remarks by detailing some other tough choices the team had to make, cutting ties with Nate Burleson and Cory Redding in 2010. Wilson is going into the last year of his rookie contract, and his base salary in 2015 is set to be $1.542 million. Wilson could ask as much as $25 million a season for his next contract, and it doesn’t sound like Schneider wants to pay him that much. Even if the Seahawks don’t really plan to let Wilson go elsewhere, having these remarks out in the public could definitely influence the tenor of the conversation between the team and Wilson’s agent, as expendable as the comments make Wilson sound.Jason La Canfora from CBS Sports NFL Insider reported in March that he expects to see Wilson play out the last year of his rookie contract, and matters seem to be moving in that direction. It seems like the Seahawks would really like to keep Wilson around, but not to the point where they would open up the vault and pay Wilson whatever he wants. 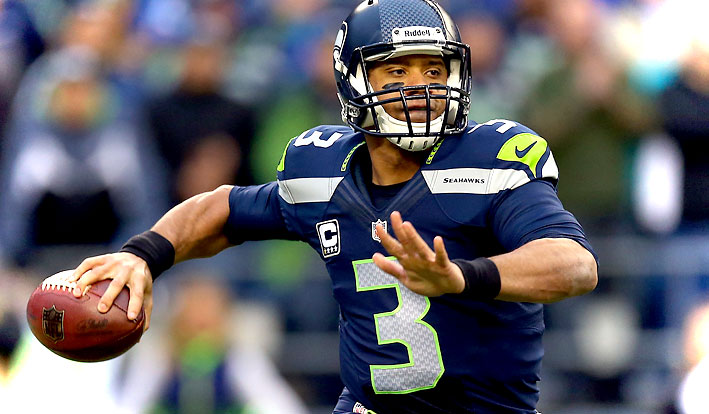 The overall tenor of Schneider’s comments indicates that he thinks that he has set a number that he is willing to pay Wilson to play. If Wilson doesn’t like that number (or a number near it), then he could well end up somewhere else. In the short term, Wilson is tied to the Seahawks in 2015, with the last deal of his rookie deal, and in 2016, when they can make him their franchise player. They could franchise him again in 2017, but that would give him an automatic 20 percent raise over 2016. If they tag him again in 2018, he would get a 44 percent raise over 2017. So the numbers would accelerate quickly.Another interesting wrinkle in the situation is Wilson’s ongoing interest in playing baseball. The Texas Rangers hold Wilson’s MLB rights, and they have brought him into spring training the past few seasons. In the 2015 spring, Wilson went through drills and even smacked a home run in batting practice. In an April interview with Bryant Gumbel, Wilson indicated that he would play two sports. This could indicate a real interest on his part, but it could also be a ploy to get the Seahawks to up their offer. Instead of just having the rest of the NFL where he could shop for a contract, he could tell the Seahawks that he also plans to shop around MLB to see how much money he can get. After all, careers in MLB tend to last a lot longer. Quarterbacks get concussions and back injuries, or even grotesque injuries like the broken leg that ended Joe Theismann’s career on Monday Night Football. Baseball players have injuries too, but they’re not the type that end up putting players in concussion studies or making it difficult for them even to walk as they get older. That could be a factor weighing on Wilson’s mind as the negotiations drag on. 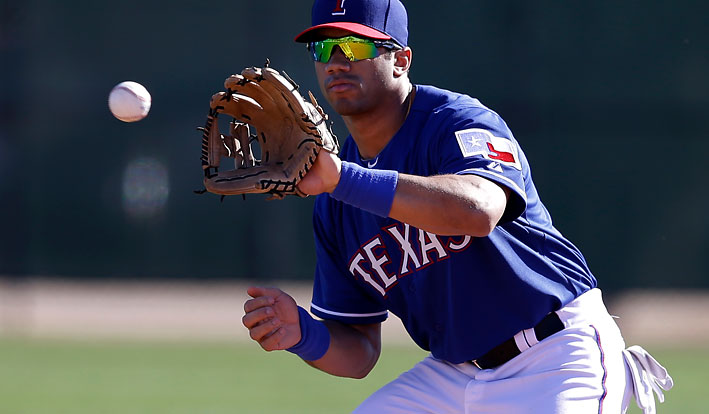 Wilson recently expressed he is prepared to play even if the sides don’t agree to a new deal before the season starts. “Yeah, I’m prepared for that 100 percent, if that’s the case,” he said, via the Seattle Times. “You know, I want to be here for a long time, but if that’s the case I’ve just got to get ready to play. I love the game, and I love being out here with these guys and just playing, and so ultimately I just take it one day at a time and just see where it takes me.”So while Wilson will be a Seahawk for certain the next season or two, beyond that, it will be interesting to see if he will be around to extend the dynasty in Seattle. SourcesNFL.com (http://www.nfl.com/player/nateburleson/2505511/profile)MLB.com (http://m.mlb.com/news/article/68617198/russell-wilson-makes-impression-on-texas-rangers)
Older post
Newer post