NFL News and Rumors
Ever since his knee buckled along with the Redskins’ postseason hopes in his only playoff game, everyone is questioning whether Robert Griffin III will finally become the professional phenom that NFL odds foresaw when he first entered the league. Based on his play in 2014, it looks like that knee has finally healed, but there’s still the question as to whether he and coach Jay Gruden can mesh well together. The conflict between them grew messy and public over the course of last season, and they need to get on the same page if Griffin is to have a great season.Griffin received a surge of support from his coach when Gruden announced that Griffin would enter the 2015 season as the starting quarterback. He had been benched during 2014, his third season, in favor of Colt McCoy. However, McCoy’s injury returned Griffin to the starting lineup. Gruden announced that Griffin’s continued growth and maturity, both inside and outside the league, were important to him. This announcement was not a complete surprise, considering how much the Redskins invested to get RG III three seasons ago.

Because the only other quarterback the Redskins currently have signed is Kirk Cousins, Griffin has to return and do well. Cousins did come on when Griffin hurt his ankle in Week 2, and he threw 10 touchdowns and 9 interceptions. However, five of those interceptions came during the fourth period of games, and nine of them were in the second half. This performance led to his benching in favor of McCoy, who led the Redskins over a victory in Dallas. 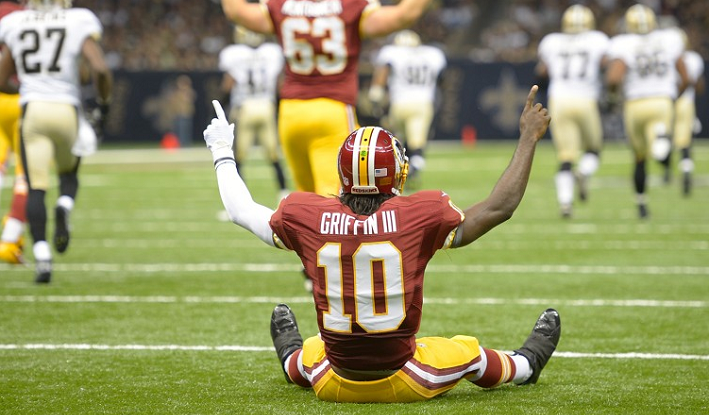 One area of intrigue concerns the rumors indicating that Redskins owner Dan Snyder ordered Griffin’s return to the lineup, over the wishes of Gruden. Even though Gruden has denied those rumors, Snyder has sided with Griffin over other coaches in the past – Mike Shanahan reported that Griffin would come to him, having talked to the owner directly instead of going through the coach.In nine games during 2014, Griffin threw 4 touchdowns and 6 interceptions, tallying 1,694 total yards. He completed 68.7 percent of his passes and earned a passer rating of 86.9. He totaled 556 yards in his last two starts but threw 3 picks against 1 touchdown. His last seven games featured 29 sacks, a testament to the lack of quality in the offensive line but also to Griffin’s habit of holding onto the football longer than he should. 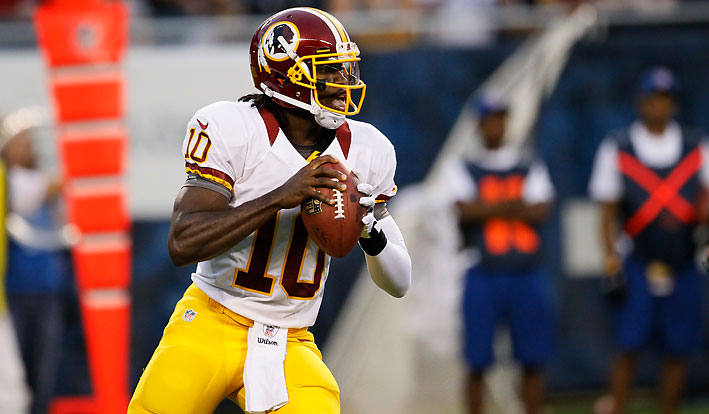 Because of these mixed results, Griffin’s first season under Gruden featured many negative stories, one of which was a harsh public assessment of Griffin’s performance by Gruden. The Redskins brought in quarterbacks coach Matt Cavanaugh for the 2015 season to help give Griffin and the other Washington quarterbacks additional guidance. In 2014, there was not a quarterbacks coach on staff, as Gruden and his offensive coordinator worked with the quarterbacks, but Gruden noted that his duties kept him from having as much time as he wanted to help Griffin improve. Griffin will also work with quarterbacks consultant Terry Shea again this year, as he has in the past. 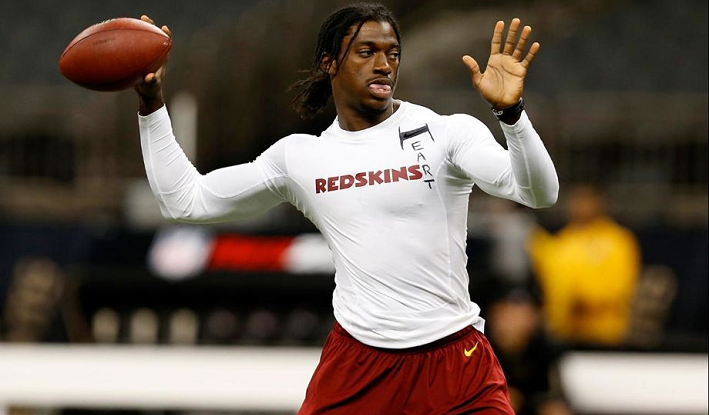 Gruden acknowledges that Griffin is a hard worker, particularly in the areas of strength and conditioning. Gruden plans to augment that with activities designed to help Griffin’s dropping back, throwing and other mechanics with the position, which is one of the reasons the club brought Cavanaugh in. With all of these interventions in place, Griffin should have a much better 2015 – provided that his offensive line gives him some time to throw. It’s a lot harder to make good passing decisions with defensive linemen in your face as soon as you get the ball.SourcesWashingtonPost.com (http://www.washingtonpost.com/blogs/football-insider/wp/2015/05/12/redskins-mailbag-kirk-cousinss-role-which-rookie-is-most-anticipated-and-more/)Wikipedia.org (http://en.wikipedia.org/wiki/Mike_Shanahan)
Older post
Newer post