NFL News and Rumors
The San Francisco 49ers enter 2015 NFL betting season with a ton of drama dragging them by the neck. They lost their head coach to the University of Michigan. They lost their featured running back to the Indianapolis Colts. The retirements and other assorted departures of Justin Smith, Patrick Willis, Chris Culliver, Perrish Cox and Chris Borland (among others) are supposed to mean big trouble in the Bay Area in 2015. With this sort of turnover some struggle is going to be a given, and the team’s new coaching staff remains a question mark. So what will it take for the 49ers to contend in the NFC this year instead of fading into the background behind Seattle and Arizona – if not St. Louis as well?The Niners need to have three things go right (at least) for them to contend in 2015. They have to keep their key players healthy. Colin Kaepernick needs to return to an elite level of production at the quarterback position. The defensive line must find a way to harass opposing quarterbacks.But can they do it? According to Darnell Dockett, the team will contend anyway – despite all of the turmoil. All in all, the team has lost a dozen players who started six or more games in the 2014 season. The team also send punter Andy Lee to Cleveland in exchange for a seventh-round draft choice in 2017.

Read up on the top 7 roster competitions you can expect to see at #49ers training camp http://t.co/O9ER3N4IFR pic.twitter.com/ew49Aicbf7

So who did San Francisco bring in? Wide receiver Torrey Smith has come in from Baltimore, and Reggie Bush has left the Detroit Lions to join Kaepernick in the Niners’ backfield. The optimistic Dockett had spent 11 years in Arizona with the Cardinals before signing with their division rival.Also optimistic is wideout Anquan Boldin, who has developed a reputation in the league for making his words count. However, he is also convinced that the team will improve from last year’s 8-8 finish. He referred to the 2014 results as a “fluke” and says that the team will return to what it is known for best in the 2015 season.One of the biggest question marks, of course, is head coach Jim Tomsula. Boldin has come out and said that Tomsula has the support of the locker room. Boldin also told Kaepernick, who has spent some time during the offseason with former NFL star Kurt Warner working on his approach and techniques, not to worry about what others are saying about him and instead remaining true to the type of play that made his first two seasons so successful. If you’ve seen Kaepernick at his best, you know that it’s as a mobile gunslinger. If Kaepernick can return to that and keep making the right decisions, the 49ers offense should improve significantly over last season, when he appeared tentative at times. 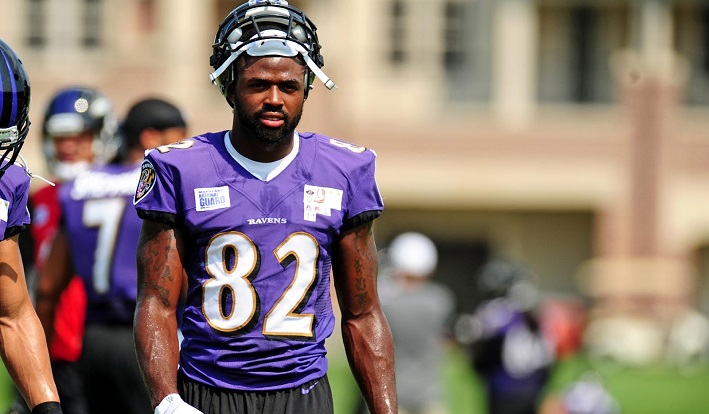 One advantage that Torrey Smith brings is that the team will have a deep threat on both sides of the offense, when he is paired opposite Boldin. Having fewer deep options meant that Kaepernick didn’t take as many shots down the field as he did in years past. That more conservative approach bled over into other elements of the offense as well. According to Boldin, the team simply needs to return to its swagger and it will see the production tick upward once again.Sources:ESPN.go.com (http://espn.go.com/nfl/player/_/id/9588/reggie-bush)NFL.com (http://www.nfl.com/player/torreysmith/2495459/profile)
Older post
Newer post