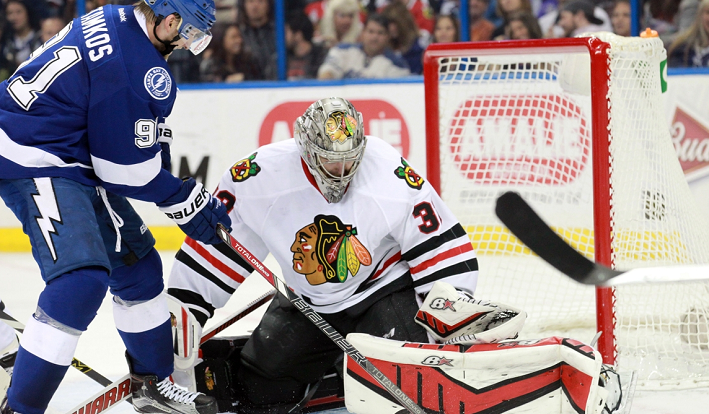 NHL Betting News
If you’re fired up for the start of the 2015 NHL Finals and you want to increase your chances of cashing in on each and every match, then you’re in luck! Thanks to this mybookie.ag bettor-friendly hockey betting breakdown, you’re going to get the inside scoop on the Chicago Blackhawks and Tampa Bay Lightning as they get set to brawl for it all in the 2015 NHL Finals. Let’s get started with a fast fact about the 2015 Stanley Cup.

In the last 10 years, favorites have compiled a blistering 41-14 record since 2005. And just so you know, the Tampa Bay Lightning are currently -116 favorites to win Game 1 on Wednesday.However, when it comes to winning the 2015NHL Finals, it is the Chicago Blackhawks that are favored to bring home the bacon at -150. Okay, now let’s move on.

How Both Teams Got Here

Chicago bounced the Nashville Predators out of the postseason in six games before sweeping the Minnesota Wild and then, going the distance against Anaheim. Tampa Bay needed seven games to dispatch both, the Detroit Red Wings and New York Rangers while taking out the Montreal Canadiens in six games in between those series.

The Blackhawks are without defenseman Michal Rozsival sine he went down with a season-ending injury in the second round.

The Blackhawks and Lightning both showed some major guts in reaching the finals by winning their respective conference finals in Game 7 showdowns – on the road. Chicago recorded a convincing 5-3 win to bounce Anaheim out of the Western Conference Finals while Tampa Bay hung a 2-0 shutout on the New York Rangers to win the Eastern Conference Finals.“I think we’re moving on for a reason, showing a lot of character, using our speed and skill,” Duncan Keith said. “I don’t think anybody’s tired anymore this time of year right now. I think we’re just excited to move on and be able to beat a great team like Anaheim and have the opportunity to try and beat another great team in Tampa Bay.” 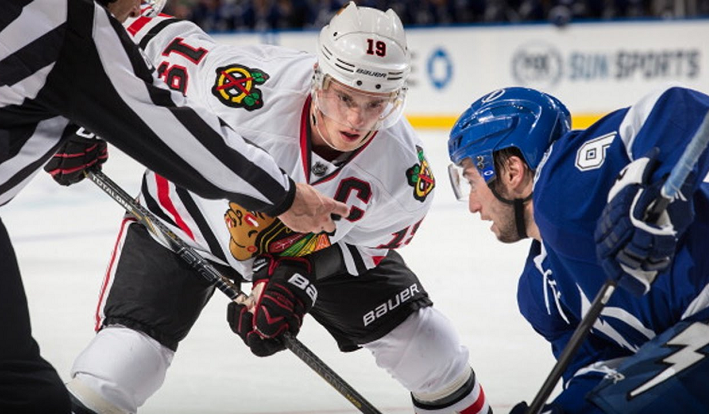 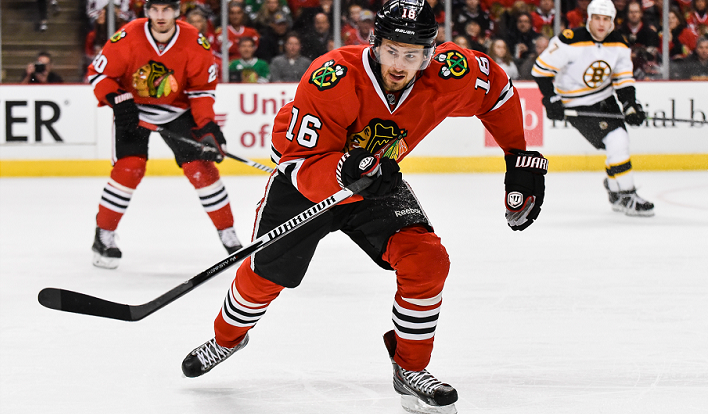 The Blackhawks have gotten a trio of outstanding performances this postseason with Patrick Kane scoring 10 goals and 20 points in 17 games, Jonathan Toews, nine goals and nine assists and Duncan Keith adding 18 points and two goals. Defense however is where the Blackhawks really excel. Chicago ranked second in goals allowed (2.3) and 10th in penalty kills (83.4 percent). Blackhawks goalie Corey Crawford has a .919 save percentage and 2.56 goals-against average in 14postseason appearances, although he has struggled at times.

Tampa Bay (50-24-3-5 SU) ranked first in scoring (3.2) during the regular season while also finishing fifth in shots against (27.9) and ninth in penalty kills (83.7). The Lightning (41-41 ATS, 43-37-2 O/U) have watched sophomore center Tyler Johnson go nuts this postseason with the young star entering the finals with a postseason-leading 12 goals and 21points.Johnson is the leader on the “Triplets” line and is flanked by a pair of speedy wingers in Nikita Kucherov (65) and Ondrej Palat (63) that both topped 60 points in the regular season. So far, no team has figured out how to stop Tampa’s top trio. Tampa Bay captain Steven Stamkos has also scored a stellar 17 points in 20 postseason games, so the Lightning have plenty of players that can score the puck. Not only that, but Tampa Bay goalie Ben Bishop leads all goaltenders in this year’s playoffs with three shutouts, including a pair in the Lightning’s road wins in Games 5 and 7 of the Eastern Conference Finals. 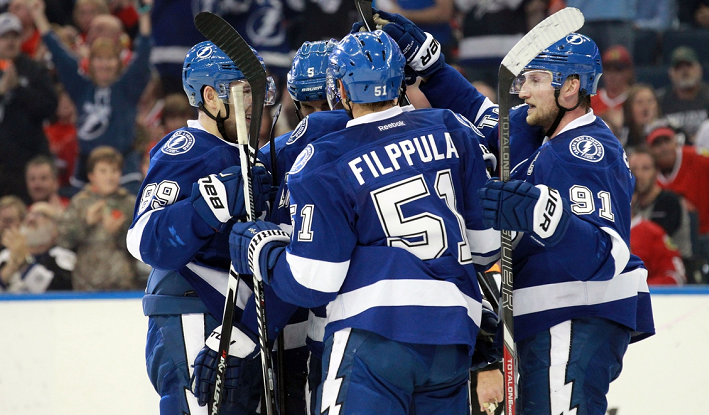 “We still haven’t accomplished anything yet,” Bishop said after the Game 7 win in New York. “We’re four wins away. It’s going to be probably the hardest four wins of all of our careers. We know there’s a lot ahead of us.”

The Tampa Bay Lightning are 9-0-0 this spring when scoring first while all three of goalie Ben Bishop’s shutouts have been 2-0 wins.Blackhawks coach Joel Quenneville knows that his team will have to be at its best defensively if they want to keep the speedy Lightning from running wild. 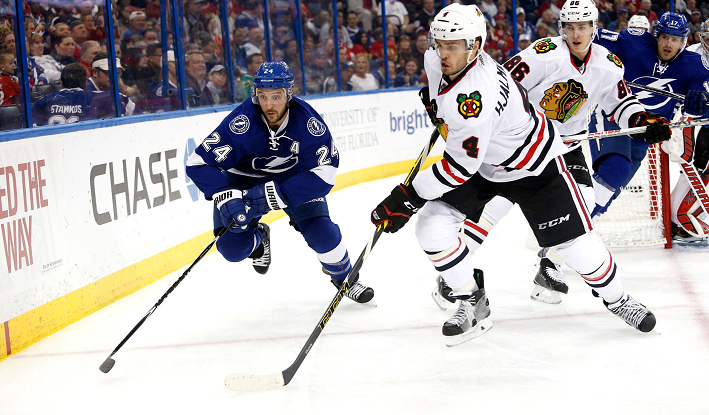 “Watching their series against the Rangers, they have a lot of options with their skill, how dangerous they can be with putting pucks in the net,” Quenneville said after the win against Anaheim on Saturday.The Blackhawks and Lightning split the regular season series with Chicago winning 3-2, in a shootout Nov. 11 and Tampa Bay getting its revenge in a commanding 4-0 shutout on Feb. 27