NHL Betting News
Minnesota has been doing it the only way it knows, the Wild way, and thanks to the excellent win over the St. Louis Blues in the Western Conference First Round NHL Playoffs, the Minnesota Wild have an opportunity to continue excelling in their wildish ways when they host the Blues at the Xcel Energy Center on Wednesday Night. Sounds like a perfect match made in the wilderness for Minnesota? Well, not necessarily, based on the analysis done in the NHL lines preview detailed below.

Venue: Xcel Energy Center, St. Paul, MinnesotaDate: Wednesday, April 22, 2015Time: 9:30 PM ETTV: NBCSNSeries Standing: The Wild lead the Series 2-1Opening Line: Minnesota -131Before we go any further, let’s make it clear that nobody is saying that Minnesota won’t be winning this game, at least not now. All we are saying is that, even though the Wild have been favored to win at home, and they are coming into this game with an impressive 2-1 lead in the series (including the significant 3-0 win they posted over St. Louis on Monday), the Blues have more than enough talent to challenge the Wild and even go ahead to upset them in Wednesday’s NHL lines and odds.With that out of the way, let’s delve straight into the analysis. Now, for starters, it is safe to say that, so far in the Stanley Cup Playoffs, the 2nd-seeded Blues (52-26-7) haven’t looked like a team that was strongly in the running for the best record in the Western Conference during the regular season. In their latest outing, the 3-0 loss to Minnesota, the Blues barely had any worthy offensive plays, as they only had 17 shots on goal. So bad was the night for St. Louis that even Vladimir Tarasenko (the Blues’ hat trick hero in Game 2) was held without a shot on goal, with the enterprising Jori Lehtera (who shined in game 2) also failing to aim between the pipes in more than 40 minutes. 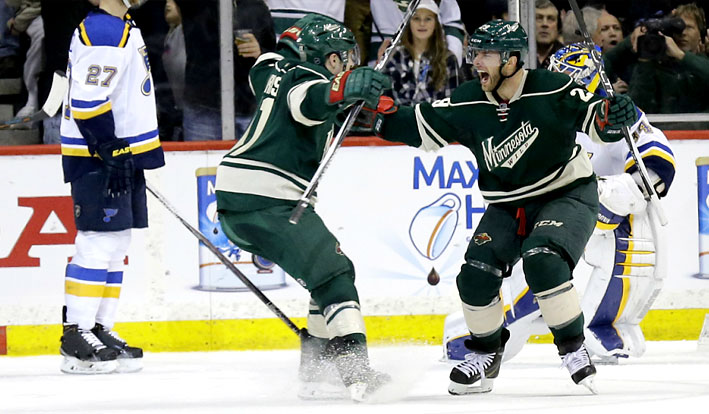 Meanwhile, in spite of St Louis’ Jake Allen making 21 saves from 23 shots aimed at him, the Blues defensemen did him in with a number of mistakes—something which Barret Jackman duly owned up to by saying “We let him down, some backdoor plays.” The Blues defenseman further admitted that, “He (Allen) made some big stops for us but when you put a big goose egg up on the board, it’s hard to win.Fortunately for the Blues, Tarasenko was held without a shot on goal in Game 1 as well, before exploding with 3 goals in Game 2. Tarasenko (who has 9 points in his past 7 games against Minnesota overall) can thus be expected to come up with another good offensive showing this Wednesday, alongside the trio of Patrick Berglund, Jaden Schwartz and Alexander Steen, who’ve all scored a goal each in the playoffs so far. After all, Minnesota’s rookie goalie, Devan Dubnyk, has lost 3 of his last 4 games at home, meaning his home vulnerability can be exploited.And with Allen likely to start between the pipes instead of Brian Elliot, there is a great likelihood that the Allen, who has allowed only 5 goals and has an excellent .933 save percentage in his three starts thus far in the playoffs, will have another good showing in behind Jackman and his fellow defensemen, who avowed to play better on Wednesday.Still, the NHL playoffs have so far been quite kind to the 7th-seeded Wild (48-29-8) and there’s no reason for that trend not to continue, especially now that they’ll be playing at home where they are 3-1 SU in their last four meetings with the Blues. On Monday, the Wild’s industriousness paid off when they overcame a scoreless first 20 minutes to go into the third period with a 2-0 lead, courtesy of 2 goals and 2 assists from Jason Pominville and Zach Parise (who both scored a goal each and assisted each other). Then come the third period, Nino Niederreiter capped the scores with an empty-netter. And as an icing to their great performance, Devan Dubnyk made 17 saves to record his first career-shutout in the postseason. 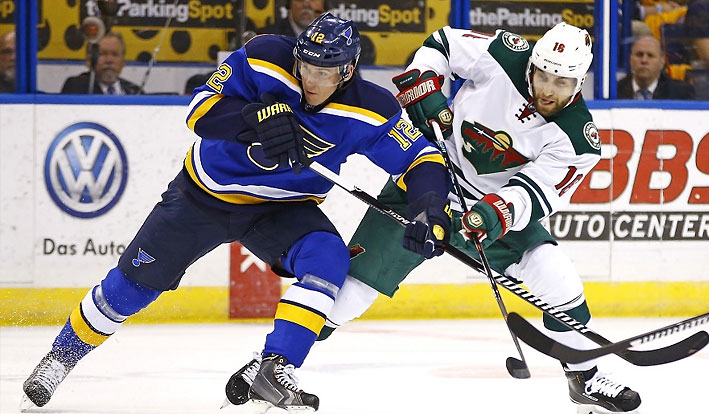 Though the Wild are the in-form team, making it ill-advised to bet against them, I am not yet convinced by their shaky offense that has been blowing hot and cold throughout the season. So, even with the Blues looking uncoordinated right now, I am willing to take my betting chances with them, going by the fact that they have a good record of playing very strongly after recording defeats in their previous outings. All that considered, here are my picks: St. Louis on the Money Line, with an UNDER in the game total.
Older post
Newer post