NHL Betting News
The Stanley Cup playoffs are some of the most intense in all of professional sports and in NHL betting. Home ice doesn’t really mean what home court and home field do in the other leagues, as the low scoring in hockey means that just a play or two can change the whole tenor of a game. Over the years, some of the final rounds have produced tension and drama. Here’s a look at some of the very best Finals matchups.

With a young Martin Brodeur in goal, the Devils were fresh off a disappointing 1994 postseason, having fallen to the New York Rangers in the Eastern Conference Finals. However, the Devils made it all the way back to the final round, this time facing a heavily favored Detroit Red Wings squad. The Devils shocked the hockey world by sweeping the Red Wings out of the finals in a mere four games.

The Philadelphia Flyers of the 1970s had taken on the nickname the “Broad Street Bullies” because of the physicality they brought to the ice. The fighting minutes that this team logged – including its pugnacious goalie, Ron Hextall – would have overshadowed the team’s talent if they didn’t keep winning games. The Flyers’ style wore down their oppoentns through it after hit. The Flyers became the NHL’s first expansion team to bring home a Stanley Cup thanks to the play of such stalwarts as Bill Barber and Bobby Clarke.

In 1995, when the Devils won the Cup, they were playing in a shortened season, which made people question the legitimacy of the title. However, the 2000 title came after a strong regular season in which the Devils finished second in the Eastern Conference thanks to the stellar numbers of goaltender Martin Brodeur, with a 43-20-8 record and a 2.24 goals against average. The Eastern Conference finals featured the Devils and the Flyers, and the Flyers were up 3 games to 1, but in Game 5, Scott Stevens leveled Flyers captain Eric Lindros with a thunderous check, and the whole series turned around. The Devils won three games in a row and then went to the finals, beating defending champion Dallas in six games. 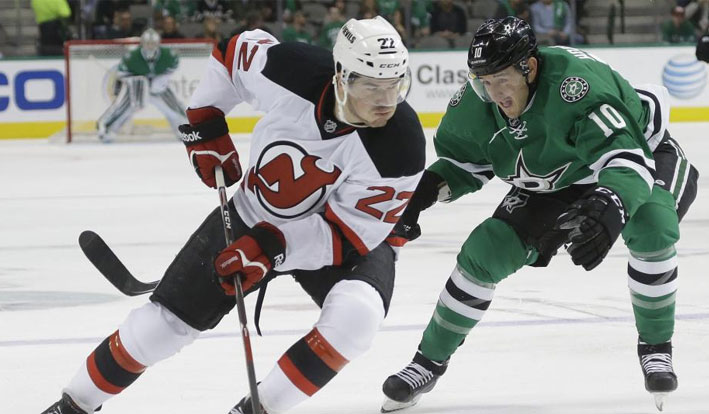 This team featured such future Hall of Fame players as Joe Nieuwendyk, Doug Gilmour and Lanny McDonald, and they won the President’s Trophy for the most points earned in the regular season. Along with Nieuwendyk, Joey Mullen also had more than 50 goals. The first round featured some difficulty against the Vancouver Canucks, but then the Flames roared through the rest of the playoffs, becoming the only team to hoist the Cup at the Montreal Forum as the visitors.

Before 1994, the Rangers had not won a Stanley Cup since 1940, and when the Blueshirts played on the road, that chant (“1940”) taunted them. In the 1993-94 season, the Rangers won the Presidents’ Trophy by virtue of their 112 points during the season. The first two rounds, against the Islanders and the Washington Capitals, went easily, but the Eastern Conference Finals against New Jersey and the Stanley Cup Finals both went to 7 games. In the Eastern Conference Finals, the Devils had a 3-2 advantage going into Game 6 – in New Jersey. Captain Mark Messier guaranteed the Rangers would win and scored a hat trick to back up his guarantee. This has gone on to become one of the central moments in New York Rangers history – Messier skating around holding the Cup. Of course, since 1994, the Rangers have not hoisted the Cup again.Sources:YahooSports.com: http://sports.yahoo.com/nhl/players/686/NHL.com: http://capitals.nhl.com/club/schedule.htm
Older post
Newer post