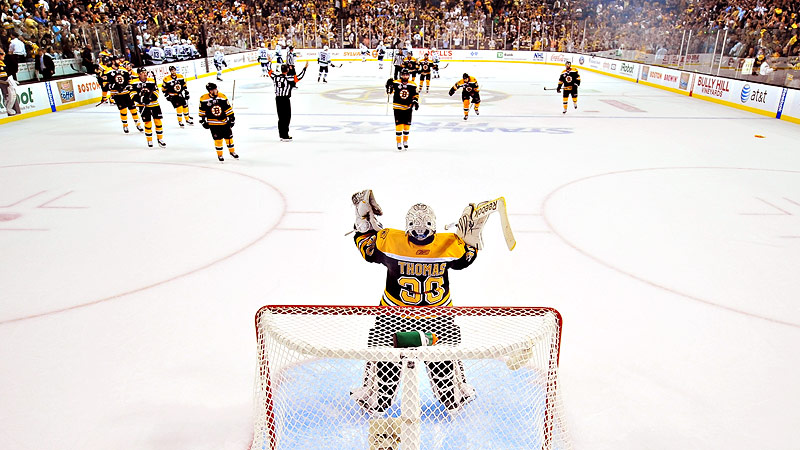 NHL Betting News
In a move that is bound to spark heated debates and elicit a lot of mixed reactions among NHL betting fans, the National Hockey League has announced a host of rule changes for the 2014-15 season.  Rule changes include modifications in the way the league has handled the game overtimes, shootouts, penalties, video review, faceoffs and the trapezoid behind the net.There’s still some arguments against some of these changes, but the NHL appears to be convinced about the new rules. Despite what fans and league members think, we have to wait until the new season kicks off to see how they would affect the game play.These changes follow the recent approval of the rules by the National Hockey League Players’ Association and the League’s Board of Governors. So let’s review the rules changes for the 2014-15 season:More Trapezoid — Rule 1.8In accordance with Rule 1.8 that delineates the size of the Rink, Goalkeeper’s Restricted Area, the new changes state that the Trapezoid will be enlarged by two feet from the goal post equidistantly on both sides of the net.Adjustments in Ice Markings/Hash Marks — Rule 1.9Going by the international rules, hash marks at the end-zone circles will be widened from three to five feet, standing seven inches apart.Harsher Penalties for Game Misconduct — Rule 23If you are one of those players who rarely go one game without fouls, you should be very wary of this section. In the news rules, fouls such as butt-ending, head-butting, clipping, elbowing, charging, kneeing, and interference have been moved from the general category into the category of “Physical Fouls” like checking from behind and boarding. Worse yet, a player who commits any two game misconducts in this category will be inevitably suspended for one game.No more Spin-O-Rama — Rule 24As described in section 24.2 of the 2013-14 NHL Rule Book, the 360-degree “Spin-O-Rama” move will no longer be allowed during the Shootout or the Penalty Shot.Video Goal Review Updates — Rule 38Rule 38.4 (viii) has been updated such that video reviewers (Hockey Operations) will have more discretion to help referees determine the legitimacy of disputed goals. In close relation to this rule, sufficient evidence of a “distinct kicking motion” will be required for the reviewers to uphold a “no-goal” or reverse a “goal” call made on the ice.Penalty for Tripping Offense by Defending Players — Rule 57A two minute penalty may be awarded if defending players trip their opponents using their arm, body or shoulder. The penalty will be called irrespective of whether the defending player made an initial contact with the puck. The only instance the penalty will not uphold is if the defending player touched the puck first.Serious Penalties for Diving/ Embellishment — Rule 64Rule 64.3 has been amended such that players (and teams) that repeatedly embellish or dive in the bid to draw penalties will be scathingly fined and penalized. A graduated scale of fines will be used on repeat offenders and their head coaches.Stricter Rules for Face-offs – Rule 76As a way of cutting down on delay tactics, a warning will be given to a defending player lined up for a face-off violation, following an icing. The player will also have to remain in the circle to take the face-off. If the defending team is guilty of a second face-off violation, a two minute minor bench penalty will be given to them.Updates on Overtime — Rule 84Prior to the start of overtime during the regular season, teams will switch ends and the entire surface will undergo a “dry scape”.Changes in Faceoff Location — Rule 85Faceoffs will remain in the attacking zone to avoid penalizing teams for legitimate plays aimed at creating scoring opportunities. Examples of such plays include a shot deflected out of play by a teammate or a shot going off the net and out of play. Remarkably, these rules will be enacted for the 2014 preseason and, if approved by the League and NHLPA, may be continued in the regular 2014-15 season.
Older post
Newer post