NHL Betting News
It will be the final home game of the 2014-15 NHL season for Boston on Saturday night if the Bruins don’t make the playoffs, and losing to a terrible Maple Leafs team won’t help the B’s reach the postseason. Boston opened as a -278 favorite on NHL betting lines with a total of 5.5 goals.

Entering Friday, Boston’s 93 points are good for the second wild-card spot in the Eastern Conference, two behind Pittsburgh for the top spot and three ahead of No. 9 Ottawa. The Senators do have a game in hand, however (face Washington on Saturday). The Bruins are playing some of their best hockey right now, having won four straight. They were underdogs Thursday in Detroit but prevailed 3-2, scoring three third-period goals. Zach Trotman’s first career goal at 17:52 of the third was the winner. Carl Soderberg and Loui Eriksson also had goals for the Bruins, who got 35 saves from Tuukka Rask — Rask was the No. 1 star of the game. The Bruins again played without one of their most important players in defenseman Dougie Hamilton. He has missed six straight with an upper-body injury and won’t play before next week. He has 10 goals and 32 assists and is key on the power play. Center Patrice Bergeron took a stick to the mouth against the Red Wings and had to get 30 stitches but finished the game. Hockey players are just amazing. It’s not expected Bergeron will miss any time. Winger Brett Connolly made his Boston debut on Thursday. He was acquired from Tampa Bay at the trade deadline but broke his finger in a practice and never made it into a game. He had two assists against the Wings. 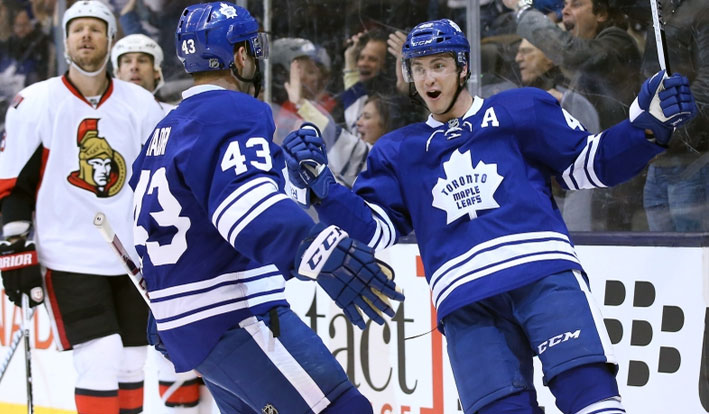 Toronto has 64 points, the fourth-fewest in the NHL. The Leafs probably aren’t going to “catch” Edmonton (59 points) for the third-fewest points. So the key is holding off Carolina (67 points) to get a bit better chance of winning the draft lottery. Thus Toronto should lose out because winning could hurt the team in the long run. And lose is what Toronto did in Buffalo on Wednesday, 4-3 to the worst team in the league. I actually took the Sabres in that one here at the site. Matt Ellis and Matt Moulson scored 1:41 apart in the third period to rally Buffalo from a 3-2 deficit. The Sabres are now a crazy 15-1-1 in their past 17 at home vs. Toronto. James van Riemsdyk, Eric Brewer and Nazem Kadri scored for the Leafs, who have lost six straight on the road.Toronto leads the season series with its Original Six rival 2-1. The Bruins won the first meeting way back on Oct. 25 in Toronto, 4-1. Carl Soderberg, David Krejci, Gregory Campbell and Hamilton scored for Boston, with Hamilton also adding two assists. Rask made 32 saves against a franchise he has dominated in the regular season in his career. On Nov. 12 in Toronto, the Bruins played one of their worst games of the season in a 6-1 loss. Phil Kessel scored twice against his former team, and the Maple Leafs had four goals during a nine-minute stretch to chase Rask. Jonathan Bernier was solid in making 25 saves for Toronto. On New Year’s Eve in Boston, the Leafs won 4-3 in a shootout. Kessel had a goal and an assist and Bernier made 25 saves. Rask was the loser again, making 18 saves. Even with those two defeats, Rask is 10-3-1 in his career against Toronto with a 1.92 goals-against average and .933 save percentage. 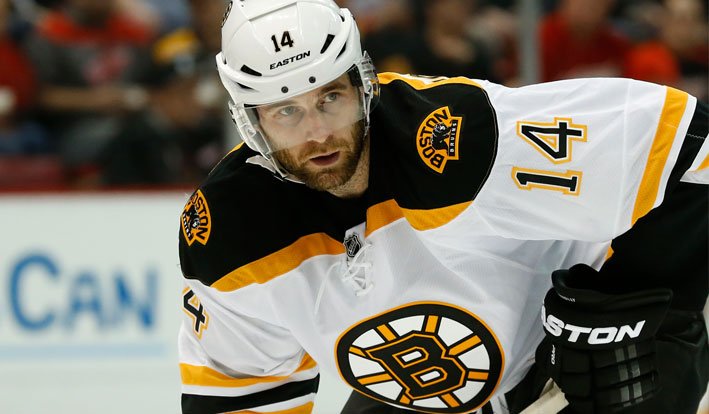 What Are My Betting Picks For This Match?

This shouldn’t be close. Take the Bruins, probably the best value on the goal line at -105. Toronto is 7-19 in its past 26 vs. teams with a winning record.
Older post
Newer post