NHL Betting News
Two teams had a chance to sweep their Stanley Cup first-round playoff series on Wednesday night. The Anaheim Ducks, the top seed in the Western Conference, did finish off the Winnipeg Jets. The Montreal Canadiens, the No. 2 seed in the East, weren’t able to oust rival Ottawa in four so the series heads back to Montreal for Friday’s Game 5 and you know the Habs don’t want to go back to Ottawa. The Habs are -161 favorites on NHL odds for Friday’s game with a total of 5 goals.

Time: Friday, 7 p.m. ETVenue: Bell Centre, MontrealNational TV: CNBCOpening line: Canadiens -161, Senators +145, (5 goals)There was never really doubt who Ottawa was going to start at goalie in Game 4. Rookie Andrew Hammond allowed seven combined goals in losses in Games 1 and 2 in Montreal. He was replaced by veteran Craig Anderson in Game 3 and Anderson played well enough to win, but the Canadiens prevailed 2-1 in overtime. Anderson was brilliant in Wednesday’s 1-0 win. He made 28 saves, the best likely against Canadiens center Tomas Plekanec on his booming shot from the slot late in the third period, to earn No. 1 star status. Mike Hoffman beat Montreal goalie and likely Vezina Trophy winner Carey Price at the 9:05 mark of the third period, Hoffman’s first goal of the series. He led the team with 27 goals this season. Price made 31 saves on the night. 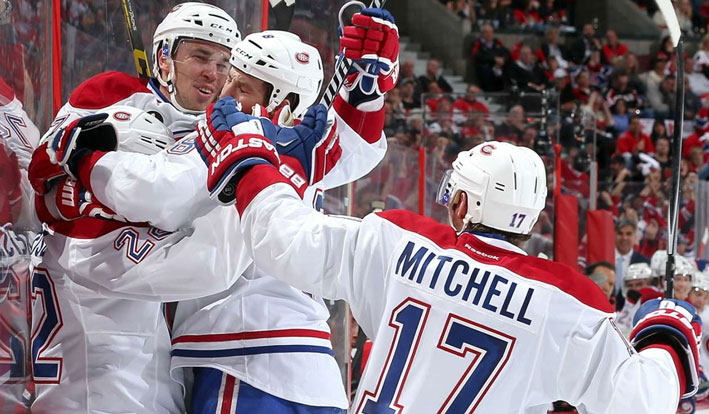 “We’re comfortable playing in these types of games, but we didn’t generate the chances we wanted to. They played desperate hockey. They really stifled us this time,” said Price. “Anderson played well. You can’t be too hard on yourself in a game like that. We got the bounce last game, they got the bounce this game; that’s playoff hockey.”The Senators made a couple of lineup changes for Game 3. The only new player was center Zach Smith in for David Legwand. Smith only played 6:11. The big one was that Coach Dave Cameron took Hoffman off the fourth line to skate with Mika Zibanejad and Bobby Ryan on the top line, while Milan Michalek skated with Smith and Chris Neil.Montreal played Game 4 without defenseman Nathan Beaulieu as he was injured on a Game 3 hit by Ottawa star defenseman Erik Karlsson. Beaulieu will not play the rest of this series. He has one assist in three playoff games and had one goal and eight assists in 64 regular-season games. Greg Pateryn, who had played just 20 career NHL games, replaced him in Game 4. He played 7:48 and had five hits, including big back-to-back hits on Erik Condra and Jean-Gabriel Pageau. 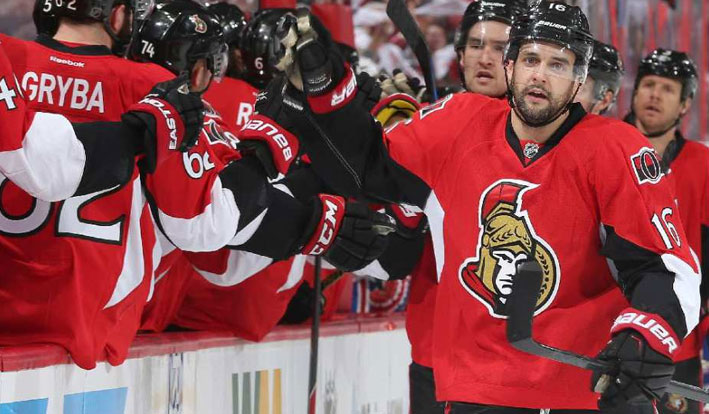 The Canadiens still have all the numbers behind them. The team has never lost a series it led 3-0 and is 28-0 all-time when holding a 3-1 series lead. This will be just the 12th Friday night home playoff game in franchise history and Montreal is 9-2 in the previous 11. This could easily be a 3-1 Ottawa lead as the Senators have scored the first goal in all four games.

Certainly go under the total as it should be another low-scoring affair, but Montreal finishes things off.
Older post
Newer post