NHL Betting News
The Winnipeg Jets begin life without arguably their best player on Saturday afternoon against visiting Vancouver in a game with huge playoff implications for both clubs. The Jets opened as -113 favorites on online betting with a total of 5 goals.

Vancouver is second in the Pacific Division (which it can’t win) with 95 points but hasn’t even clinched a playoff spot yet, although that could potentially change with a win here. The Canucks entered Friday’s action with a four-point lead over third-place Calgary in the division with both having four games left so Vancouver is in pretty good shape to finish second and thus have home-ice advantage in the first round against the third-place team, either Calgary or Los Angeles. The Canucks come off a 3-1 loss in Chicago on Thursday, the sixth straight game that Eddie Lack has started in net. No reason he wouldn’t again here. Lack played pretty well against the Hawks with 35 saves. Derek Dorsett scored the lone goal for Vancouver. Former No. 1 goalie Ryan Miller hasn’t played since Feb. 22 with a knee injury but rejoined the team Friday. It’s still fairly doubtful he plays before the end of the regular season. 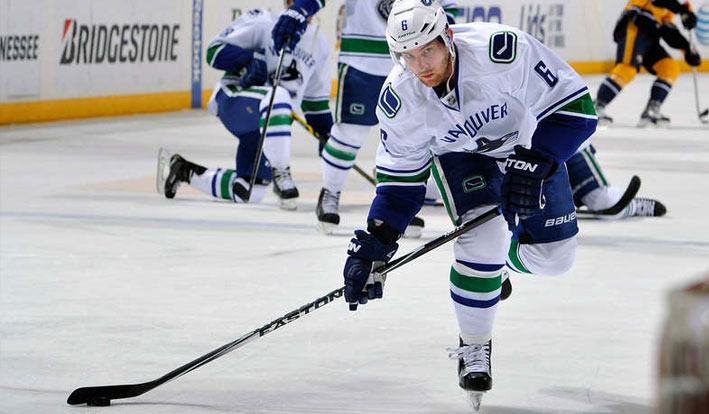 Winnipeg has 90 points, which is tied with Los Angeles for the final wild-card spot but right now the Kings hold the tiebreaker. The Jets haven’t made the playoffs since the 2006-07 season, which was back when the franchise was still in Atlanta and which was the only time the Thrashers played in the postseason. The chances of getting back there took a big hit Thursday when defenseman and occasional forward Dustin Byfuglien was suspended four games for a brutal cross-check on the Rangers’ J.T. Miller in Tuesday’s 3-2 loss. Rangers coach Alain Vigneault said after the game that it was one of the “most vicious cross-checks” he has seen this year and that Byfuglien could have broken Miller’s neck. At 6-foot-5, 265 pounds, Byfuglien is one of the most physical players in the NHL. Frankly, he was lucky it wasn’t more games. Byfuglien has 18 goals and 45 points in 68 games this season and tops the Jets in penalty minutes with 122. His booming shot has led to 17 power-play points, second on the team. So it’s a huge loss, although the Jets were 6-3 without Byfuglien for about a three-week stretch in March when he was out injured.The Jets looked like a playoff lock after a five-game winning streak from March 14-23 but they have dropped two straight and three of four since then. In Tuesday’s 3-2 home loss to the Rangers, the Jets twice blew one-goal leads and lost when New York’s Chris Kreider beat Ondrej Pavelec with 3:46 left in the third. On the bright side, the Jets got back top center Bryan Little, who missed 11 games because of an upper-body injury. He logged 19:41 of ice time and had three shots. Little has 24 goals and 27 assists.Vancouver leads the season series 2-0. On Feb. 3 in Vancouver, the Canucks won 3-2 in overtime as Luca Sbisa beat Pavelec just 36 seconds in on a 2-on-1 break with Radim Vrbata. Lack stopped 26 shots for the Canucks and Pavelec had 30 saves. On March 24 in Vancouver, the Canucks won 5-2 behind two goals and an assist from Vrbata. Winnipeg led 2-0 midway through the second period. Lack made 26 saves and Jets backup Michael Hutchinson had 25 saves. Little and Byfuglien both missed that game due to injury. 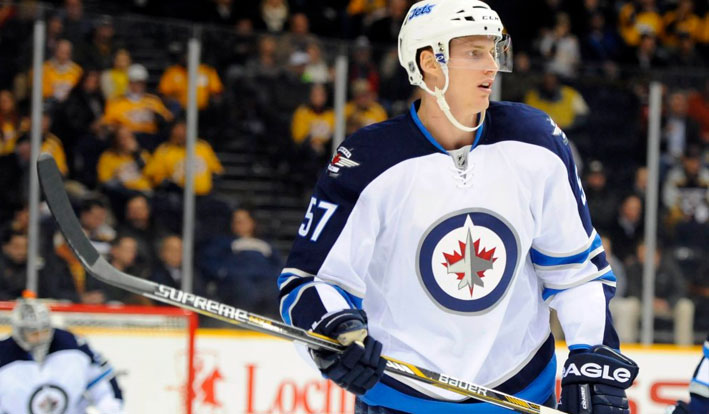 What Are My Betting Picks For This Match?

The Jets’ desperation will allow them to overcome the loss of Byfuglien, at least in this game. The home team is 5-1 in the past six meetings. The Jets are 6-0 in their past six after scoring two goals or fewer in their previous game.
Older post
Newer post