NHL Betting News
With the race to the Stanley Cup heating up in the lively NHL playoffs, the Tampa Bay Lightning ensured that they remained amongst the strongest contenders in the NHL Championship odds by revenging their 3-2 to the Detroit Red Wings last Thursday with an emphatic 5-1 win on Saturday. As things stand currently, both teams are tied at 1-1, meaning their Game 3 clash of the Eastern Conference First Round this Tuesday is an all-important matchup, which could go a long way in determining the winner eventual winner of their best-of-7 series. Is it going to be Tampa Bay claiming another road win at the Joe Louis Arena, or will the Red Wings get a revenge of their own? Check out the NHL betting preview below to find out:

Venue: Joe Louis Arena, Detroit, MichiganDate: Tuesday, April 21, 2015Time: 7:00 PM ETTV: NBCSNOpening Line: Tampa Bay -125Entering this game, the resounding message from Detroit coach Mike Babcock is that the team needs to maximize its vast potential. “We have a lot more to give. We’re two games in and we’re 1-1, we have a lot more to give,” he said. For the players, the aim is not just to heed the coach’s advice, but also to have a strong offensive game in the form of many well-targeted shots. As was duly noted by NHL.com Correspondent Paul Harris, one of the biggest undoings for the Red Wings so far in the playoffs is the fact that they have been outshot 76-38 by the Lightning (30-24 on Saturday and 46-14 on Thursday). It is only by doing so, that the Red Wings can have better prospects of beating Tampa Bay’s mean goalie Ben Bishop. 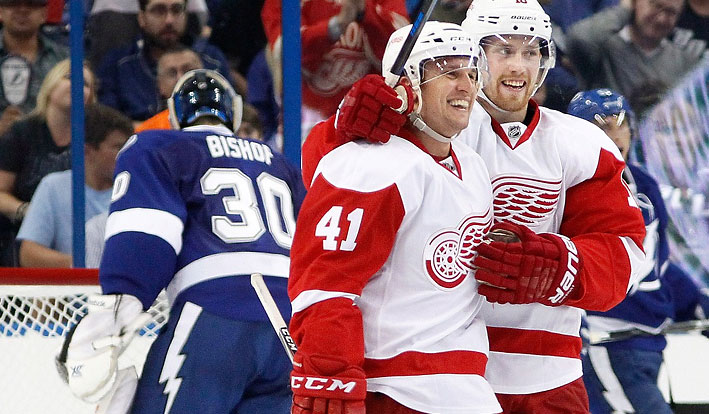 Luckily for the Red Wings, left wing Justin Abdelkader (who set a new career-high with 23 goals in the regular season) is expected to be back in Detroit’s line-up for Game 3, which should be a big boost to their offense, which includes other capable goal-scorers like Gustav Nyquist, Tomas Tatar, Darren Helm and Pavel Datsyuk.Of course, Detroit’s defense will also need to clean up their act after allowing 6 goals in the two games played so far in the series, including the 5 goals allowed on Saturday from 30 shots.For the lightning, the team simply have to follow the script from Saturday, which helped them play efficiently, both offensively and defensively. In the offense, Tyler Johnson, Valtteri Filppula, Alex Killorn and Andrej Sustr all got on the scoresheet on Saturday, while Bishop had a 23-stop performance to help the Lightning to get the win and end the team’s six-game slide in the playoffs. 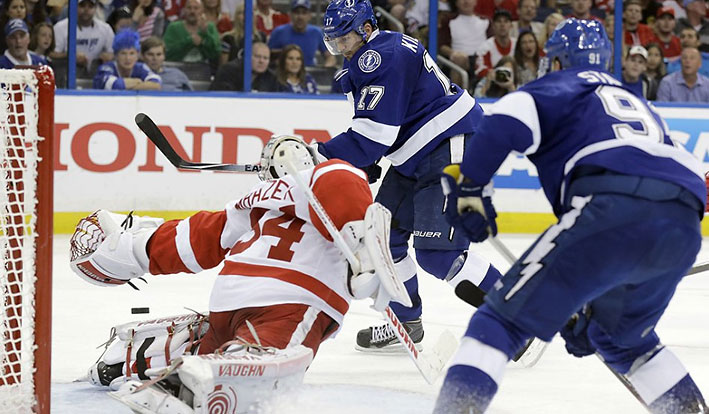 Even more notably, after going 0-for-7 in power play during Game 1, Tampa Bay was 2-for-4 on their power play chances. Taking advantage of such opportunities will be crucial for Lightning in Tuesday Night’s game in Motown.

Although the Lightning have the potential to win this game, their poor road record (18-16-7 for the regular season and 2-4 in the last six road games) is likely to work against them, considering the Red Wings (22-10-9 at home in regular season and 14-7-6 at home vs. Eastern Conference opponents) are known to be strong at home. For that reason, I’ll go with a narrow win by Detroit, most probably with an UNDER in the game’s total.
Older post
Newer post