NHL Betting News
Good teams always seem to find a way to win, and that is what the Anaheim Ducks and the Calgary Flames did all season long. They have both beat the NHL betting odds and carried that over into the playoffs, but the Flames are going to have to dig deep to find a way to get back into this series. The Ducks won both of the games on their home ice, and head to the Saddledome in Calgary on Tuesday night with the opportunity to go 3 games up and essentially kill the series.
Date/Time: Tuesday, May 5th, 9:30 PM
Location: Scotiabank Saddledome, Calgary, AlbertaMoneyline: Ducks -140TV: USA, TVA, SN

The Flames have grown accustomed to hearing that they are done all year. No-one believed that this young team would be able to maintain their fast start to the season, but they did. When Mark Giordano went down for the remainder of the regular season at the end of February, the doomsayers said that the Flames would sputter and miss the playoffs, which they did not. Calgary showed an uncanny ability to come back and win games late all year, and there was no better example of that than in Game 6 of the first round series against the Vancouver Canucks. Down 3-0 early on, the Flames chipped away and managed to eventually run out 7-4 winners, clinching the series in the process. The goals have dried up in the second round, though, as they only managed 1 in the 2 games played in Anaheim. They will hoping a return to Calgary will mean a return to form. 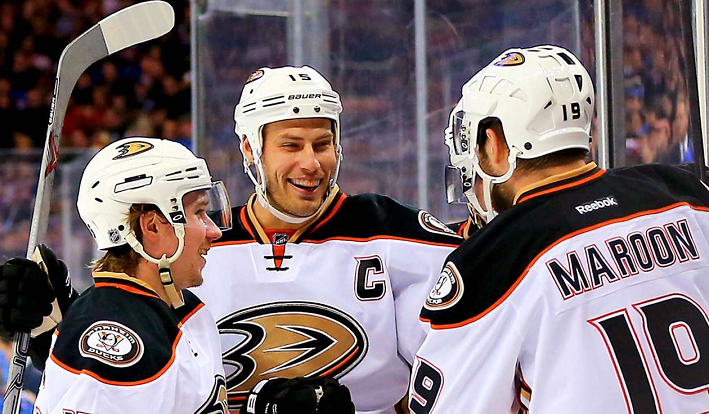 The Anaheim Ducks have looked might impressive to this stage of the playoffs, and have yet to lose a game. While it would seem that a 4-0 series sweep against the Winnipeg Jets in the opening round was a sign of dominance, the reality is that the Ducks really had to work to get the wins. They had to come from behind to win 3 of the 4 games with dominant third period performances, but they have looked a lot more in control versus the Flames. The Ducks have effectively shut down the Hudler/Monahan/Gaudreau line, with young Sam Bennett the only Flames player to get the puck past Frederik Andersen. You can bet that no-one on the Ducks team or coaching staff will be counting out Calgary just yet, and they will be looking to steal one on the road. A win on Tuesday night would likely mean that a sweep was imminent.

Anaheim Ducks
Calgary Flames
This series certainly isn’t over, but there is no more room for error for the Flames. They have played well on home ice during the playoffs, and I think they can get the win in Game 3. Whether they get another victory beyond that remains to be seen.
Older post
Newer post