NHL Betting News
If NHL betting fans and sports fans all around have ever watched a baseball game when the benches clear and the team members (and pitchers down in the bullpen) scurry toward one another, maybe with the intent of pushing one another (and occasionally throwing a punch or two) but generally just wanting to yell and skirmish and bump one another without leaving any potential damage, then they know that baseball fights aren’t what they used to be in terms of violence. 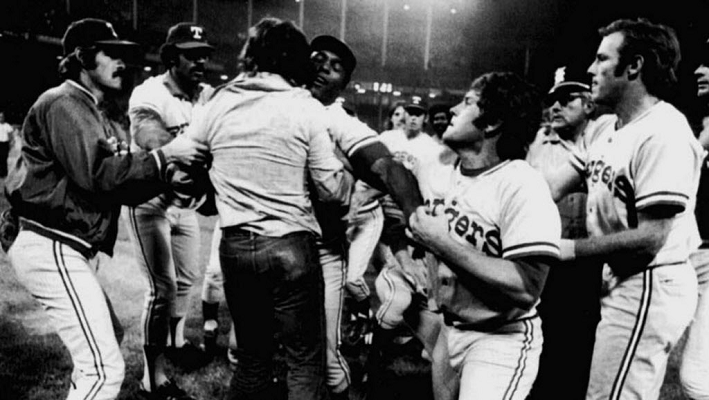 It’s been four decades since Billy Martin, then the manager of the Texas Rangers, led his team onto the field wielding bats when things turned ugly in Cleveland on the night of a cheap beer promotion and fans began attacking his players. Most baseball fights are primarily made up of yelling and threatening rather than actual fisticuffs.

The National Hockey League, in contrast, gets a lot of negative publicity for the fighting that takes place, and there is an image of bench-clearing brawls that has haunted the league for decades, even though there have been fewer than 200 of those all-in type of fights since 1917. A great number of those took place either before or after games, when players were already off the benches and moving around in large groups. 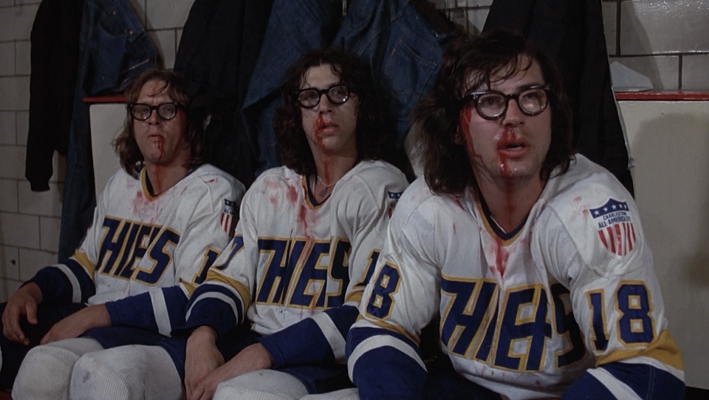 The last time the NHL saw teams hopping over the boards to join in a huge brawl, like what you see in the hockey class film “Slap Shot,” has been decades. 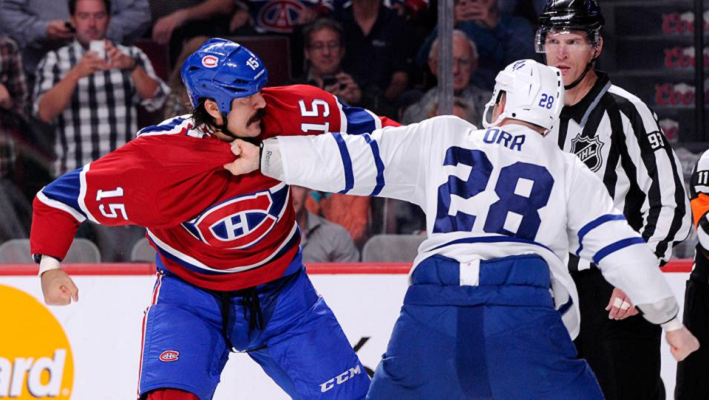 The last time you saw teams brawling en masse during an NHL game was February 26, 1987, when the Quebec Nordiques were playing the Boston Bruins. These two teams were rivals in the Adams Division back then, and this was a typically physical game between the two sides. There were some huge hits, and Jay Miller and Gord Donnelly tussled in a fight in the first period. 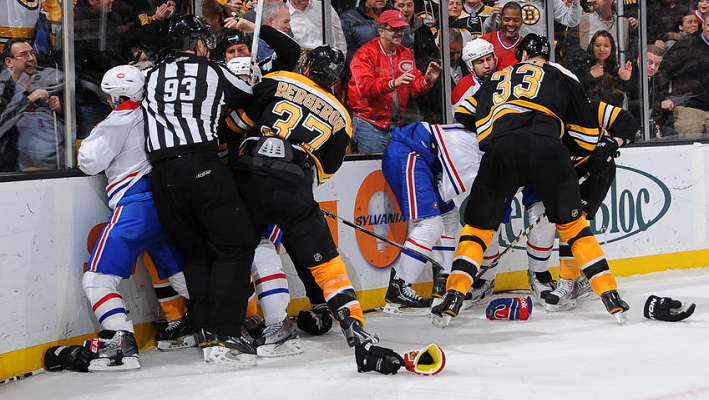 Once Boston went up 4-0, things finally got to a boiling point, and nine minutes into the second period, Randy Moller and Nevin Markwart started to fight. Then other players started pairing off to fight. The two benches emptied, as even the backup goaltenders got involved in the fisticuffs. Once the officials could finally bring order back to the arena, referee Terry Gregson sent six Bruins and three Nordiques off with game misconducts. He also assessed 11 fighting majors and six minor penalties. The B’s had 96 penalty minutes, all told, from the fight, while the Nordiques tallied 71. Quebec did draw some energy from the fight, but Boston still prevailed 6-2. 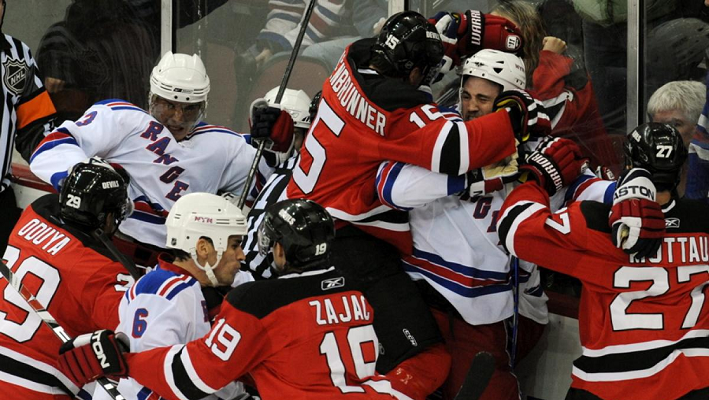 The next summer, the NHL instituted Rule 70.1 to keep any sort of fight like that from happening. This rule created a $10,000 maximum fine and a 10-game suspension for a player who left his bench to join in a fight. Every now and then, a player will break the rule and end up getting the discipline, most recently David Clarkson, who came off the bench to fight in the 2013-14 preseason, but for the most part the rule has kept players on the bench even when fights are breaking out on the ice.
Sources:
Hockeyfights.com: http://www.hockeyfights.com/fights/56012
IMDB.com: http://www.imdb.com/title/tt0076723/
Older post
Newer post